Sparks fly between a football pro and an ex-WNBA player. But he needs to prove that he’s more than a sports hero if he wants it all in this steamy standalone from the New York Times bestselling author of Down & Dirty and Hot & Heavy.

Tanner: I may be a baller, but I’ve always tried to do the right thing. Maybe it’s because I’ve been in charge of my four younger sisters for half my life, or because I understand how important it is to be a role model—something I learned from my grandfather, a Southern Baptist preacher who marched with Martin Luther King, Jr. Either way, my pro football career makes it easier to give back, so when a local rec center needs help, I do my best to even the playing field. And not just because Elara Vance, the smoking hot ex-WNBA player who runs the place, has me looking to score off the field.

Elara: Before I got sidelined by an injury, my time on the court taught me that pro athletes are all flash and no substance. Sure, Tanner Green talks a good game and wields a big checkbook, but I’m not buying the whole good guy routine. Still, it’s hard to miss all the good he’s doing for my rec center and even harder to ignore the way one look from him makes me tremble in all the best ways. I just wish I knew if he’s for real. Something tells me a little one-on-one might be the only way to find out. . . .

“Loved it! Finally, a sports romance where the heroine is every bit the unapologetic badass athlete as the hero. Romance needs more female leads like Elara.”—Tricia Lynne, author of Moonlight & Whiskey

“Rough & Ready is a spirited story line. The premise is entertaining, engrossing, and stimulating; the characters are confident and animated; the romance is impassioned and seductive.”—The Reading Cafe

An excerpt from Rough & Ready

My towel starts to slip before she can answer and I grab it with one hand, just to make sure this bizarre showdown doesn’t get any worse. The other hand I keep free to block an attack because, from the way she’s tensed up, it suddenly doesn’t seem out of the realm of possibility that she’ll go for my eyes—or my balls—with those long, slender fingers of hers.

“Help me? Help me?” The look she gives me makes me sweat—and not in a good way. “I’m pretty sure you’ve done enough already. And I know, I should just let it go because expecting someone like you to understand why I’m upset is asking way too much. But you’re a really shitty person, you know that?”

“Me?” I ask, and this time I know I sound as shocked as I feel. But, come on. I’ve been called a lot of things in my life, but ‘shitty person’ is not one of them—at least not by anyone outside a rival team’s defensive line. In fact, I work damn hard to make sure that description can’t be applied to me, because I get how important it is for kids to have role models they can actually look up to. “I think you might have the wrong person?”

“I bet you do. But you’re Tanner Green, aren’t you.” It’s not actually a question the way she says it.

“I am,” I reply cautiously, visions of fake baby daddy accusations now buzzing in my head. I’m suddenly worried that she’s the shitty person here, and judging from the way the rest of the O line is looking anywhere but at me, I’m not the only one thinking that.

“Then I definitely have the right person.” She narrows her eyes at me until they’re little more than slits. “Look around, Green. I mean, seriously. You’ve got thousand-dollar chairs and five-thousand-dollar TVs every ten feet in here. You have more money than anybody needs, access to more fundraising dollars than practically any other nonprofit organization in the city, and that’s still not enough for you, right? You still have to go and steal other people’s funding. Why?”
The breath I didn’t even know I was holding whooshes out. Okay, so not a false paternity accusation, then. Thank God. But that just means I’m even more confused now, because I have no damn idea what she’s talking about.

“Are you sure you’ve got the right person, sweetheart? Because I haven’t stolen anybody’s funding that I’m aware of. I haven’t even gone after any funding for my foundation lately.” Largely because we’re solid, the five-million-dollar annuity I set up my third year as a pro player does its job nicely, especially with the regular donations I get from different players and fans around the country who believe in what I’m doing. Add to that all the unsolicited donations football-loving business leaders give us and we’re pretty much golden right now.

“Really? Why is it, then, that Jack Reilly just announced a fifteen-million-dollar donation to the Tanner Green Foundation? Fifteen million dollars. I’ve been standing on my head to get just a little bit of that money for months—and so have a lot of other really important organizations in this city—and you just come in and waltz away with the whole damn prize. Which would be fine, because who doesn’t like a foundation for underprivileged youth, right? Except yours isn’t the only one in town. Plus, just by dint of its existence, you leave out more than fifty percent of the population and that’s total bullshit. Especially if you’re going to take such a big percentage of the money. Underprivileged girls need help, too, you know, and it’s really crappy to take all the funding for some football charity that totally excludes them.”

She balls up her fist, and for a second I think she’s actually going to hit me. I prepare to block, not because I’m worried about the punch but because I don’t want her to hurt her hand when she slams it into me. She’s tall and obviously athletic, with muscles that look like they can do some real damage to a normal person. But I’m not normal and I never have been.

If possible, her eyes narrow even more. “Call me sweetheart one more time, you dick, and I’m going to break your nose.”

Beside me, Darnell makes a choking noise. Not that I blame him. This whole conversation is going south fast, which is terrifying considering where it started.

I mean, how am I supposed to respond to her? If a guy had said that to me, I’d tell him to bring it on and then knock him on his ass hard enough that he learns not to make bullshit threats. But what the hell am I supposed to say to this woman who looks like she’s at least half Amazon—and acts like it, too.

“Okay.” I hold the hand that isn’t clutching the towel up in a placating gesture. “Why don’t you tell me what your name is, then? Or better yet, give me five minutes to get dressed and we can go somewhere and talk about this over a cup of coffee. The last thing I ever want to do is take money from kids who need it.”

Her eyebrows hit her hairline. “You actually think I’m going to get coffee with you after what you did?”

I didn’t do anything. I met Jack Reilly at a party a few nights ago and shared a beer with the guy. How was I supposed to know that an autograph for his kid would lead to a fifteen-million-dollar donation to my charity? “You will if you want a chance to solve this—”

“What’s there to solve? You and your damn football foundation get all the money and the rest of us are left out in the cold, as usual.” She shakes her head. “I’m so sick of this. I work my ass off to get funding for my kids—boys and girls. For sports programs, sure, but also for art and drama, music and dance.

“And academic programs, because—amazingly enough—there are things in the world other than football. I did powerpoints and flow charts and a ten year plan for what the donations could do for my center plus I let that arrogant asshole flirt with me for weeks and for what? To have some player”—she says it like it’s a curse word—“just waltz in and take everything for his foundation like football is the most important thing in the whole freaking world?”

I feel my own temper start to heat up, but I do my best to hold it back. Something tells me if I lose my cool right now there’s going to be a hell of a lot of fireworks . . . and any chance of finding a solution to her problem will go right out the window. Not that I should care, but I do. It’s hard not to admire a woman willing to go toe-to-toe with a guy who looks like me and come out on top.

“Look, I’m sorry if you lost some funding,” I tell her. “I know how much that hurts. Let me get dressed and we can talk about—”

“Not some funding, you jerk.” She’s so mad she’s all but spitting the words out now. “All the funding for the new programs I’ve been working to put in place, programs that would give inner-city kids in San Diego a chance to go to college for more than just football. That would give them a chance for a life that doesn’t lead to concussions and broken, worn-out bodies by the time they’re thirty-five.”

Her eyes sweep over me as if to say mine is one of the broken, worn-out bodies she’s talking about. “I hope your foundation enjoys all the gold-plated helmets and giant TVs this will buy. In the meantime, you can take your invitation for coffee and your calm-the-crazy-lady-down tone and blow right off.”

Then she whirls around and storms out of the locker room without a backward glance, leaving a shocked and horrified Lacey in her wake.
And me staring after her, wondering why the hell I suddenly feel like I’m as big an a-hole as she apparently thinks I am.

New York Times and USA Today bestselling author Tracy Wolff wrote her first short story—something with a rainbow and a prince—in second grade, around the same time she forayed into the wonderful world of girls lit with her first Judy Blume novel. By ten she’d read everything in the young adult and classics sections of her local bookstore, so in desperation her mom started her on romance novels. And from the first page of the first book, Tracy knew she’d found her life-long love. A one-time English professor with over fifty novels to her name, she now devotes most of her time to writing romance and dreaming up heroes. She lives in Austin, Texas, with her family. 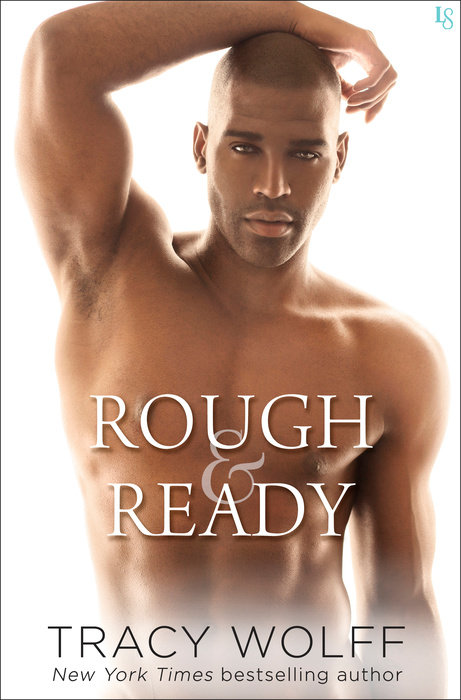