THE INSTANT BESTSELLER • An indelible portrait of girls, the women they become, and that moment in life when everything can go horribly wrong

Northern California, during the violent end of the 1960s. At the start of summer, a lonely and thoughtful teenager, Evie Boyd, sees a group of girls in the park, and is immediately caught by their freedom, their careless dress, their dangerous aura of abandon. Soon, Evie is in thrall to Suzanne, a mesmerizing older girl, and is drawn into the circle of a soon-to-be infamous cult and the man who is its charismatic leader. Hidden in the hills, their sprawling ranch is eerie and run down, but to Evie, it is exotic, thrilling, charged—a place where she feels desperate to be accepted. As she spends more time away from her mother and the rhythms of her daily life, and as her obsession with Suzanne intensifies, Evie does not realize she is coming closer and closer to unthinkable violence.

Praise for The Girls

“A spectacular achievement.”—Lucy Atkins, The Times

An excerpt from The Girls

I noticed their hair first, long and uncombed. Then their jewelry catching the sun. The three of them were far enough away that I saw only the periphery of their features, but it didn’t matter—I knew they were different from everyone else in the park. Families milling in a vague line, waiting for sausages and burgers from the open grill. Women in checked blouses scooting into their boyfriends’ sides, kids tossing eucalyptus buttons at the feral-looking chickens that overran the strip. These long-haired girls seemed to glide above all that was happening around them, tragic and separate. Like royalty in exile.

I studied the girls with a shameless, blatant gape: it didn’t seem possible that they might look over and notice me. My hamburger was forgotten in my lap, the breeze blowing in minnow stink from the river. It was an age when I’d immediately scan and rank other girls, keeping up a constant tally of how I fell short, and I saw right away that the black-haired one was the prettiest. I had expected this, even before I’d been able to make out their faces. There was a suggestion of otherworldliness hovering around her, a dirty smock dress barely covering her ass. She was flanked by a skinny redhead and an older girl, dressed with the same shabby afterthought. As if dredged from a lake. All their cheap rings like a second set of knuckles. They were messing with an uneasy threshold, prettiness and ugliness at the same time, and a ripple of awareness followed them through the park. Mothers glancing around for their children, moved by some feeling they couldn’t name. Women reaching for their boyfriends’ hands. The sun spiked through the trees, like always—the drowsy willows, the hot wind gusting over the picnic blankets—but the familiarity of the day was disturbed by the path the girls cut across the regular world. Sleek and thoughtless as sharks breaching the water.

It was the end of the sixties, or the summer before the end, and that’s what it seemed like, an endless, formless summer. The Haight populated with white-garbed Process members handing out their oat-colored pamphlets, the jasmine along the roads that year blooming particularly heady and full. Everyone was healthy, tan, and heavy with decoration, and if you weren’t, that was a thing, too—you could be some moon creature, chiffon over the lamp shades, on a kitchari cleanse that stained all your dishes with turmeric.

But that was all happening somewhere else, not in Petaluma with its low-hipped ranch houses, the covered wagon perpetually parked in front of the Hi-Ho Restaurant. The sun-scorched crosswalks. I was fourteen but looked much younger. People liked to say this to me. Connie swore I could pass for sixteen, but we told each other a lot of lies. We’d been friends all through junior high, Connie waiting for me outside classrooms as patient as a cow, all our energy subsumed into the theatrics of friendship. She was plump but didn’t dress like it, in cropped cotton shirts with Mexican embroidery, too-tight skirts that left an angry rim on her upper thighs. I’d always liked her in a way I never had to think about, like the fact of my own hands.

Come September, I’d be sent off to the same boarding school my mother had gone to. They’d built a well-tended campus around an old convent in Monterey, the lawns smooth and sloped. Shreds of fog in the mornings, brief hits of the nearness of salt water. It was an all-girls school, and I’d have to wear a uniform—low-heeled shoes and no makeup, middy blouses threaded with navy ties. It was a holding place, really, enclosed by a stone wall and populated with bland, moon-faced daughters. Camp Fire Girls and Future Teachers shipped off to learn 160 words a minute, shorthand. To make dreamy, overheated promises to be one another’s bridesmaids at Royal Hawaiian weddings.

My impending departure forced a newly critical distance on my friendship with Connie. I’d started to notice certain things, almost against my will. How Connie said, “The best way to get over someone is to get under someone else,” as if we were shopgirls in London instead of inexperienced adolescents in the farm belt of Sonoma County. We licked batteries to feel a metallic jolt on the tongue, rumored to be one-eighteenth of an orgasm. It pained me to imagine how our twosome appeared to others, marked as the kind of girls who belonged to each other. Those sexless fixtures of high schools.

Every day after school, we’d click seamlessly into the familiar track of the afternoons. Waste the hours at some industrious task: following Vidal Sassoon’s suggestions for raw egg smoothies to strengthen hair or picking at blackheads with the tip of a sterilized sewing needle. The constant project of our girl selves seeming to require odd and precise attentions.

As an adult, I wonder at the pure volume of time I wasted. The feast and famine we were taught to expect from the world, the countdowns in magazines that urged us to prepare thirty days in advance for the first day of school.

Day 28: Apply a face mask of avocado and honey.

Back then, I was so attuned to attention. I dressed to provoke love, tugging my neckline lower, settling a wistful stare on my face whenever I went out in public that implied many deep and promising thoughts, should anyone happen to glance over. As a child, I had once been part of a charity dog show and paraded around a pretty collie on a leash, a silk bandanna around its neck. How thrilled I’d been at the sanctioned performance: the way I went up to strangers and let them admire the dog, my smile as indulgent and constant as a salesgirl’s, and how vacant I’d felt when it was over, when no one needed to look at me anymore.

I waited to be told what was good about me. I wondered later if this was why there were so many more women than men at the ranch. All that time I had spent readying myself, the articles that taught me life was really just a waiting room until someone noticed you—the boys had spent that time becoming themselves.

Emma Cline is the New York Times bestselling author of The Girls, which was a finalist for the Center for Fiction's First Novel Prize, the National Book Critics Circle John Leonard Award, and the Los Angeles Times Book Prize. It was a New York Times Editor’s Choice and was the winner of the Shirley Jackson Award. Her short story collection Daddy was praised by the New York Times Book Review (“Brilliant”) and by Esquire (“Cline is a staggering talent”). Cline's stories have been published in The New Yorker, Granta, and The Paris Review. She received the Plimpton Prize from The Paris Review, an O’Henry Award, and was chosen as one of Granta's Best Young American Novelists. 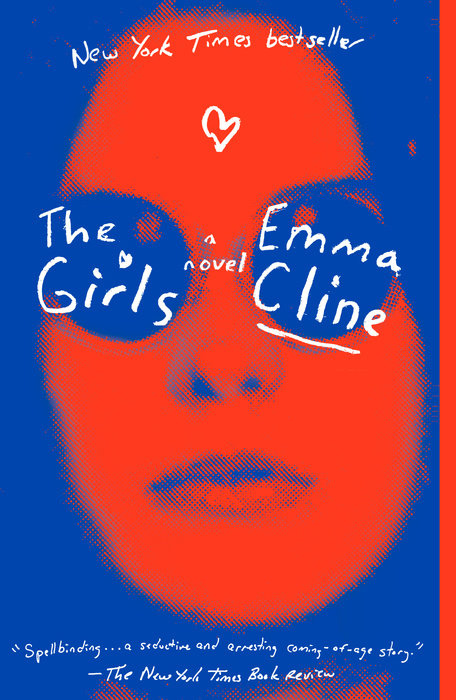