In the first Chicago Aces romance from the bestselling author of the Heller Brothers Hockey series, a fun-loving free spirit tempts an uptight hockey star into opening himself up to love.

As the captain of the Chicago Aces, Marc Dupuis is all business. The apartment he shares with his teammate and best friend, Duncan, is a refuge from the pressures of fame. But when the sexiest woman he’s ever seen interrupts his early morning coffee wearing only a skimpy cami and matching panties, Marc can’t exactly say he minds. Their chemistry is off the charts. Unfortunately, this girl’s no random puck bunny. She’s Duncan’s little sister—and she’s moving in.

Lovey Armstrong could stare at Marc’s chiseled abs and listen to his French-Canadian accent all day. She just has no idea what’s going on inside his head: When he’s not charming her pants off, Marc makes a Zamboni machine seem warm and cuddly. Lovey knows the team’s bro code says no messing with sisters, but all these mixed messages are hard on a girl’s self-esteem—especially since she’s finally getting her new life together in Chicago. She decides he’s worth another shot . . . because if anyone can melt the ice around Marc’s heart, it’s Lovey.

“Fun and sexy . . . I look forward to reading the next book in the Aces Hockey series.”—Smut Book Junkie

An excerpt from Major Misconduct

Lovey frowned, her cellphone held to her ear. “What kind of greeting is that?”

Lovey beamed at the taxi driver as he hauled her last suitcase into the condominium lobby on East Monroe Street in the Chicago Loop. She shifted the phone away as she handed him some folded bills so she wasn’t speaking to Duncan. “Thank you so much.”

He smiled back at her. “Sure you don’t want me to help get them up to your condo?”

“No, that’s fine. My brother and his roommate are big strong guys. They’ll help me with things.” She heard a faint snort on the phone. “Thank you again for your help.”

He nodded and chilly air rushed into the lobby as he opened the door and walked out.

“Where are you, Lovey?” Duncan asked.

“I’m standing in your lobby!” She turned a circle in the elegant lobby, taking in the arrangement of modern furniture and huge potted plants, winter sunshine flooding through tall windows. “I’m here to stay with you.”

She briefly bit her bottom lip. “Just felt like coming to see my big brother in the big city.”

“Can you come down and help me with my luggage?”

Another audible exhalation. “I’ll be right down.”

Lovey smiled. “Thanks, Dunc.” She ended the call and dropped her phone into her purse. She grabbed her suitcases, but with her purse over her shoulder, her carry-on balanced precariously on top of one case, and both of the pieces of luggage huge and heavy, she struggled across the pale stone-tiled floor toward the elevators in her high-heeled boots. Then the carry-on slipped, pulling her off balance, tipping the suitcase. She released the other one and fought for control of the weighty beast, purse falling off her shoulder, throwing her even more off balance. “Oh, for the love of cheese.”

Her hair fell across her face and she began to sweat. The sweater and wool pants were appropriate for Chicago in October, but inside the warm lobby, fighting with uncooperative luggage, she was getting hot. Also high-heeled boots were stylish but not exactly helpful when wrestling suitcases.

She was just getting the suitcase righted when the elevator doors slid open. Then her other suitcase topped over with a bang. Duncan strolled out, taking in her flustered state with a long-suffering big-brother look.

Lovey pushed her hair back and straightened, bestowing one of her highest-wattage smiles on her brother. She threw out her arms and rushed at him for a hug. “Hey! So good to see you!”

He hugged her back, then with a shake of his head and a reluctant smile he set her away from him. “Good to see you too, Lovey. Still not sure what the hell you’re doing here . . .” He surveyed her luggage. “With apparently your entire wardrobe.” He lifted an eyebrow. “But come on up.”

He grabbed her suitcases, including the carry-on, and headed back into the waiting elevator. Lovey slung her purse over her shoulder and tapped along behind him. Easy for him. Big bro was an NHL hockey player—six foot two, two hundred pounds, big muscles everywhere. One corner of her mouth kicked up. There were advantages to having a brother who was big. Really big. And strong.

The doors slid closed and Duncan punched the button for the fourteenth floor.

“Thank you,” she said gratefully. “Those suitcases weigh a ton.”

“How the hell did you get on the plane with them? And from the airport to here.”

She shrugged. “There were always people around offering to help.”

He shook his head, lips twitching.

“What’s with the beard?” She touched her own chin with thumb and forefinger. “You look like a mountain man. I thought you only grew a beard during playoffs.”

He shrugged. “I got tired of shaving.”

“Duncan! Eew. No woman is going to find that attractive.”

“And it’s freezing here! Why is it so cold here?”

“It’s forty degrees,” Duncan said dryly. “And probably not much colder than Madison.”

“Chicago is no windier than any other city.”

She frowned. “But it’s called the Windy City.”

“That apparently has to do with the long-windedness of Chicago politicians.”

“Huh.” She tipped her head. “Really? But it is windy today. I’m sure hundred-mile-an-hour winds.”

The doors opened and he let her exit first, but she paused, unsure which way to go. It was the first time she’d visited him since he’d bought this super lux condo that had to have cost a gazillion dollars. Nice to have that kind of money.

She’d felt a few twinges of guilt about arriving unannounced to stay with him, but she kept reminding herself his condo was huge. He did have a roommate, but still, there were three bedrooms, so she wouldn’t be putting anyone out. She’d be sure to stay out of their way. Not interfere with their game day routines. She’d clean up after herself.

He led them into his condo and she swept her gaze around, taking it all in.

“This is gorgeous! Holy cheese-its, Dunc!”

Wide-plank hardwood floors stained a dark chocolate color stretched all through the unit. Big windows let in bright golden sunshine. She lifted an eyebrow at the exercise equipment in the dining room instead of a table and chairs. Two big brown leather couches and a couple of oversized chairs were centered on a patterned rug in the living room, a big square table in the middle.

She walked through and turned to the kitchen. Creamy cupboards and granite countertops formed a U-shape around a substantial island with a couple of stools at the end of it. She blinked at the empty pizza boxes and beer bottles littering the counter, then turned away with a shrug.

“This is amazing.” She shook her head. “How much did you pay for this place? I’m guessing five million.”

He laughed. “Not even close.”

“None of your business, li’l sis.” He leaned against the island and crossed his arms. “Now tell me what you’re doing here.” 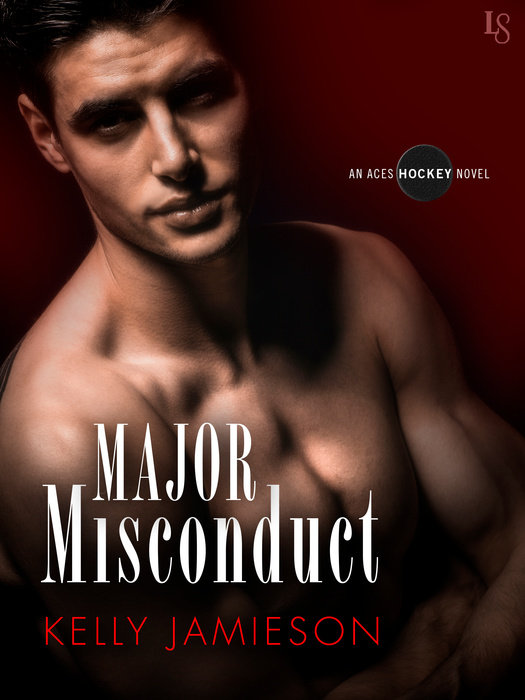