WINNER OF THE NATIONAL BOOK AWARD

In 1964, Jonathan Kozol entered the Boston Public School system to teach fourth grade at one of its most overcrowded inner-city schools. Here, he unflinchingly exposes the disturbing "destruction of hearts and minds in the Boston public school." Death at an Early Age is the unsparing, heart-wrenching account of the year he spent there—the most shocking and powerful personal story ever told by a young teacher, now updated with a new epilogue by the author.

“Honest and terrifying… the heartbreaking story it tells has to be read.”—Robert Coles, The New York Times Book Review

“Will anger you to the boiling point and may make you want to weep… I recommend—with considerable urgency—Death at an Early Age.”—Chicago Tribune

Jonathan Kozol is the author of Death at an Early Age (for which he received the National Book Award), Savage Inequalities, Amazing Grace, and other award-winning books about young children and their public schools. He travels and lectures about educational inequality and racial injustice. 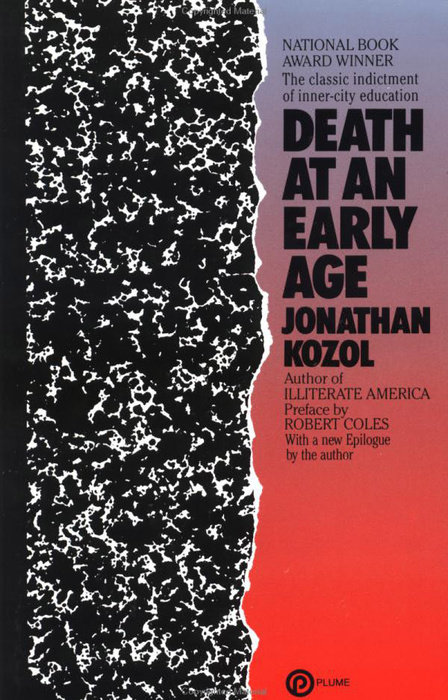