Even fifteen years after the end of the Cold War, it is still hard to grasp that we no longer live under its immense specter. For nearly half a century, from the end of World War II to the early 1990s, all world events hung in the balance of a simmering dispute between two of the greatest military powers in history. Hundreds of millions of people held their collective breath as the United States and the Soviet Union, two national ideological entities, waged proxy wars to determine spheres of influence–and millions of others perished in places like Korea, Vietnam, and Angola, where this cold war flared hot.

Such a consideration of the Cold War–as a military event with sociopolitical and economic overtones–is the crux of this stellar collection of twenty-six essays compiled and edited by Robert Cowley, the longtime editor of MHQ: The Quarterly Journal of Military History. Befitting such a complex and far-ranging period, the volume’s contributing writers cover myriad angles. John Prados, in “The War Scare of 1983,” shows just how close we were to escalating a war of words into a nuclear holocaust. Victor Davis Hanson offers “The Right Man,” his pungent reassessment of the bellicose air-power zealot Curtis LeMay as a man whose words were judged more critically than his actions.

The secret war also gets its due in George Feiffer’s “The Berlin Tunnel,” which details the charismatic C.I.A. operative “Big Bill” Harvey’s effort to tunnel under East Berlin and tap Soviet phone lines–and the Soviets’ equally audacious reaction to the plan; while “The Truth About Overflights,” by R. Cargill Hall, sheds light on some of the Cold War’s best-kept secrets.

The often overlooked human cost of fighting the Cold War finds a clear voice in “MIA” by Marilyn Elkins, the widow of a Navy airman, who details the struggle to learn the truth about her husband, Lt. Frank C. Elkins, whose A-4 Skyhawk disappeared over Vietnam in 1966. In addition there are profiles of the war’s “front lines”–Dien Bien Phu, the Cuban Missile Crisis, the Bay of Pigs–as well as of prominent military and civil leaders from both sides, including Harry S. Truman, Nikita Khrushchev, Dean Acheson, Gen. Douglas MacArthur, Richard M. Nixon, Gen. Vo Nguyen Giap, and others.

Encompassing so many perspectives and events, The Cold War succeeds at an impossible task: illuminating and explaining the history of an undeclared shadow war that threatened the very existence of humankind.

An excerpt from The Cold War

The Day the Cold War Started

On May 7, 1945, at General Dwight D. Eisenhower’s headquarters at Rheims in France, Germany surrendered unconditionally to the Allies, formally ending almost six years of war in Europe. It took less than a year, three seasons only, for the Grand Alliance of the United States, Great Britain, and the Soviet Union to fall apart, and with it, lasting hopes of a peaceful international order. In that time the Soviets had swallowed much of Eastern Europe, and the West was beginning to accept, however reluctantly, the inevitability of a divided continent. The Soviets were also occupying northern Iran and were threatening to extend their influence, if not their outright domination, to the Persian Gulf. But as the year 1946 began, no country felt the menace of Soviet expansionist pressure more than Turkey. The Russians were asking—demanding, rather—to be allowed to establish naval and army bases in the Bosporus and Dardanelles. Would control of the eastern end of the Mediterranean be next? Soviet troops began to mass on the borders with Turkey.

As early as January 5, 1946, the new American president, Harry S. Truman, worried out loud to his secretary of state, James Byrnes, that the Soviets intended to invade Turkey. “Unless Russia is faced with an iron fist and strong language,” Truman said, “another war is in the making.” Then he added (and remember, this was a time when the American armed forces were demobilizing thousands of men each day), “Only one language do they understand—‘How many divisions have you?’” A month later, the Soviet ruler, Joseph Stalin, gave a speech announcing a new five-year plan. He went on to attack capitalism and to remark threateningly that his nation should be prepared for “all kinds of eventualities.” Back in Washington, Justice William O. Douglas remarked to the secretary of the navy, James Forrestal, that Stalin’s speech sounded like “the declaration of World War III.”

The gloves were off. The former British prime minister, Winston Churchill, spoke at Westminster College in Fulton, Missouri, on March 5; Truman introduced him. “From Stettin in the Baltic to Trieste in the Adriatic,” Churchill said, “an Iron Curtain has descended across the Continent.” His words were not a call for war—not yet—but a counsel of preparedness. The time had come to check Soviet expansionism. “From what I have seen of our Russian friends and allies during the war, I am convinced that there is nothing they admire so much as strength, and there is nothing for which they have less respect than for weakness, especially military weakness.” Stalin could not let the Fulton speech go without a public comment: “Mr. Churchill is now in the position of a firebrand of war.”

Truman’s January 5 outburst, Stalin’s February broadside, or Churchill’s Missouri warning: One might pick any number of symbolic days when the ideological and military struggle that was to consume the world for the next forty-five years began. James Chace, the biographer of Dean Acheson, argues that the pride of date belongs to August 19, 1946. That was the day when the Truman administration publicly rejected Stalin’s call for joint Soviet-Turkish defense of the Straits—and backed up its words by dispatching a naval task force to Istanbul. For the first time (and not for the last), the United States had proclaimed to the Soviets that, to protect its interests, it was not afraid to resort to arms.

JAMES CHACE, who died in the fall of 2004, was a distinguished historian, foreign policy analyst, editor, and teacher. He is best known for his biography, Dean Acheson: The Secretary of State Who Created the American World, as well as several books on international affairs, including Solvency, America Invulnerable (with Caleb Carr), The Consequences of the Peace, and a memoir, What We Had. His final book was 1912: Wilson, Roosevelt, Taft & Debs—the Election That Changed the Country. The former managing editor of Foreign Affairs and editor in chief of World Policy Journal, Chace was the Henry Luce Professor in Freedom of Inquiry and Expression at Bard College.
Stephen E. Ambrose was the author or coauthor of more than 30 books on military affairs and foreign policy. Early in his career he was an associate editor of the Eisenhower papers, and he later went on to publish the definitive three-part biography of Eisenhower, as well as many bestselling books of military history, including Band of Brothers and Undaunted Courage. He died in 2002.

Thomas Fleming is a distinguished historian and the author of numerous critically acclaimed and bestselling novels. His masterpiece, The Officers’ Wives, was an international bestseller with over two million copies sold. His novels Time and Tide and Liberty Tavern were both New York Times bestsellers. He is also the author to the award-winning PBS mini-series Liberty! The American Revolution. A decade ago Fleming was elected a Fellow of the Society of American Historians. He writes frequently for American Heritage Magazine and is contributing editor of the Quarterly Journal of Military History. His most recent non-fiction novel is Duel: Alexander Hamilton, Aaron Burr, and the Future of America. Thomas Fleming lives in New York City.

Victor Davis Hanson has written or edited numerous books, including The Western Way of War, The Wars of the Ancient Greeks, The Soul of Battle, Carnage and Culture, and Ripples of Battle. He is also the author of two bestselling collections of essays: An Autumn of War and Between War and Peace. He is director emeritus of the classics program at California State University, Fresno, and currently a classicist and military historian at the Hoover Institution, Stanford University. He has been a National Endowment for the Humanities fellow, a fellow at the Center for Advanced Study in Behavioral Sciences at Stanford, an Onassis fellow in Greece, Shifrin Professor at the U.S. Naval Academy, Annapolis, and a recipient of the Eric Brendel Memorial Award for journalism. He lives and works with his wife and three children on their forty-acre tree and vine farm near Selma, California, where he was born in 1953. 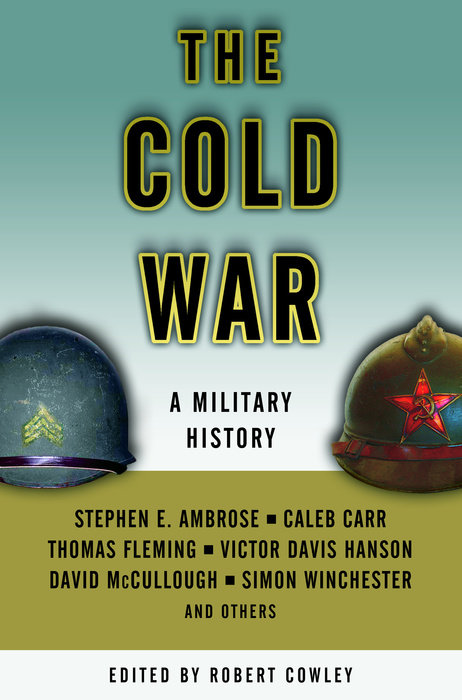