His films make billions, but his manners make enemies. What the boy king wants, he gets, and what Nelsen wants is for Elvis to comb the country for the wife and infant child the film-school flunkout dumped en route to becoming the third-biggest filmmaker in America. It’s the kind of case Cole can handle in his sleep—until it turns out to be a nightmare. For when Cole finds Nelsen’s ex-wife in a small Connecticut town, she’s nothing like he expects. She has some unwanted—and very nasty—mob connections, which means Elvis could be opening an East Coast branch of his P.I. office...at the bottom of the Hudson River.

“Elvis [Cole] is the greatest . . . [ he is] perhaps the best detective to come along since Travis McGee.”—San Diego Tribune

“[Crais is] far better at the private-eye-novel racket than most writers.”—Newsweek

An excerpt from Lullaby Town

“Yes, it is.” I was lying on the leather couch across from my desk, enjoying the view that I have of the Channel Islands. I used to have chairs, but a couch is much better to relieve one of the rigors of world-­class detecting.

She said, “Were you sleeping?”

I gave her miffed. “I never sleep. I’m waiting for Cindy to come out onto the balcony next door.” The glass doors leading out to my little balcony were open to catch the breeze that was blowing up Santa Monica Boulevard into West Los Angeles. It was a nice breeze, cool and smelling of salt and sea birds. The open doors were also better to let me hear Cindy.

I switched the phone from the left ear to the right. The left ear was still sore from having been hit hard two times by a Cajun with large forearms and no teeth. “Cindy is a beauty supply distributor who took the office space next door.”

“Your callousness and insensitivity are unbecoming. She is a very nice woman with a ready laugh.”

“The private-­detecting life is a lonely one. After cleaning the guns and oiling the blackjack, what’s a guy to do?”

“You could have lunch with me at Lucy’s El Adobe Café across from Paramount.”

Pat Kyle laughed. It was clear and without apology, the way a laugh should be. Pat Kyle is forty-­four years old and five feet four, with curly auburn hair and good bones and an athlete’s build. When we met six years ago, she looked like the Graf Zeppelin and was having trouble getting out of a bad marriage. I helped. Now she ran four fast miles every day, had her own casting agency, and was engaged to a dentist from Pasadena. Maybe one day I’d learn to like him. She said, “I’m casting a film for Kapstone Pictures and a director named Peter Alan Nelsen. Do you know who he is?”

“That’s right. With great success. Time magazine called him the King of Adventure.”

“They called him a few other things, too.” Arrogant, demanding, brilliant. I had read the article.

“Yes. There is that.” You could hear something behind her. Voices, maybe. “Peter has a problem and I mentioned your name. The Kapstone people want to talk with you.”

“Okay.” I swung up into a sitting position and put my feet on the floor. The detective, ready for action.

“When Peter was in film school, he broke up with his wife just after they had their only child. A boy. Peter hasn’t seen or heard from his former wife or their son since, and he wants to find them. I told him that finding people is one of your best things. Are you interested?”

“Kapstone has offices at Paramount. I’ll leave a pass at the main gate for you to see Donnie Brewster. Donnie’s the head of production.” Donnie. A twelve-­year-­old running a film company. “Can you be here in about twenty minutes?”

“Let me check my calendar.”

She said, “Ha. What calendar?”

“Callous. You dames are callous.”

She made the nice laugh again and hung up.

I pushed up off the couch and thought about Kapstone Pictures and Peter Alan Nelsen. The Big Time. I was wearing a white Mickey Mouse sweatshirt with a mustard spot high on the right shoulder. Mickey would be okay, but the mustard spot was definitely unacceptable. Did I have time to race home for the tux? I looked at the Pinocchio clock. Unh-­unh. I took off the Mickey and put on a yellow-­and-­white Hawaiian beachcomber’s shirt, a Dan Wesson .38 caliber revolver, and a light blue waiter’s jacket. Dress for success. I began to hum. There’s no business like show business. I turned on the answering machine and listened to the same message I’d been running for two months. “Elvis Cole Detective Agency, we’re cheap.” Maybe it was time for a change. You work for a major film company, you need something a bit more show business. Elvis Cole Detective Agency: There are no small cases, only small detectives—­hire the biggest dick in the business! I decided to leave well enough alone.

I walked the four flights down to the parking garage, got my car, and drove east along Santa Monica Boulevard through the belly of Hollywood. It was October, and the air was cool. I’ve got a 1966 Corvette convertible, but it wasn’t so cool that I had to put up the top. It rarely was. Global warming. With the end of summer, the cars from Utah and Michigan and Delaware were gone, but the cars from Canada were arriving. Snowbirds, come down to beat the cold. At a red light on Santa Monica and La Brea I pulled up next to a maroon Buick sedan from Alberta with a very short man and a very short woman in the front seat and two very short children in the rear. The man was driving and looked confused. I gave them a big smile and a wave and said, “Welcome to Los Angeles.” The woman rolled up her window and locked the door.

I stayed on Santa Monica to Gower, then turned right and followed Gower down past the Hollywood Cemetery to Paramount.

Paramount Studios is an Olympian structure on the corner of Melrose and Gower with a beige stucco siege wall running around its perimeter. The wall is very high, with a heaviness and permanence that has kept Paramount in business long after most of the other original Hollywood studios have gone. In a neighborhood marked by poverty and litter and street crime, it is free from graffiti. Maybe if you got too near the wall, thugs in chain mail poured boiling oil on you from the parapets.

I rounded the corner at Melrose and tooled up to the guard at Paramount’s front gate. “Elvis Cole to see Donnie Brewster.”

The guard looked in a little file. “You the singer?”

The guard found a yellow slip, stuck it to my window with a piece of tape. “Not the King. That other guy. With the glasses.”

The guard shook his head sadly. “Christ, I remember a time, you said ‘Elvis’ there was only one.”

Donnie Brewster was in a two-­story earth-­colored adobe building with a red tile roof and bird of paradise plants the size of dinosaurs. A receptionist led me to a secretary who showed me into a dark-­paneled conference room. In the conference room were Patricia Kyle and a man in his late thirties with a sharply receding hairline and an eight-­hundred-­dollar sport coat that fit him like a wet tent. What hair he had left was pulled back tight into a short ponytail. Style.

Pat Kyle stood up and smiled and gave me a kiss. She’d been working on her tan since I’d last seen her and it looked good. “Elvis Cole, this is Donnie Brewster. Donnie, Elvis Cole.”

Donnie Brewster gave me a moist hand and looked nervous. “Christ, where were you? I thought you’d never get here.”

“The pleasure is all mine.”

Donnie gave me everyone’s-­out-­to-­get-­me eyes and glanced at Pat Kyle. “She warned me you thought you were a riot. What you’ve gotta understand is that this isn’t funny.” He held up three fingers. “There’s Spielberg, then Lucas, who doesn’t direct anymore, then Peter Alan Nelsen. Peter’s grosses total one point two billion worldwide over six pictures. He’s the third most successful director in the history of film, and he knows it.”

“Hard to keep it a secret from him.”

Donnie rubbed his hand over his scalp and tugged at his ponytail. When he rubbed, he rubbed hard. Maybe that’s why his hairline was receding. He said, “Peter’s gifted and brilliant. Gifted and brilliant people are sometimes difficult and have to be handled carefully.” I think he was saying it as much to himself as he was to me. He looked at Pat Kyle. “Did you tell him what this is about?”

“Yes.” Pat repeated what she had told me.

Donnie nodded and looked back at me. “That’s about it. We need someone who can find the ex and the kid and not waste a lot of time doing it.” 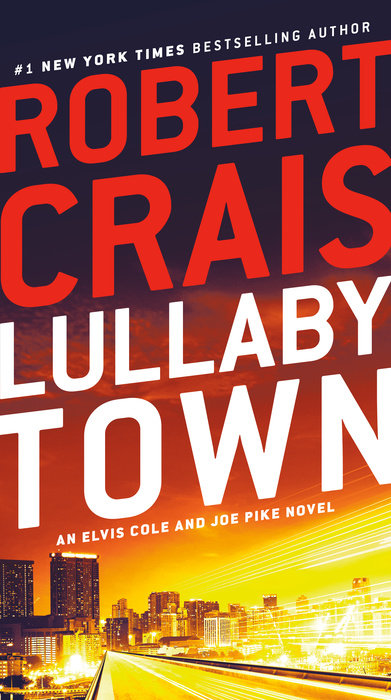