Prominent restaurateur Teddy Martin is facing charges in his wife’s brutal murder. But he’s not going down without spending a bundle of cash on his defense. So his hotshot attorney hires P.I. Elvis Cole to find proof that Detective Angela Rossi tampered with the evidence. Rossi needs a way back to the fast track after falling hard during an internal investigation five years ago. But Cole needs to know if she’s desperate enough to falsify the case against Martin in order to secure her own position. As Cole and his partner Joe Pike work their way through a tangle of witnesses and an even greater tangle of media, they begin to suspect that it’s not the police who are behind the setup.

An excerpt from Sunset Express

Jonathan Green came to my office on a hazy June morning with an entourage of three attorneys, a videographer, and an intense young woman lugging eight hundred pounds of sound recording equipment. The videographer shoved past the attorneys and swung his camera around my office, saying, “This is just what we need, Jonathan! It’s real, it’s colorful, it’s L.A.!” He aimed his camera at me past the Mickey Mouse phone and began taping. “Pretend I’m not here.”

I frowned at him, and he waved toward the lawyers. “Don’t look at me. At them. Look at them.”

I looked at them. “What is this?” I was expecting Green and an attorney named Elliot Truly, but not the others. Truly had arranged the meeting.

A man in his mid-forties wearing an immaculately tailored blue Armani suit said, “Mr. Cole? I’m Elliot Truly. This is Jonathan Green. Thanks for seeing us.”

I shook hands with Truly first, then Green. Green looked exactly the way he had the two times I’d seen him on 60 Minutes, once when he defended an abortion rights activist accused of murder in Texas and once when he defended a wealthy textile manufacturer accused of murder in Iowa. The Texas case was popular and the Iowa case wasn’t, but both were victories for the defense.

The videographer scrambled backward across the office to fit us into his frame, the woman with the sound gear hustling to stay behind the camera as they captured the moment of our first meeting. Armstrong steps onto the moon; the Arabs and the Israelis sign a peace accord; Jonathan Green meets the private detective. The woman with the sound equipment bumped into my desk and the videographer slammed against the file cabinet. The little figures of Jiminy Cricket on the cabinet fell over and the framed photo of Lucy Chenier tottered. I frowned at him again. “Be careful.”

The videographer waved some more. “Don’t look at me! Not at me! You’ll ruin the shot!”

I said, “If you break anything, I’ll ruin more than the shot.”

Green seemed embarrassed. “This is tiresome, Elliot. We have business here, and I’m afraid we’re making a bad impression on Mr. Cole.”

Truly touched my arm, trying to mitigate the bad impression. “They’re from Inside News. They’re doing a six-part documentary on Jonathan’s involvement in the case.”

The woman with the sound equipment nodded. “The inner workings of the Big Green Defense Machine.”

The videographer stopped taping and looked me up and down as if he found me lacking but wasn’t quite sure how. Then it hit him. “Don’t you have a gun?” He glanced around the office as if there might be one hanging on a wall hook.

He looked at Truly. “He should be wearing a gun. One of those things under the arm.” He was a small man with furry arms.

The woman nodded. “A hat would be nice. Hats are romantic.”

Jonathan Green’s face clouded. “I apologize, Mr. Cole. They’ve been with us for the past week and it’s becoming offensive. If it bothers you, I’ll ask them to leave.”

The videographer grew frantic. “Hey, forget the gun. I was just trying to make it a little more entertaining, that’s all.” He crouched beside the watercooler and lifted his camera. “You won’t even know we’re here. I promise.”

Truly pursed his lips at me. My call.

I made a little shrug. “The people who come to me usually don’t want a record of what we discuss.”

Jonathan Green chuckled. “It may come to that, but let’s hope not.” He went to the French doors that open onto the little balcony, then looked at the picture of Lucy Chenier. “Very pretty. Your wife?”

He nodded, approving. When he nodded, the two lesser attorneys nodded, too. No one had bothered to introduce them, but they didn’t seem to mind.

Jonathan Green sat in one of the leather director’s chairs across from my desk and the two lesser attorneys went to the couch. Truly stayed on his feet. The videographer noticed the Pinocchio clock on the wall, then hustled around to the opposite side of my desk so that he could get both me and the clock in the frame. The Pinocchio clock has eyes that move side to side as it tocks. Photogenic. Like Green.

Jonathan Green had a firm handshake, clear eyes, and a jawline not dissimilar to Dudley Do-Right’s. He was in his early sixties, with graying hair, a beach-club tan, and a voice that was rich and comforting. A minister’s voice. He wasn’t a handsome man, but there was a sincerity in his eyes that put you at ease. Jonathan Green was reputed to be one of the top five criminal defense attorneys in America, with a success rate in high-profile criminal defense cases of one hundred percent. Like Elliot Truly, Jonathan Green was wearing an impeccably tailored blue Armani suit. So were the lesser attorneys. Maybe they got a bulk discount. I was wearing impeccably tailored black Gap jeans, a linen aloha shirt, and white Reebok sneakers. Green said, “Did Elliot explain why we wanted to see you?”

“You represent Theodore Martin. You need investigators to help in the defense effort.” Theodore “Teddy” Martin had been arrested for Susan Martin’s murder and was awaiting trial. He had gone through two prior defense attorneys, hadn’t been happy with them, and had recently hired Jonathan Green. All the hirings and firings had been covered big time by the local media.

Green nodded. “That’s right. Mr. Cole, I’ve spoken at length with Teddy and I believe that he’s innocent. I want your help in proving it.”

The videographer edged in closer. I raised a finger at him. Unh-unh-unnh. He edged back.

Truly said, “We’ve talked to people, Mr. Cole. You’ve an outstanding reputation for diligence, and your integrity is above reproach.”

“How about that.” I glanced at the camera and wiggled my eyebrows. The videographer frowned and lowered the lens.

Jonathan Green leaned toward me, all business. “What do you know about the case?”

“I know what everybody knows. I watch the news.” You couldn’t read the Times or watch local television without knowing the business about James X and the five hundred thousand dollars and the dumpster. I’d heard Theodore Martin’s sound-bite version of it ten thousand times, but I’d also heard the DA’s sound-bite version, too, that Teddy and Susan weren’t getting along, that Susan had secretly consulted a divorce attorney and told a friend that she was planning a divorce, and that Teddy had offed her to keep her from walking away with half of his estimated one-hundred-twenty-million-dollar fortune. I said, “From what I hear, the police have a pretty good case.”

“They believe they have, yes. But I don’t think all the facts are in.” Green smiled and laced his fingers across a knee. It was a warm smile, tired and knowing. “Did you know that Teddy and Susan loved to cook?”

I shook my head. That one had slipped right by me.

“Teddy arrived home early that night, and they had no engagements, so the two of them decided to cook something elaborate and fun. They spent the next couple of hours making a pepper-roasted pork tenderloin with wild cherry sauce. Teddy makes the sauce with fresh cherries, only they didn’t have any, so he ran out to get some.”

Truly took a step toward me and ticked points off his fingers. “We have the receipt and the cashier whom Teddy paid. That’s where he was when Susan was kidnapped.”

Green spread his hands. “And then there’s the question of the money. What happened to the money?”

Truly ticked more fingers. “We have the bank transactions and the business manager. The manager says that Teddy was visibly shaken when he came for the money that Friday morning. He says Teddy was white as a sheet and his hands were shaking.”

Green nodded. “Yet the cashier remembers that Teddy was relaxed and happy a dozen hours earlier.” Green stood and went back to the balcony. The videographer followed him. At the French doors he turned back to me and spread his hands again. I wondered if he thought he was in court. “And then we have the murder weapon and the crime scene evidence.”

I said, “You think he’s innocent because of that?”

Green came back to the director’s chair, but this time he didn’t sit. He stood behind it, resting his hands on the wooden posts that hold the back. “Mr. Cole, I don’t win the number of cases that I do because I’m good. I turn down ten cases every day, cases that would bill millions of dollars, because I will not represent people I believe to be guilty.”

The videographer went down to the floor for a low-angle shot, the woman with the sound equipment with him, and I heard him mumble, “Oh, man, this is great.”

Green said, “I don’t represent drug dealers or child molesters. I only take cases that I believe in, so that every time I walk into court I have the moral high ground.”

I leaned back and put my foot on the edge of my desk. “And you believe that Teddy is innocent.”

“Yes. Yes, I do.” He came around to the front of the chair and tapped his chest. “In here I know he’s innocent.”

The videographer muttered, “This is fabulous,” and scrambled around to keep Jonathan Green in the shot.

Green sat and leaned toward me, elbows on knees. “I don’t yet know all the facts. I need people like you to help me with that. But I do know that we’ve received several calls that are disturbing.”

Elliot Truly said, “Have you heard of our tip line?”

“I’ve seen the ads.” Green’s office was running television, radio, and print ads offering a reward of one hundred thousand dollars for anything leading to the capture, arrest, and conviction of James X. There was a number you could call.

Green said, “We’ve received over twenty-six hundred calls and there are more every day. We try to weed out the cranks as quickly as possible, but the workload is enormous.”

I cleared my throat and tried to look professional. “Okay. You need help running these things down.”

Green raised his eyebrows. “Yes, but there’s more to it than that. Several of the callers have indicated that one of the arresting officers has a history of fabricating cases.” 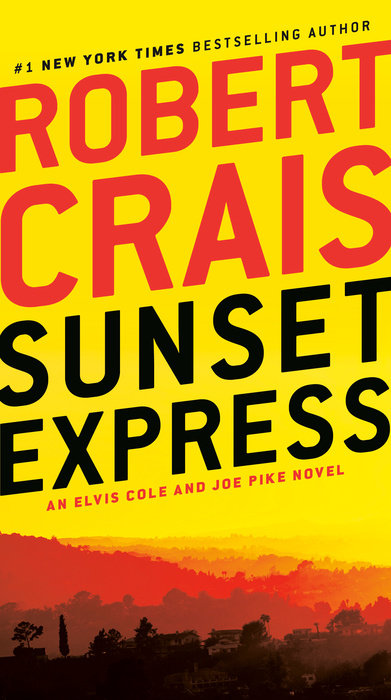