P.I. Elvis Cole’s relationship with attorney Lucy Chenier is strained, but it becomes even more tense when the unthinkable happens: While Lucy is away on business and her ten-year-old son, Ben, is staying with Elvis, the boy vanishes without a trace. When the kidnappers call, it’s not for ransom, but for a promise to punish Cole for past sins he claims he didn’t commit. With LAPD wrestling over the case and the boy’s estranged father attempting to take control of the investigation, Cole vows to find Ben first. But Cole’s partner, Joe Pike, knows more about this case than he has said. Pike lives in a world where dangerous men commit crimes beyond all reckoning. Now, one of those men is alive and well in L.A.—and calling Elvis Cole to war.

An excerpt from The Last Detective

A silence filled the canyon below my house that fall; no hawks floated overhead, the coyotes did not sing, the owl that lived in the tall pine outside my door no longer asked my name. A smarter person would have taken these things as a warning, but the air was chill and clear in that magnified way it can be in the winter, letting me see beyond the houses sprinkled on the hillsides below and out into the great basin city of Los Angeles. On days like those when you can see so far, you often forget to look at what is right in front of you, what is next to you, what is so close that it is part of you. I should have seen the silence as a warning, but I did not.

“How many people has she killed?”

Grunts, curses, and the snap of punches came from the next room.

“How many people has she killed?”

We were twenty feet apart, me in the kitchen and Ben in the living room, shouting at the tops of our lungs; Ben Chenier, also known as my girlfriend’s ten-­year-­old son, and me, also known as Elvis Cole, the World’s Greatest Detective and Ben’s caretaker while his mother, Lucy Chenier, was away on business. This was our fifth and final day together.

I went to the door.

“Is there a volume control on that thing?”

Ben was so involved with something called a Game Freak that he did not look up. You held the Game Freak like a pistol with one hand and worked the controls with the other while the action unfolded on a built-­in computer screen. The salesman told me that it was a hot seller with boys ages ten to fourteen. He hadn’t told me that it was louder than a shoot-­out at rush hour.

Ben had been playing the game since I had given it to him the day before, but I knew he wasn’t enjoying himself, and that bothered me. He had hiked with me in the hills and let me teach him some of the things I knew about martial arts and had come with me to my office because he thought private investigators did more than phone deadbeat clients and clean pigeon crap off balcony rails. I had brought him to school in the mornings and home in the afternoons, and between those times we had cooked Thai food, watched Bruce Willis movies, and laughed a lot together. But now he used the game to hide from me with an absolute lack of joy. I knew why, and seeing him like that left me feeling badly, not only for him, but for my part in it. Fighting it out with Yakuza spree killers was easier than talking to boys.

I went over and dropped onto the couch next to him.

“We could go for a hike up on Mulholland.”

“You want to work out? I could show you another tae kwon do kata before your mom gets home.”

I said, “You want to talk about me and your mom?”

I am a private investigator. My work brings me into contact with dangerous people, and early last summer that danger rolled over my shores when a murderer named Laurence Sobek threatened Lucy and Ben. Lucy was having a tough time with that, and Ben had heard our words. Lucy and Ben’s father had divorced when Ben was six, and now he worried that it was happening again. We had tried to talk to him, Lucy and I, but boys—­like men—­find it hard to open their hearts.

Instead of answering me, Ben thumbed the game harder and nodded toward the action on the screen.

“Check it out. This is the Queen of Blame.”

A young Asian woman with spiky hair, breasts the size of casaba melons, and an angry snarl jumped over a Dumpster to face three musclebound steroid-­juicers in what appeared to be a devastated urban landscape. A tiny halter barely covered her breasts, sprayed-­on shorts showed her butt cheeks, and her voice growled electronically from the Game Freak’s little speaker.

She let loose with a martial arts sidekick that spun the first attacker into the air.

“Uh-­huh. A bad guy named Modus sold her sister into slavery, and now the Queen is going to make him pay the ultimate price.”

The Queen of Blame punched a man three times her size with left and rights so fast that her hands blurred. Blood and teeth flew everywhere.

I spotted a pause button on the controls, and stopped the game. Adults always wonder what to say and how to say it when they’re talking with a child. You want to be wise, but all you are is a child yourself in a larger body. Nothing is ever what it seems. The things that you think you know are never certain. I know that, now. I wish that I didn’t, but I do.

I said, “I know that what’s going on between me and your mom is scary. I just want you to know that we’re going to get through this. Your mom and I love each other. We’re going to be fine.”

Ben stared at the frozen screen for a little while longer, and then he looked up at me. His little-­boy face was smooth and thoughtful. He wasn’t stupid; his mom and dad loved him, too, but that hadn’t stopped them from getting divorced.

“I had a really good time staying with you. I wish I didn’t have to leave.”

Ben smiled, and I smiled back. Funny, how a moment like that could fill a man with hope. I patted his leg.

“Here’s the plan: Mom’s going to get back soon. We should clean the place so she doesn’t think we’re pigs, then we should get the grill ready so we’re good to go with dinner when she gets home. Burgers okay?”

“Can I finish the game first? The Queen of Blame is about to find Modus.”

“Sure. How about you take her out onto the deck? She’s pretty loud.”

I went back into the kitchen, and Ben took the Queen and her breasts outside. Even that far away, I heard her clearly. “Your face is pizza!” Then her victim shrieked in pain.

Less than three minutes later, Lucy called from her car. It was twenty-­two minutes after four. I had just taken the hamburger meat from my refrigerator.

“Long Beach. Traffic’s good, so I’m making great time. How are you guys holding up?”

Lucy Chenier was a legal commentator for a local television station. Before that, she had practiced civil law in Baton Rouge, which is what she was doing when we met. Her voice still held the hint of a French-­Louisiana accent, but you had to listen closely to hear it. She had been in San Diego covering a trial.

“We’re good. I’m getting hamburgers together for when you get here.”

“He was feeling low today, but we talked. He’s better now. He misses you.”

We fell into a silence that lasted too long. Lucy had phoned every night, and we laughed well enough, but our exchanges felt incomplete though we tried to pretend they weren’t. It wasn’t easy being hooked up with the World’s Greatest Detective.

“I missed you, too. It’s been a long week. Hamburgers sound really good. Cheeseburgers. With lots of pickles.”

She sounded tired. But she also sounded as if she was smiling.

“I think we can manage that. I got your pickle for ya right here.”

She said, “How can I pass up an offer like that?”

“You want to speak with Ben? He just went outside.”

“That’s all right. Tell him that I’m on my way and that I love him, and then you can tell yourself that I love you, too.”

We hung up and I went out onto the deck to pass along the good word, but the deck was empty. I went to the rail. Ben liked to play on the slope below my house and climb in the black walnut trees that grow further down the hill. More houses were nestled beyond the trees on the streets that web along the hillsides. The deepest cuts in the canyon were just beginning to purple, but the light was still good. I didn’t see him.

I checked the side of the house, then went back inside and called him again, thinking maybe he had gone to the guest room where he sleeps or the bathroom.

I looked in the guest room and the downstairs bathroom, then went out the front door into the street. I live on a narrow private road that winds along the top of the canyon. Cars rarely pass except when my neighbors go to and from work, so it’s a safe street, and great for skateboarding.

I didn’t see him. I went back inside the house. “Ben! That was Mom on the phone!”

I thought that might get an answer. The Mom Threat.

“If you’re hiding, this is a problem. It’s not funny.”

I went upstairs to my loft, but didn’t find him. I went downstairs again to the deck. 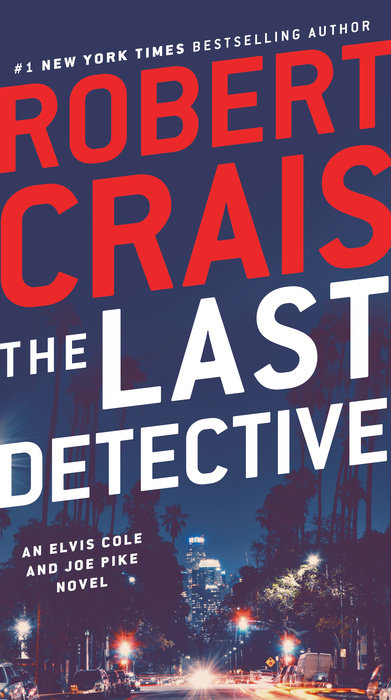