A Lifetime of Memories with Recipes

Throughout Maya Angelou’s life, from her childhood in Stamps, Arkansas, to her world travels as a bestselling writer, good food has played a central role. Preparing and enjoying homemade meals provides a sense of purpose and calm, accomplishment and connection. Now in Hallelujah! The Welcome Table, Angelou shares memories pithy and poignant—and the recipes that helped to make them both indelible and irreplaceable.

Angelou tells us about the time she was expelled from school for being afraid to speak—and her mother baked a delicious maple cake to brighten her spirits. She gives us her recipe for short ribs along with a story about a job she had as a cook at a Creole restaurant (never mind that she didn’t know how to cook and had no idea what Creole food might entail). There was the time in London when she attended a wretched dinner party full of wretched people; but all wasn’t lost—she did experience her initial taste of a savory onion tart. She recounts her very first night in her new home in Sonoma, California, when she invited M. F. K. Fisher over for cassoulet, and the evening Deca Mitford roasted a chicken when she was beyond tipsy—and created Chicken Drunkard Style. And then there was the hearty brunch Angelou made for a homesick Southerner, a meal that earned her both a job offer and a prophetic compliment: “If you can write half as good as you can cook, you are going to be famous.”

Maya Angelou is renowned in her wide and generous circle of friends as a marvelous chef. Her kitchen is a social center. From fried meat pies, chicken livers, and beef Wellington to caramel cake, bread pudding, and chocolate éclairs, the one hundred-plus recipes included here are all tried and true, and come from Angelou’s heart and her home. Hallelujah! The Welcome Table is a stunning collaboration between the two things Angelou loves best: writing and cooking.

An excerpt from Hallelujah! The Welcome Table


My grandmother, who my brother, Bailey, and I called Momma, baked lemon meringue pie that was unimaginably good. My brother and I waited for the pie. We yearned for it, longed for it. Bailey even hinted and dropped slightly veiled suggestions about it, but none of his intimations hastened its arrival. Nor could anything he said stave off the story that came part and parcel with the pie.

Bailey would complain, "Momma, you told us that story a hundred times" or "We know what happened to the old woman" and "Momma, can we just have the pie?" (Momma always ignored his attempts to prevent her from telling the tale.) But if we wanted Momma's lemon meringue pie, we had to listen to the story:

There was an old woman who had made it very clear that she loved young men. Everyone in town knew where her interests lay so she couldn't get any local young men to come to her house. Old men had to be called to clean out her chimney or fix her roof or mend her fences. She learned to count on finding young strangers who were traveling through the area.

One Sunday morning there was a new young man in church sitting alone. Mrs. Townsend saw him and as soon as the last hymn was sung, before anyone else could reach him, she rushed over to his bench.

She frowned a little.

"Anybody get to you?"

"No, ma'am. I don't know anyone here. Just passed by, saw the church, and stopped in." He had used the word ma'am out of courtesy.

She was all smiles again. "Well, then I'm inviting you, and I am a good cook, to my house for Sunday dinner. I have my own chickens and two cows, so my chickens are fresh and my butter is rich. I live in walking distance. Here is my address; come around this afternoon around three o'clock."

She patted him on the shoulder and left the church.

A few young men from the congregation rushed over.

"Mrs. Townsend invited you for dinner?"

"Well, I'm Bobby. Here's Taylor and this one is Raymond. We've all been to her house and she's a good cook."

"No, she's a great cook. It's just that after you eat, she pounces."

"Man, the lady can pounce."

The stranger said, "I don't mind a little pouncing."

They all laughed again. "But man, she's old. She's older than my mother."

"She's older than my grandmother."

The stranger said, "I'll eat dinner and after that I can take care of myself. Thanks, fellas, for warning me."

Bobby shouted, "Her lemon pie will make a rabbit hug a hound."

Taylor added, "Make a preacher lay his Bible down."

Meanwhile, Mrs. Townsend entered her house and went directly to her sewing box. She put on her glasses and took out a needle.

She walked back down the path to her house and stuck the needle in a tree.

She returned to the house and began to cook a chicken she had resting in the refrigerator. For the next hour she stirred pots and shifted pans, then she set her dining table for two. She had time to freshen up and change before her company came.

He was a little cooler than he had been at church.

She knew why but she also knew he hadn't eaten her cooking.

"The bathroom is here if you would like to freshen up. Dinner is not quite ready yet."

Of course everything was ready, but she wanted him to have time to breathe in the fine aromas floating in the air.

The side dishes were fried yellow summer squash and English peas.

He didn't care that he was eating as if he hadn't eaten in a month. She kept pressing him, "Eat some more, but save a place for dessert. Some people swear by my lemon meringue pie."

Between bites she thought she heard him mumble, "That's my favorite."

When he put his first bite of Mrs. Townsend's pie in his mouth, he was hers. He was ready to marry her or let her adopt him.

She sat opposite and watched as with each forkful he surrendered more.

After the second slice he would have followed her to the Sahara Desert.

She said, "Let's go out on the porch for the air."

Once they settled into the swing on the porch she said, "My goodness, night has fallen. It's quite dark."

They swung a few times.

She asked, "What on earth is that shining down there in that tree?"

He squinted, "I can't hardly see a tree."

He said, "Well, that proves you are not as old as they say you are. When you come back I may have some talk for you."

She stepped off the porch and went down the lane and retrieved the needle. When she came back she could hardly see the house, but she kept walking with her head up, triumph in her grasp.

She tripped in the darkness. After much fumbling she was able to stand erect. She saw that she had fallen over a cow that had lain down in the lane.

Mr. Wilson saw her fall, and he could see the cow. When she gave a little scream, he bounded off the porch to help her. Once she collected herself, he said, "Well, thank you for dinner. I have to go."

She asked, "Can't you stay for one more slice of pie?" The strength of the pie can be seen in the fact that he did stop to think about it.

She took his arm as if she wasn't going to give it back. He thought of the pie again and then the cow and the possible pouncing. He said, "No, ma'am," and snatched his arm and went away running. He escaped, but he never forgot the pie.

Each time, my grandmother laughed until tears flooded her cheeks. I think she knew Mrs. Townsend or someone very much like her.

Here is the recipe. In fact, here are the recipes for Mrs. Townsend's entire Young-Man-Catching Sunday Afternoon Dinner.

In top part of double boiler, mix well sugar, cornstarch, and salt. Stir in hot water and combine until smooth. Add bread crumbs and cook over boiling water, stirring until smooth and thickened.

In small mixing bowl, beat egg yolks, and stir in a small amount of mixture. Then combine the two mixtures in boiler, and cook over low to medium heat for

Bake for 10 minutes, or until lightly browned.

Beat egg whites with salt until frothy. Gradually add cream of tartar and sugar. Beat until stiff but not dry.

1 whole chicken (about 4 pounds cut up)

1 large Spanish onion, chopped and sauteed but not browned

Bring broth to a slight boil, and drop heaping tablespoons of dumpling batter into pot. Fill top of pot with dumplings. Cover pot, and simmer for 15 minutes - dumplings will rise. Baste dumplings, and continue simmering for another 5 minutes. Remove cover and baste dumplings. Serve hot on platter.

Tops from two stalks of celery

Sift flour, salt, and baking powder into mixing bowl. Add butter, mixing with fingertips, then milk, until mixture is consistency of grainy cornmeal.

A Lifetime of Memories with Recipes 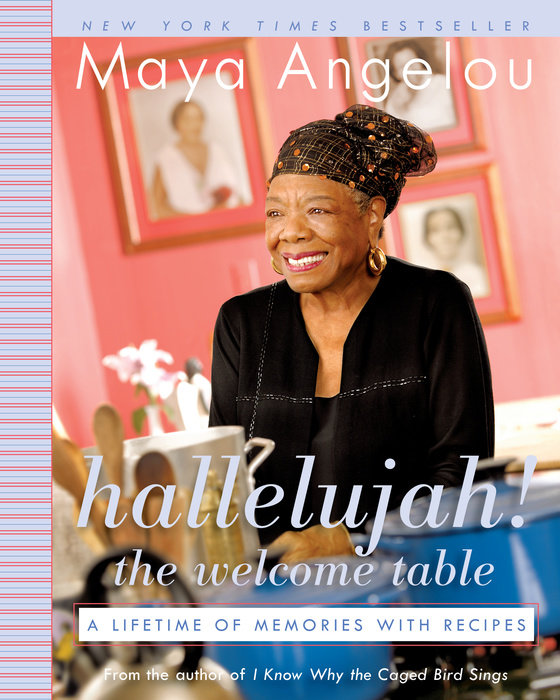