In The Heart of a Woman, Maya Angelou leaves California with her son, Guy, to move to New York. There she enters the society and world of black artists and writers, reads her work at the Harlem Writers Guild, and begins to take part in the struggle of black Americans for their rightful place in the world. In the meantime, her personal life takes an unexpected turn. She leaves the bail bondsman she was intending to marry after falling in love with a South African freedom fighter, travels with him to London and Cairo, where she discovers new opportunities.

The Heart of a Woman is filled with unforgettable vignettes of such renowned people as Billie Holiday and Malcom X, but perhaps most importantly chronicles the joys and the burdens of a black mother in America and how the son she has cherished so intensely and worked for so devotedly finally grows to be a man.

An excerpt from The Heart of a Woman

The Harlem Writer's Guild was meeting at John's house, and my palms were sweating and my tongue was thick.  The loosely formed organization, without  dues or membership cards, had one strict rule: any invited guest could sit in  for three meetings, but thereafter, the visitor had to read from his or her  work in progress.  My time had come.

Sara Wright and Sylvester Leeks  stood in a corner talking softly.  John Clarke was staring at titles in the  bookcase.  Mary Delaney and Millie Jordan were giving their coats to Grace  and exchanging greetings.  The other writers were already seated around the  living room in a semicircle.

John Killens walked past me, touching my  shoulder, took his seat and called the meeting to order.

"O.K.,  everybody.  Let's start." Chairs scraped the floor and the sounds  reverberated in my armpits.  "As you know, our newest member, our California  singer, is going to read from her new play.  What's the title,  Maya?"

"One Love, One Life."  My usually deep voice leaked out  high-pitched and weak.

A writer asked how many acts the play had.  I  answered again in the piping voice, "So far only one."

Everyone  laughed; they thought I was making a joke.

"If everyone is ready, we  can begin." John picked up his note pad.  There was a loud rustling as the  writers prepared to take notes.

I read the character and set  description despite the sudden perversity of my body.  The blood pounded in  my ears but not enough to drown the skinny sound of my voice.  My hands shook  so that I had to lay the pages in my lap, but that was not a good solution  due to the tricks my knees were playing.  They lifted voluntarily, pulling my  heels off the floor and then trembled like disturbed Jello.  Before I  launched into the play's action, I looked around at the writers expecting but  hoping not to see their amusement at my predicament.  Their faces were  studiously blank.  Within a year, I was to learn that each had a horror story  about a first reading at the Harlem Writers Guild.

Time wrapped itself  around every word, slowing me.  I couldn't force myself to read faster. The  pages seemed to be multiplying even as I was trying to reduce them.  The play  was dull, the characters, unreal, and the dialogue was taken entirely off the  back of a Campbell's soup can.  I knew this was my first and last time at the  Guild.  Even if I hadn't the grace to withdraw voluntarily, I was certain the  members had a method of separating the wheat from the chaff.

The members laid their notes down beside their chairs  and a few got up to use the toilets.  No one spoke.  Even as I read I knew  the drama was bad, but maybe someone would have lied a little.

The  room filled.  Only the whispering of papers shifting told me that the jury  was ready.

John Henrik Clarke, a taut little man from the South,  cleared his throat.  If he was to be the first critic, I knew I would receive  the worst sentence.  John Clarke was famous in the group for his keen  intelligence and bitter wit.  He had supposedly once told the FBI that they  were wrong to think that he would sell out his home state of Georgia; he added that he would give it away, and if he found no takers he would even pay  someone to take it.

"One Life.  One Love?"  His voice was a  rasp  of disbelief.  "I found no life and very little love in the play from the  opening of the act to its unfortunate end."

Using superhuman power, I  kept my mouth closed and my eyes on my yellow pad.

He continued, his  voice lifting.  "In 1879, on a March evening, Alexander Graham Bell  successfully completed his attempts to send the human voice through a little  wire.  The following morning  some frustrated playwright, unwilling to build  the necessary construction plot, began his play with a phone call."

A  general deprecating murmur floated in the air.

"Aw, John" and "Don't  be so mean" and "Ooo Johnnn, you ought to be ashamed."  Their moans were facetious, mere accompaniment to their relish.

Grace invited everyone  to drinks, and the crowd rose and started milling around, while I stayed in  my chair.

Grace called to me.  "Come on, Maya.  Have a drink. You  need it."  I grinned and knew movement was out of the question.

Killens came over.  "Good thing you stayed.  You got some very important criticism." He, too, could slide to hell straddling knotted greasy rope.   "Don't just sit there.  If they think you're too sensitive, you won't get  such valuable criticism the next time you read."

The next time? He  wasn't as bright as he looked.  I would never see those snotty bastards as  long as I stayed black and their asses pointed toward the ground.  I put a  nasty-sweet smile on my face and nodded.

"That's right, Maya Angelou,  show them you can take anything they can dish out.  Let me tell you  something." He started to sit down beside me, but mercifully another writer  called him away.

I measured the steps from my chair to the door. I  could make it in ten strides.

I looked up into John Clarke's solemn face.

"I think I  can speak for the Harlem Writer's Guild.  We're glad to have you.  John  Killens came back from California talking about your talent.  Well, in this  group we remind each other that talent is not enough.  You've got to work.   Write each sentence over and over again, until it seems you've used every  combination possible, then write it again.  Publishers don't care much for  white writers." He coughed or laughed.  "You can imagine what they think about black ones.  Come on.  Let's get a drink."

I got up and followed him without a first thought. 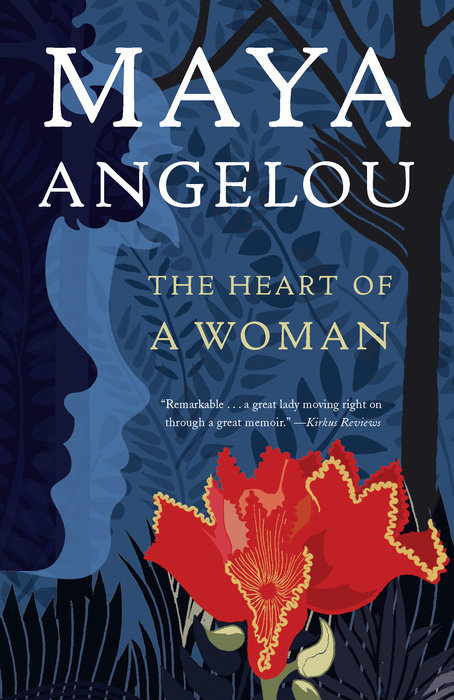