Wisdom from a remarkable woman of many talents--a writer who captured America's heart on Inauguration Day.

An excerpt from Wouldn't Take Nothing for My Journey Now

In All Ways a Woman

In my young years I took pride in the fact that luck was called a lady. In fact, there were so few public acknowledgments of the female presence that I felt personally honored whenever nature and large ships were referred to as feminine. But as I matured, I began to resent being considered a sister to a changeling as fickle as luck, as aloof as an ocean, and as frivolous as nature.

The phrase “A woman always has the right to change her mind” played so aptly into the negative image of the female that I made myself a victim to an unwavering decision. Even if I made an inane and stupid choice, I stuck by it rather than “be like a woman and change my mind.”

Being a woman is hard work. Not without joy and even ecstasy, but still relentless, unending work. Becoming an old female may require only being born with certain genitalia, inheriting long-living genes and the fortune not to be run over by an out-of-control truck, but to become and remain a woman command the existence and employment of genius.

The woman who survives intact and happy must be at once tender and tough. She must have convinced herself, or be in the unending process of convincing herself, that she, her values, and her choices are important. In a time and world where males hold sway and control, the pressure upon women to yield their rights-of-way is tremendous. And it is under those very circumstances that the woman’s toughness must be in evidence.

She must resist considering herself a lesser version of her male counterpart. She is not a sculptress, poetess, authoress, Jewess, Negress, or even (now rare) in university parlance a rectoress. If she is the thing, then for her own sense of self and for the education of the ill-informed she must insist with rectitude in being the thing and in being called the thing.

A rose by any other name may smell as sweet, but a woman called by a devaluing name will only be weakened by the misnomer.

She will need to prize her tenderness and be able to display it at appropriate times in order to prevent toughness from gaining total authority and to avoid becoming a mirror image of those men who value power above life, and control over love.

It is imperative that a woman keep her sense of humor intact and at the ready. She must see, even if only in secret, that she is the funniest, looniest woman in her world, which she should also see as being the most absurd world of all times.

It has been said that laughter is therapeutic and amiability lengthens the life span.

Women should be tough, tender, laugh as much as possible, and live long lives. The struggle for equality continues unabated, and the woman warrior who is armed with wit and courage will be among the first to celebrate victory.

Human beings are more alike than unalike, and what is true anywhere is true everywhere, yet I encourage travel to as many destinations as possible for the sake of education as well as pleasure.

It is necessary, especially for Americans, to see other lands and experience other cultures. The American, living in this vast country and able to traverse three thousand miles east to west using the same language, needs to hear languages as they collide in Europe, Africa, and Asia.

A tourist, browsing in a Paris shop, eating in an Italian ristorante, or idling along a Hong Kong street, will encounter three or four languages as she negotiates the buying of a blouse, the paying of a check, or the choosing of a trinket. I do not mean to suggest that simply overhearing a foreign tongue adds to one’s understanding of that language. I do know, however, that being exposed to the existence of other languages increases the perception that the world is populated by people who not only speak differently from oneself but whose cultures and philosophies are other than one’s own.

Perhaps travel cannot prevent bigotry, but by demonstrating that all peoples cry, laugh, eat, worry, and die, it can introduce the idea that if we try to understand each other, we may even become friends.


The Sweetness of Charity

The New Testament informs the reader that it is more blessed to give than to receive. I have found that among its other benefits, giving liberates the soul of the giver. The size and substance of the gift should be important to the recipient, but not to the donor save that the best thing one can give is that which is appreciated. The giver is as enriched as is the recipient, and more important, that intangible but very real psychic force of good in the world is increased.

When we cast our bread upon the waters, we can presume that someone downstream whose face we will never know will benefit from our action, as we who are downstream from another will profit from that grantor’s gift.

Since time is the one immaterial object which we cannot influence—neither speed up nor slow down, add to nor diminish—it is an imponderably valuable gift. Each of us has a few minutes a day or a few hours a week which we could donate to an old folks’ home or a children’s hospital ward. The elderly whose pillows we plump or whose water pitchers we refill may or may not thank us for our gift, but the gift is upholding the foundation of the universe. The children to whom we read simple stories may or may not show gratitude, but each boon we give strengthens the pillars of the world.

While our gifts and the recipients should be considered, our bounty, once decided upon, should be without concern, overflowing one minute and forgotten the next.

Recently I was asked to speak before a group of philanthropists and was astonished at their self-consciousness. The gathered donors give tens of millions of dollars annually to medical research, educational development, art support, and social reform. Yet to a person they seemed a little, just a little, ashamed of themselves. I pondered their behavior and realized that someone had told someone that not only was it degrading to accept charity but it was equally debasing to give it. And sad to say, someone had believed that statement. Hence, many preferred to have it known that they dispense philanthropy rather than charity.

I like charitable people and like to think of myself as charitable, as being of a generous heart and a giving nature—of being a friend indeed to anyone in need. Why, I pondered, did the benefactors not feel as I?

It is sad when people who give to the needy feel estranged from the objects of their generosity. They can take little, if any, relish from their acts of charity; therefore, are generous out of duty rather than delight.

If we change the way we think of charity, our personal lives will be richer and the larger world will be improved. When we give cheerfully and accept gratefully, everyone is blessed. “Charity … is kind;… envieth not;… vaunteth not itself, is not puffed up.” 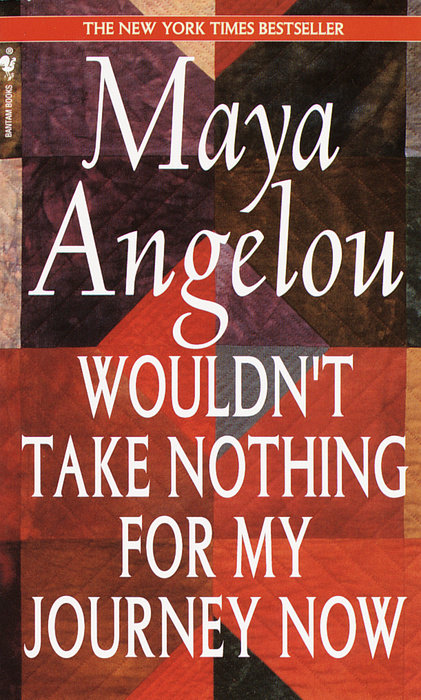