The classic novel that continues to haunt our understanding of ambition, love, entitlement, and the American Dream—with an exclusive discussion guide and an introduction by Pulitzer Prize–winning critic Wesley Morris

Nick Carraway is an aspiring writer; his cousin, Daisy, is married to the fabulously wealthy Tom Buchanan. Their neighbor, Jay Gatsby, throws extravagant and extraordinary parties in the exclusive and hallowed neighborhood of West Egg. The entanglements between these four characters form the backbone of F. Scott Fitzgerald’s greatest work.

When it was first published in 1925, The Great Gatsby was heralded “a mystical, glamorous story of today” (The New York Times). Since then, the story of Jay Gatsby and his love for the treacherous, effervescent Daisy Buchanan has become a staple in high school and college classrooms, a beloved favorite of readers everywhere, and the #2 entry in the Modern Library’s own list of the best novels of the twentieth century.

An excerpt from The Great Gatsby

Why do we keep reading this book? Why do some of us keep taking our time reading this book? F. Scott Fitzgerald kept it short. A week is unwarranted. It should be consumed in the course of a day. Two at most. Otherwise, all the mystery seeps away, leaving Jay Gatsby lingering, ethereal but elusive, like cologne somebody else is wearing.

I have read this book four times. Only in this most recent time did I choose to attack it in a single sitting. I’m an authority now. In one day, you can sit with the brutal awfulness of nearly every person in this book—Booooo, Jordan; just boo. And Mr. Wolfsheim, shame on you, sir; Gatsby was your friend. In a day, you no longer have to wonder whether Daisy loved Gatsby back or whether “love” aptly describes what Gatsby felt in the first place. After all, this is a classic of illusions and delusions. In a day, you reach those closing words about the boats, the current, and the past, and rather than allow them to haunt, you simply return to the first page and start all over again. I know of someone— a well-heeled white woman in her mid-sixties—who reads this book every year. What I don’t know is how long it takes her. What is she hoping to find? Whether Gatsby strikes her as more cynical, naive, romantic, or pitiful? After decades with this book, who emerges more surprised by Nick’s friendship with Gatsby? The reader or Nick?

In this way, The Great Gatsby achieves hypnotic mystery. Who are any of these people—Wilson the mechanic or his lusty, buxom, doomed wife, Myrtle? Which feelings are real? Which lies are actually true? How does a story that begins with such grandiloquence end this luridly? Is it masterfully shallow or an express train to depth? It’s a melodrama, a romance, a kind of tragedy. But mostly it’s a premonition.

Each time, its fineness announces itself on two fronts. First, as writing. Were you to lay this thing out by the sentence, it’d be as close as an array of words could get to strands of pearls. “The cab stopped at one slice in a long white cake of apartment-houses”? That line alone is almost enough to make me quit typing for the rest of my life.

The second front entails the book’s heartlessness. It cuts deeper every time I sit down with it. No one cares about anyone else. Not really. Nick’s affection for Gatsby is entirely posthumous. Tragedy tends to need some build up; Fitzgerald dunks you in it. The tragedy is not that usual stuff about love not being enough or arriving too late to save the day. It’s creepier and profoundly, inexorably true to the spirit of the nation. This is not a book about people, per se. Secretly, it’s a novel of ideas.

F. Scott Fitzgerald was considered the quintessential author of the Jazz Age. Born in St. Paul, Minnesota, in 1896, Fitzgerald attended Princeton University, where he began to write seriously. After joining the U.S. Army in 1917, Fitzgerald met Zelda Sayre, whom he later married. In 1920, Fitzgerald's first novel, This Side of Paradise, transformed Fitzgerald overnight into a literary sensation. The Great Gatsby followed in 1925, although it was not as popular at the time as his second novel, The Beautiful and the Damned. Fitzgerald died in 1940 of a heart attack. He was forty-four years old. 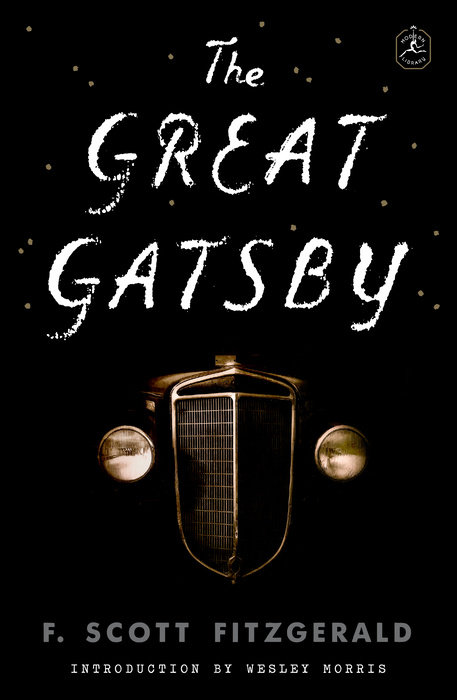