“If Jack Kerouac had hung out with Julia Child instead of Neal Cassady, this book might have been written fifty years ago.”—The Wall Street Journal

When outdoorsman, avid hunter, and nature writer Steven Rinella stumbles upon Auguste Escoffier’s 1903 milestone Le Guide Culinaire, he’s inspired to assemble an unusual feast: a forty-five-course meal born entirely of Escoffier’s esoteric wild game recipes. Over the course of one unforgettable year, he steadily procures his ingredients—fishing for stingrays in Florida, hunting mountain goats in Alaska, flying to Michigan to obtain a fifteen-pound snapping turtle—and encountering one colorful character after another. And as he introduces his vegetarian girlfriend to a huntsman’s lifestyle, Rinella must also come to terms with the loss of his lifelong mentor—his father. An absorbing account of one man’s relationship with family, friends, food, and the natural world, The Scavenger’s Guide to Haute Cuisine is a rollicking tale of the American wild and its spoils.

An excerpt from The Scavenger's Guide to Haute Cuisine

I SPEND A LOT OF TIME THINKING ABOUT FOOD. If I’m not thinking about food, there’s a good chance that I’m out collecting it. I scrounge around in the mountains for huckleberries and I search riverbanks for wild asparagus, though mostly I hunt and fish. I suppose you could say that getting my own food is a hobby of mine, but I’ve never looked at it that way. When I’m packing an elk down off a mountain on my back, and it feels like my knees are going to crack open and my shoulders are going to strip away like banana peels beneath the weight, I certainly don’t feel like I’m pursuing a hobby.

Don’t get me wrong, though; I love scavenging for my own food. I suppose it’s important to clear that up right away—that I think it’s exciting to hunt and fish. People will happily pay good money for dead animals, so long as the animals are killed by proxy executioners and sold in grocery stores. But many of those same people are suspicious of folks who enjoy killing their own food in the wild. So let this serve as a warning about what kind of guy I am, and what kind of book this is.

However, it’s an oversimplification to say that I enjoy killing for the sake of killing. I enjoy killing in the same way that I enjoy cooking and eating and doing all the other things that it takes to stay alive. One time, I spent a couple of days shitting my brains out on a riverbank in northern Alaska because I ate some wild mushrooms that I could have sworn were safe. I actually enjoyed getting poisoned by those unpredictable fungi, because I was living out an experience that usually only happens to characters in fairy tales. Another time, my brother Matt and I were hunting elk and heading up a mountain trail at the same time that a five-hundred-pound grizzly and her two cubs were heading down it. The sow stood up on her back feet as easily as a human rising out of a chair. She held her arms out, paws down, like she was showing us an engagement ring. She was right there, within striking distance. I enjoyed the hell out of that, too. I guess I just like the whole package of wild food: eating, almost being killed, and, yes, killing.

Still, I can’t look at that statement of mine—that I enjoy killing my own food—without cringing. I’m surprised that I came right out and said it. Even hunting and fishing magazines avoid saying that. Which is odd, because hunting and fishing are, fundamentally, ways of killing one’s own food. You’d think that a hunting and fishing magazine would be all about killing and eating. The thing is, publications like Outdoor Life, one of America’s most venerable sporting magazines, try hard to distance themselves from anything that might be distasteful or insensitive to whoever thumbs through their magazines in the waiting rooms of the nation’s dentists. Many outdoor writers discuss “taking” turkeys, “collecting” trophies, and “harvesting” pheasants, but they don’t like to speak of killing anything.

Through catch-and-release fishing—a weird, paradoxical sort of game where you try to poke a hook through a fish’s face without causing it harm—fishermen have developed an even more thorough separation from their barbaric hunter-gatherer ancestors. Catch-and-release anglers “play” the fish and then toss it back. There’s a reasonable chance that the fish will die from stress-induced increases in lactic acid within hours or days of its release, but by then the angler will be gone and he won’t have to worry about what to do with a dead fish. Catch-and-release has endowed trout fishing with an aesthetic not unlike that of country-club golf, complete with vacation resorts, private lessons, boutique clothing shops, and cliquey social organizations. (The most notable distinction between catch-and-release and golf is that the plaything being knocked around in the former is a sentient being.) The stated goal of all this sanitization is to preserve hunting and fishing rights. Hunters and fishermen need a more modern, improved image, the argument goes; they need to be more like “sportsmen.” Ironically, though, most of the nonhunters I know believe that killing for sport is an abomination, and that hunting and fishing are justifiable only if the meat is being used thoroughly and responsibly.

—
I grew up in western Michigan, on an isthmus amid a cluster of four small lakes called North, West, Middle, and Twin. For some reason, the lakes are known collectively as Twin Lake. If you tell someone in Muskegon, the closest city, that you’re from Twin Lake, he might ask, “Oh yeah? Which one?”

In my parents’ living room, an aerial photograph of the four lakes hangs on the wall. The lakes look like the watery footprint of a three-toed dog, stamped into a canopy of oak and pine. The angle of the photograph is just right, the leaves just thick enough, to hide most of the houses. Twin Lake is a summer-cottage area transitioned into a blue-collar bedroom community, but if you had only the photograph to go by, you’d think it was a wild, woodsy place.

My brothers and I are just a couple of years apart in age. Matt’s the oldest and Danny’s in the middle. Growing up, the three of us were inseparable. We devoted much of our time and energy to scavenging food, though back then we would never have thought to call it that. We thought we were “messing around.” Food was just something that happened as a result of whatever else we were doing. One of my first memories is of walking along the shore in front of our house and finding a northern pike, over a couple of feet long, floating in the shallow water. It was still alive, with a speckled bass’s head sticking out of its mouth. The speckled bass was still very alive too, but wedged supertight inside the pike’s throat. Despite the hot sun and the obviously agonizing predicament, the two fish just floated in a sort of peaceful resignation, slowly opening and closing their gill covers. My brothers and I scooped up our catch in a net. It was like a two-for-one special. My dad fried them both for dinner.

Another time, we watched a pregnant whitetail doe swim across the lake and run onto the beach, where she snapped her neck on a cyclone fence. The death of the doe and her fetuses seemed tragic to me, but I felt better when we had a party and cooked the animal in a charcoal roaster that my neighbor had welded out of an old oil tank. I couldn’t stand to bury the doe’s unborn fawns. They were both males, with belly-button-sized bumps where their horns would someday be. The fetuses were fully developed, except for the white tips of their hooves, which still seemed too soft for walking. I put them in the chest freezer we kept in our garage. Over the next several years, I’d often pull the fawns out to admire them. Eventually the bodies were so caked in frost that I decided to give them a formal burial in the woods across the street from our house.

My brothers and I were tight hunting partners as kids, taking our bicycles out to hunt squirrels, rabbits, muskrats, and ducks. We owned a small armada of dented-up canoes and rowboats that we used for fishing. We caught bluegills on their shallow-water spawning beds. The meat was white and flaky, and sometimes my dad would also cook the sacks of spawn cut from their bellies. We caught bullheads by diving down to their hiding spots at the bottom of the lake and jiggling lures in their faces. At night, we’d hunt bullfrogs with spears.

I can see now that my childhood was a little unusual. But compared to the stuff I liked to read when I was a kid, it seemed pedestrian to me. I used to like stories about the Ice Age Clovis hunters, who may have preserved their mastodon meat by “anchoring” it at the bottom of ponds with intestines packed full of gravel. And stories about the Comanche Indians, who would drink the warm and curdled mother’s milk from the stomachs of freshly killed buffalo calves. And accounts of the Great Lakes Indians from where I grew up, who would tether sturgeon to the shore and remove hunks of flesh from the still-live fish. What I liked about those stories was the immediacy and physical intensity of the meals. I found that I could get hungry from reading about foods that would probably have made me sick if I’d tried them. I used to dream of clawing my way back into the past, back to a time when food was so wild and real.

A historian could make a good argument that human history is just a long story about the depersonalization of food production. Up until ten thousand years ago, every human being survived by hunting and gathering. Two thousand years ago, only half of the world’s population survived by hunting and gathering. Over the last three to four hundred years, the number of hunter-gatherers has shrunk to just a couple of isolated pockets, located in the remotest corners of the globe.

I watched with interest a few years ago when a major international news story erupted from the small town of Yakima, Washington. In December 2003, a Holstein dairy cow in Yakima County suffered injuries while birthing a calf. Because the cow was a “downer,” or nonambulatory, it was tested by the U.S. Department of Agriculture before slaughter. The cow was carrying the United States’ first case of bovine spongiform encephalopathy (BSE), or mad cow disease, and the discovery precipitated a temporary crash in beef markets and forced Japan and Mexico, the largest importers of U.S. beef, to halt shipments across their borders. A herd of 450 calves linked to the smitten cow were quickly destroyed. For weeks, the nightly news was dominated by images of destroyed, potentially diseased livestock. For the first time in their lives, many Americans found themselves using the phrase “food safety.” 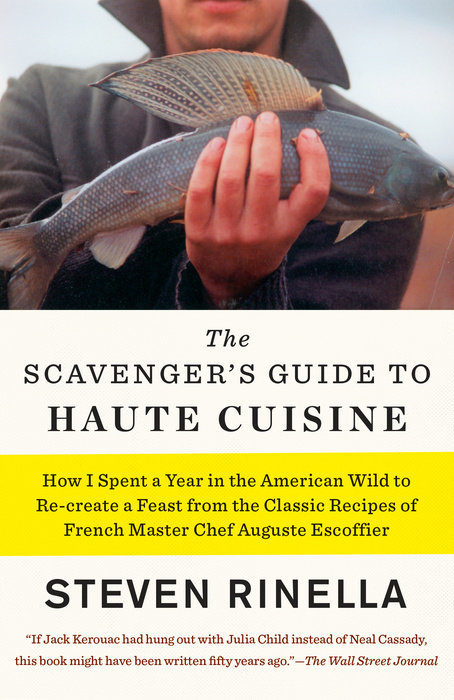