“A tremendously compelling debut of rare skill” (Phil Klay, author of Redeployment) about a soldier who goes AWOL from Afghanistan and returns home to unravel the mystery of his wife’s death.

When Coop—a U.S. Army paratrooper serving in Afghanistan—is called urgently to his Captain’s office, he fears he’s headed for a court martial. Coop has been keeping a terrible secret from his fellow soldiers, and worries he’s been discovered. Instead, his life is devastated in a different way: his wife, Kay, has been killed in a hit-and-run.

Given a brief leave to fly back to New York and attend to Kay’s affairs, Coop is increasingly disturbed by the suspicious circumstances of his wife’s death. He decides to go AWOL, using his military training to uncover the real story behind Kay’s fatal accident. As he circles in on the truth, Coop must distinguish ally from enemy among a cast of players in the Bronx underworld: Albanian heroin smugglers, shady cops, corrupt rehab doctors, and his wife’s family, a powerful clan of financial elites. Navigating this new battlefield, he’ll have to find justice for Kay while also seeking his own redemption.

Humming with mystery and grief, Fire in the Blood is a compulsively readable thriller about the wars we fight, whether overseas, in our city streets, or in the depths of our own hearts.

An excerpt from Fire in the Blood

Piles of garbage lay heaped and frozen along the sidewalk of Valentine Avenue. Kosta sidestepped the jutting wing of a flayed umbrella so as to avoid catching his coat, barely slowing as he threaded his way between the mounds of snow, hopping over runnels of mud and ice. He had come to know cities as places of battle, and his momentum was dictated by a soldier’s code—­always stay alert, never linger—­as if the Bronx were an enemy land.

Turning onto the next block, Kosta found himself halted by the sight of a new black truck: a Denali, with chrome headlights and a cheese grater grille. The vehicle was enormous, big as the armored NATO transports he’d ambushed, back in Albania.

A voice crackled in his ear.

“I’m at corner now,” said Buqa. Next he heard Zameer join the line.

“So we are ready, or what? My asses are freezing for real.”

Kosta checked them both with a low hiss.

He peered into the truck’s window, allowing himself a moment to admire it. Leather upholstery and wood grain paneling, glowing with richness and warmth. Kosta hungered for a refined interior such as this. For a second he thought to simply take the truck, but already he could hear the scolding voice of Luzhim. “Stop thinking like a Gheg,” the old man would say. “You’re not in the mountains anymore.”

Put differently: first came the grind, then the come up.

Framing the tenement’s doorway was a tangle of buzzers and exposed wiring. Kosta mashed the buttons with his fist, and after a few seconds the door opened with an electric squawk. The entryway was colder than the street outside. Squatting in the dim light was a fat kid on a stool.

Kosta closed the door with his foot, casting the entryway into orange darkness. Now he could smell the place: the unmistakable reek of human waste. Kosta looked casually around the lobby, ignoring the chubby sentry. A narrow staircase dripped with graffiti. Under the stairs was the gaping mouth of an abandoned elevator.

“Man, I said who are you?” From his back pocket the kid slung out a long gym sock, weighted at one end. He jiggled the sock against his leg with a heavy clink.

Kosta angled himself in the darkness. “So they pay you, sit down here?” he said.

“Anyone you don’t recognize, you supposed to jack them?”

The kid didn’t respond, but curled his fingers tighter around the sock.

Kosta nodded thoughtfully. Then he moved, a quick two-­step, closing the distance as the kid flicked back his arm. But not fast enough. Now Kosta stood too close, blocking a good swing. He smiled widely, let the kid see his perfect teeth.

“They pay you enough?”

Coming up the stairs Kosta passed an old man wearing a fuzzy blue electric blanket. The corded prong hung behind him like a tail as he ambled his way down, skittering on every step.

Kosta came to the fourth floor and prowled down the hallway. Most of the rooms were closed up, except one where a pregnant girl leaned against the doorway, smoking a cigarette and wearing a Burger King crown.

She blinked at him and kept smoking.

Kosta snatched the cardboard crown off her head and sent it gliding down the stairwell. The girl threw her cigarette at him and closed herself behind her door.

“Okay,” said Kosta, into his microphone. “Buqa, come up.”

Less than a minute later she came bouncing up the stairs in her dayglo trainers. Buqa was Kosta’s age but had the wide face of a child, with black-­button eyes and hair pulled back too tight.

“Sorry I take so long,” she breathed, a little winded from the stairs.

Together they went to the door marked 4G.

They knocked and waited, each of them looking down the hallway. When there was no answer, Buqa took a small crowbar from her jacket. The doorframe showed wounds from old pryings, and she quickly popped the bolt.

The room was empty. A bare space with a mattress on the floor and few belongings. Stacks of cardboard packages climbed one wall, the boxes filled with black Maximo spray cans and Krink markers. No sign anywhere of the missing package. Probably cut up and resold, Kosta figured; dust floating back into the ether.

He paced the room. Then went to the window, which opened to a snow-­covered fire escape. Forty feet down through the ironwork was the figure of Zameer, crouched in the trash-­strewn alley, using an old length of pipe to draw angry X’s in the snow.

Zameer looked up but didn’t wave. “We doing this now or what?” he said, into Kosta’s ear. “It’s f***ing cold, is reason I make the question.”

Kosta shut the window and looked around the room again. Whatever might happen, he didn’t want it happening here. Risk-­wise, drug addicts were easy to lowball. They tended to come off compliant, even friendly, but you never knew when one of them would turn. It was how they had lost Leke, a roofer from Tirana who’d worked part-­time as a soldier for Luzhim. Leke was on a collection job when out of nowhere a half-­dead teenage girl had gotten up from the floor and stuck Leke in the calf with a dirty syringe. The crew kicked her to pieces, but it didn’t help Leke; three days later he died at Montefiore from septic thrombosis. So no excitement inside the den, if possible.

Kosta went up another set of stairs and prowled the hallway until he came across an unoccupied room. He was working to free the swollen window frame when Zameer reported from the street.

Kosta popped the window and clambered out, tucking his head against a chilly blast of air. He crouched on the rusty scaffolding and took a moment to gain his balance, the fire escape dropping crookedly below. All around was the frozen Bronx. Skyscrapers ridged the horizon where a gash of purple light spread across the morning haze. Nearby was a church under construction, its spire wrapped in a cocoon of reconstructive mesh.

Kosta spoke into his hoodie, covering the mic with one hand to be heard above the wind.

A few minutes of quiet passed. A car went by and Kosta felt the rhythmic pulse of low-­sonic dub.

There came a banging from below. Buqa in the hallway outside Sean’s apartment, her knuckles going cop-­loud against the door. Kosta pictured how things would go: Sean jumping to his feet, looking frantically around the small apartment. Maybe he’d risk a glance through the keyhole before realizing there was only one exit.

The knocking continued. Then came the scrape of Sean’s window being opened.

Kosta drew a canister from his pocket. In the survival catalogs it was sold as “bear mace,” a highly concentrated pepper spray approved for hunters and outdoor enthusiasts. Multiple labels warned that it should never be used on humans. Kosta snapped off the can’s plastic safety. The fire escape trembled with new weight, and here was Sean crawling out his window, a skinny black kid in a Godzilla T-­shirt, breathing hard as he climbed out into the cold, his jacket bundled under one arm.

Sean had been one of Kosta’s best dealers. The kid had connects with a whole network of art-­type students living in Brooklyn, a market to which Kosta would never otherwise have gained access. Which made it all the more disappointing when Sean missed their last meeting and hadn’t shown up since to pay the dividends he owed.

Kosta whistled. Sean looked up and actually managed to pull off a smile, as if he were going to offer an explanation. Kosta fired the canister, discharging a whooshing cone of white fog into Sean’s face.

For an instant Sean was lost in the blast, but as it cleared Kosta saw the kid’s face, dark and broken by violent sobs. Sean put a hand to his eyes, taking it away from the ladder, and his body weight swung him out over the drop. He snatched himself back to the fire escape with both hands. He began to retch. His feet kicked out. He gurgled and clung for life.

A few minutes later Kosta and Sean came downstairs, the kid’s face purple and slimy. Buqa trailed behind, walking backward to cover their rear, just in case Sean had any friends in the building who might get bad ideas.

“Come around front. Check the street,” said Kosta into the earphone. They waited in the entryway, where the fat kid seemed to have abandoned his post. Then came word from Zameer: no sign of police, no neighbors screaming. They decided to take Sean’s wheels, a shitty old Volvo parked on the curb. Reminiscent of the cars back home, thought Kosta: stitched together from cannibalized parts and repainted in gray primer. He shoved Sean into the cramped backseat, where stuffing bloomed from gashes in the upholstery, and once again Kosta felt a longing for the Denali.

Perry O’Brien served in Afghanistan with the 82nd Airborne but was able to obtain an honorable discharge as a conscientious objector. His fiction has been featured in the war anthology Fire and Forget, and his nonfiction has been published by The New York Times and San Francisco Chronicle. He lives in New York City and works as a labor organizer. 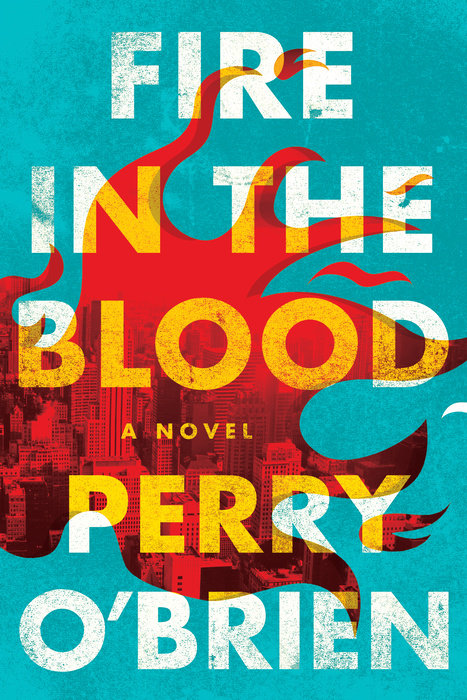