The surprising and dramatic life of the least known of King Henry VIII’s wives is illuminated in the fourth volume in the Six Tudor Queens series—for fans of Philippa Gregory, Hilary Mantel, and The Crown.

Newly widowed and the father of an infant son, Henry VIII realizes he must marry again to ensure the royal succession. Forty-six, overweight, and suffering from gout, Henry is soundly rejected by some of Europe's most eligible princesses. Anna of Kleve, from a small German duchy, is twenty-four, and has a secret she is desperate to keep hidden. Henry commissions her portrait from his court painter, who depicts her from the most flattering perspective. Entranced by the lovely image, Henry is bitterly surprised when Anna arrives in England and he sees her in the flesh. Some think her attractive, but Henry knows he can never love her.

What follows is the fascinating story of an awkward royal union that somehow had to be terminated. Even as Henry begins to warm to his new wife and share her bed, his attention is captivated by one of her maids-of-honor. Will he accuse Anna of adultery as he did Queen Anne Boleyn, and send her to the scaffold? Or will he divorce her and send her home in disgrace? Alison Weir takes a fresh and astonishing look at this remarkable royal marriage by describing it from the point of view of Queen Anna, a young woman with hopes and dreams of her own, alone and fearing for her life in a royal court that rejected her almost from the day she set foot on England’s shore.

An excerpt from Anna of Kleve, The Princess in the Portrait

Anna peered through the window of the gatehouse, watching the chariot trundling through below, enjoying the rich sensuousness of the new silk gown she was wearing, and conscious of her parents’ expectations of her. At fourteen, she should have learned all the domestic graces, and to impress their guests with her virtues.

Every summer, Vater—­or Duke Johann III, as his subjects knew him—­brought his wife and children here to the Schwanenburg, the great palace that towered on a steep rocky hill, dominating the mighty river Rhine and the fair city of Kleve. Joining them today for a short visit were Onkel Otho von Wylich, the genial Lord of Gennep, and Tante Elisabeth, who never let anyone forget that she was the granddaughter of Duke Johann I. With them would be Otho, Onkel’s bastard son. For all the reputation of the court of Kleve for moral probity, bastards were not unwelcome there. Anna’s paternal grandfather, Duke Johann II, had had sixty-­three of them; not for nothing had he been nicknamed “the Childmaker.” He had died when Anna was six, so her memories of him were vague, yet the living testimony to his prodigious fertility was all around her at court and in the great houses of Kleve. It seemed she was related to nearly everyone in the united duchies and counties of Kleve, Mark, Jülich, Berg, Ravensberg, Zutphen, and Ravenstein, over which her father ruled.

Duke Johann was lavishly dressed as usual, welcoming his guests as their chariot drew up at the gatehouse—­dark hair sleekly cut, fringe and beard neatly trimmed, portly figure swathed in scarlet damask. Anna looked at him affectionately; he did love to make a show of his magnificence. At his command, his wife and children were attired in rich silks and adorned with gold chains. Anna stood in a row with her younger siblings Wilhelm and Amalia, who was fondly known as Emily in the family. Vater and Mutter had no need to remind their children to make their obeisances, for courtesy had been drummed into them since they had been in their cradles. Nor were they allowed to forget that they were royally descended from the kings of France and England, and were cousins to the mighty Holy Roman Emperor Charles V, Vater’s overlord. Their awareness of that must be reflected in everything they did.

As young Otho von Wylich stepped down, Anna’s heart almost stopped. To her, this cousin by marriage, two years older than she, seemed like a gift from God as he alighted on the cobbles. Oh, he was fair to look at, with his wavy, unruly chestnut locks and his high cheekbones, strong jaw, full lips, and merry eyes, and he was charming too as he greeted everyone, displaying the proper deference to his host and hostess, with little of the gaucheness often seen in boys of his age. When he rose from his bow to Anna, his smile was devastating.

She was already betrothed, as good as wed, and had been since the age of eleven. When people addressed her formally, they called her Madame la Marquise, for her future husband was Francis, Marquis of Pont-­à-­Mousson, eldest son of Antoine, Duke of Lorraine. They had never met—­she had not even seen a portrait of him—­and although she was always being reminded of her great destiny, the prospect of marriage still seemed unreal. Some of her dowry had already been paid, and she had long expected her wedding to take place as soon as Francis reached marriageable age at fourteen, this very year.

She had been too young for a betrothal ceremony: her consent had been implicit in the contract her father had signed. She had accepted without question the husband chosen for her, having been schooled in her duty from infancy; but now, having seen Otho von Wylich, she wished for the first time that she was not spoken for. She could not drag her eyes away from Otho’s engaging smile.

As she struggled to hide the fact that her world had just shifted seismically, Vater led the guests through the majestic Knight’s Hall, his serious, craggy features becoming animated as he pointed out the decorative sculptures to Otho.

“This hall is said to have been built by Julius Caesar,” he said proudly.

Slowly, they processed through the state rooms. Anna was aware only of Otho, standing just inches away, and of his eyes on her.

“We had these apartments built on the model of the great French chateaux on the Loire,” Vater boasted, waving a beringed hand at the fine furniture and tapestries. Anna saw her uncle and aunt exchange envious glances. Mutter seemed serenely unaware. All this splendor was no more than her due, for she had been a great heiress, and had brought Vater rich territories and titles. She graced the court of Kleve in a manner that was regal yet humble, as deferential as a woman should be. Both she and Vater were strict in maintaining the elaborate code of etiquette laid down by the dukes in the manner of their Burgundian ancestors; in matters of courtesy and style, the court of Burgundy had led fashionable Christendom for nearly a hundred years now. Mutter and Vater also welcomed new ideas from the magnificent court of France, not far to the west of Kleve, and from Italy, which permeated north by means of visitors traveling up the Rhine. Anna sometimes sensed that Vater’s court was too sophisticated and free-­thinking for Mutter’s taste; it seemed much more liberal than the court of Jülich had been. But Mutter would never criticize what went on in Kleve.

When they reached the private apartments, wine was served, the sparkling Elbling that Vater regularly had brought upriver from the vineyards on the Mosel. Onkel Otho and Tante Elisabeth accepted their goblets with alacrity. It was as well that it was not evening, for the rules at court were strict, and all wine, even the Duke’s, was locked away at nine o’clock by his Hofmeister, who took his duties very seriously.

As they sipped from their goblets of finest Venetian glass, the adults talked, stiffly at first, then gradually relaxing, while their children sat silently listening, Anna intensely aware of Otho, who was sitting beside her.

“Your father has a wondrous palace,” he said.

“I hope you will be able to see more of it,” she replied. She felt sorry for him, for he had no hope of inheriting any great houses, even though it was no fault of his that he was a bastard. “But I am sure you live well in Gennep.”

“Not as well as you do here, Anna,” he told her, with another of those devastating smiles, and she thrilled to hear her name on his tongue. “But I am fortunate. My father and stepmother treat me like their lawful son. They have no other children, you see.”

“But you have friends?”

“Yes, and I have my studies, and an amiable tutor. One day, I will have to make my own way in the world, probably in the Church.”

“Oh, no!” she exclaimed, before she could stop herself. “I mean, you could surely have a happier life doing something else.”

He grinned. “You are thinking of the pleasures I would have to give up,” he said, making her blush. “Believe me, I think of them too. But I have no inheritance, Anna. It will all go to a cousin when my father dies. What else can I do?”

“Vater will find you a post here, or Dr. Olisleger, his chancellor, I am sure!”

“How kind you are, Anna,” he murmured. Their eyes met, and she read in his gaze all she could have hoped for. “I can think of nothing I would like more than being at the court of Kleve. It would mean I could see you more often.”

His words took her breath away. “Then I will ask for you,” she promised. 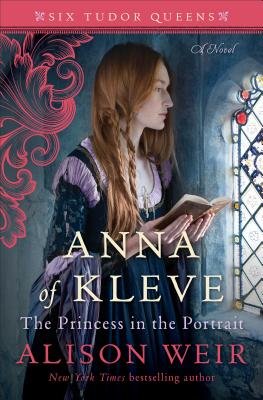