“A superb read and a remarkable end to a brilliant series.”—Historical Novel Society

Having sent his much-beloved but deceitful young wife Katheryn Howard to her beheading, King Henry fixes his lonely eyes on a more mature woman, thirty-year-old, twice-widowed Katharine Parr. She, however, is in love with Sir Thomas Seymour, brother to the late Queen Jane. Aware of his rival, Henry sends him abroad, leaving Katharine no choice but to become Henry’s sixth queen in 1543. The king is no longer in any condition to father a child, but Katharine is content to mother his three children, Mary, Elizabeth, and the longed-for male heir, Edward.

Four years into the marriage, Henry dies, leaving England’s throne to nine-year-old Edward—a puppet in the hands of ruthlessly ambitious royal courtiers—and Katharine's life takes a more complicated turn. Thrilled at this renewed opportunity to wed her first love, Katharine doesn't realize that Sir Thomas now sees her as a mere stepping stone to the throne, his eye actually set on bedding and wedding fourteen-year-old Elizabeth. The princess is innocently flattered by his attentions, allowing him into her bedroom, to the shock of her household. The result is a tangled tale of love and a struggle for power, bringing to a close the dramatic and violent reign of Henry VIII.

An excerpt from Katharine Parr, The Sixth Wife

Katharine was five when death cast its black shadow over her life. It was a terrible time of fear and grief when the dread plague known as the sweating sickness ravaged London. She squeezed herself into a corner as the house at Blackfriars was boarded up against the pestilence, and shrank at the tolling of the bells of the city’s churches and the smell of the herbal medicines made by Mother just in case anyone in the household was struck down. Young as she was, she understood the gravity of the situation. Set to her easy tasks in the still room, she had heard the adults talking in the kitchen beyond, heard them speak of the speed with which the sweat could kill, of people just dropping dead in the street without warning. She learned that even the King had fled from London. She knew, as well as anyone else, the signs of the disease, watched herself in case she felt shivery, or dizzy, or thirsty, or developed a headache and other pains. She knew too that, if she lived for a whole day and night with the sweat, she would recover. That would be her only hope.

She was utterly thankful that Mother had returned from serving the Queen. In her calm, reassuring presence, things did not seem as frightening. Mother had taught Katharine and her four-­year-­old brother William a special prayer: “Lighten mine eyes, O Lord, lest I sleep the sleep of death.” Each day, they had to confess their little sins to Dr. Melton, the chaplain, so that they might always be in a state of grace, ready to meet their Maker. Two-­year-­old Anne was too young to say meaningful prayers, but Mother made up for that, praying over her youngest every evening as she held her to her swollen belly. Katharine knew there would be another baby brother or sister soon. She was hoping that the horrible sweating sickness would be gone before the child arrived—­and that it would be a girl. But the plague raged on, even into November, which was when Father fell ill of the sweat.

Banned from the sickroom for fear of infection, Katharine watched her mother bustling in and out with bowls of steaming water and towels. She watched the front door being unboarded to admit the physician and, two days later, her father’s lawyer, both of them with clove-­scented linen bound around the lower part of their faces. She was aware of a hush descending on the house and the need to go about quietly.

The next day brought her beloved Uncle William, Father’s younger brother, and Father Cuthbert Tunstall, as the children knew him. The priest was placid, wise, and gentle, with a clean-­shaven face and a crooked nose. He was not only their kinsman, but a great friend to them all and a very important man, for he served King Henry. Katharine adored him as much as she did Uncle William, who was rather portly and had twinkling eyes and a merry round face. Both men were very kind, assuring the children that Father was safe in God’s hands and that God could be trusted to do what was right for him. It was a lesson Katharine would always remember. But she did not miss the tear in the eye of her rough-­mannered, soldierly uncle.

It was hard to accept that God knew best when, that evening, Mother, bravely stifling her sobs, told them that Father had died and gone to Heaven. The house was draped in black and everyone put on mourning clothes. When Katharine heard the great bell tolling at the nearby Blackfriars monastery, she knew it was for her father. Uncle William told her that it would toll thirty-­four times, one for every year of Sir Thomas Parr’s life.

The children did not attend the burial in the chapel of St. Anne in the Blackfriars, which was where Father had wanted to be buried, next to their older brother, who had died at birth. They watched their mother, her fair hair hidden beneath a nun-­like headdress and black veil, walk out of the door, leaning heavily on Uncle William’s arm. Little Will was crying, and Katharine was dangerously near tears herself, striving to come to terms with the fact that her father would never wake up and that she would never see him again. She wanted to remember him as he was when he was alive and well.

He had been clever and learned—­a great man at the court of King Henry. He had been close to the King, as Mother was close to the Queen, who was Katharine’s godmother and took a special interest in her, even though Katharine had never met her. Both her parents had spent much time at court; Mother even had her own chambers there, and Katharine now wondered if she would return to her duties.

It did not matter to her that her father had been rich and important; it was the debonair man with laughter lines about his eyes whom she would remember and grieve for, a good father who had prized and loved his children.

“Do not weep, little ones,” Dr. Melton had said kindly as he followed the family out of the house, his missal in his hand. “Your father has gone to God. We must be happy for him and not question the Lord’s will.”

Katharine wished she could be so accepting. She wanted to be like her mother, who was bearing her loss very bravely. But, every time she thought of Father, she could not stop crying.

Agnes, her nurse, put her arms around the children and hugged them, then led them into the parlor where a welcoming fire was crackling on the hearth.

“I will tell you a story,” she said, and proceeded to relate a colorful tale of Robin Hood and Maid Marian. Then she set the children to building a house of cards, and that was how the mourners found them when they returned from the chapel. Mother’s eyes were red, but she was smiling as she took Katharine and Will by the hand and led them into the hall, where the funeral meats were laid out. It was a small gathering because of the sweat.

After the meal, the family retired to the parlor and, as the children resumed their building game, the adults settled by the fire.

“I can’t believe he’s gone,” Mother said, in a broken voice. “We were granted just nine years together. I never thought to be a widow at twenty-­five and having to bring up my children single-handed.”

Katharine watched Uncle William reach across and lay his hand on her mother’s. “You are not alone,” he said.

“No, you are not, Maud,” Father Cuthbert assured her. “We will look after you. It is what Thomas wanted, and why he named us his executors.”

“You will not be in want,” Uncle William chimed in. “Will is to succeed his father. The girls have been left marriage portions that will secure them respectable husbands. Not noble ones, but solid matches.”

Mother sighed. “Yes, and I must be grateful for that, but he left nothing for this little one.” She patted her belly. “If it is a boy, he will have no inheritance. If a girl, I myself must provide her with a dowry. Thomas was not thinking logically. The illness crazed his brain. Without the income from his offices at court, I will have less money to live on, and I must conserve Will’s inheritance. There is nothing for it. I must live modestly.”

“Will you return to the Queen’s service?” Father Cuthbert asked.

“When this one is born, I must,” Mother said. “I thought of going north to Kendal, where I could live more cheaply, but the castle there is derelict, and it is a long way from all my friends.”

“You must not even consider it.” Uncle William was adamant. “You must close this house up and come to live with me and Mary at Rye House.”

Katharine’s ears pricked up. Everything she had ever heard about Rye House had led her to believe it was a wondrous place. Her cousins were there, and it would be a mercy to get away from London and the plague.

Mother’s face had lightened. “William, I cannot tell you what your kindness means to me. I would love to come. It will be good for the children. The air is so healthy there. But I fear I must ask you another favor.”

“You have only to name it,” Uncle William said gallantly.

“I need help with my finances,” she replied, “and someone to manage our estates in the north, because I will be better placed in the south to secure good futures for my children. I must devote my life to them from now on.”

“You may leave all that safely to me,” Uncle William said.

Mother rose and embraced him. “No woman ever had a better brother-­in-­law.”

“Could your own kinsfolk help?” Father Cuthbert inquired.

“The Greens?” Mother shook her head. “You know that my father died in the Tower under suspicion of treason. I was the last of the line and his heiress. Everything I had, I brought to Thomas. I do have family connections in the north and the Midlands, but . . .”

Katharine had often heard her parents speak of their kinship with noble families—­Vauxes, Throckmortons, Nevilles, Dacres, Talbots, and Father Cuthbert’s family, the Tunstalls, to name a few. These connections were a source of great pride to them all, but it was hard trying to remember their names. She didn’t know any of these people and she suspected her mother hadn’t had much to do with them either. 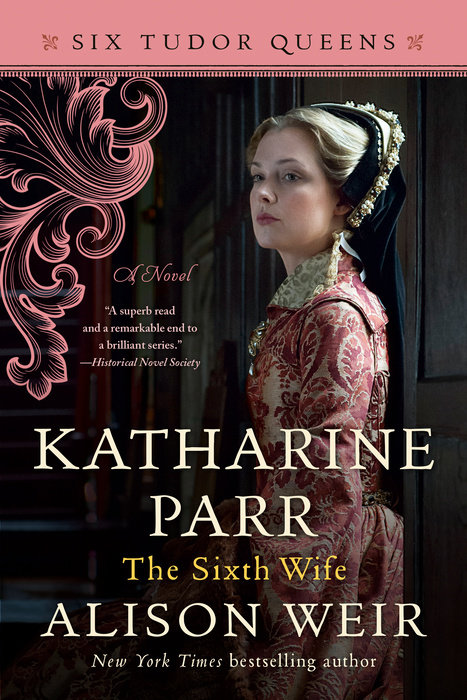