Packed with incredible true stories and legendary medieval intrigue, this epic narrative history chronicles the first five queens from the powerful royal family that ruled England and France for over three hundred years.

The Plantagenet queens of England played a role in some of the most dramatic events in our history. Crusading queens, queens in rebellion against their king, seductive queens, learned queens, queens in battle, queens who enlivened England with the romantic culture of southern Europe—these determined women often broke through medieval constraints to exercise power and influence, for good and sometimes for ill.

This second volume of Alison Weir’s critically acclaimed history of the queens of medieval England now moves into a period of even higher drama, from 1154 to 1291: years of chivalry and courtly love, dynastic ambition, conflict between church and throne, baronial wars, and the ruthless interplay between the rival monarchs of Britain and France. We see events such as the murder of Becket, the Magna Carta, and the birth of parliaments from a new perspective.

Weir’s narrative begins with the formidable Eleanor of Aquitaine, whose marriage to Henry II established a dynasty that ruled for over three hundred years and created the most powerful empire in western Christendom—but also sowed the seeds for some of the most destructive family conflicts in history and for the collapse, under her son King John, of England’s power in Europe. The lives of Eleanor’s four successors were just as remarkable: Berengaria of Navarre, queen of Richard the Lionheart; Isabella of Angoulême, queen of John; Alienor of Provence, queen of Henry III; and finally Eleanor of Castile, the grasping but beloved wife of Edward I.

Through the story of these first five Plantagenet queens, Alison Weir provides a fresh, enthralling narrative focusing on these fascinating female monarchs during this dramatic period of high romance and sometimes low politics, with determined women at its heart.

An excerpt from Queens of the Crusades

“An Exceedingly Shrewd and Clever Woman”

On Sunday, December 19, 1154, Henry II, the first Plantagenet King of England, was crowned in Westminster Abbey, along with his Queen, Eleanor of Aquitaine, amid great splendor and rejoicing. Monarchs had about them an aura of spiritual sovereignty, conferred on them at their anointing with holy oil. The coronation of a queen sanctified her and set her apart from lesser women. It enhanced the dignity of her husband the King—especially so in this case because, through his marriage to Eleanor, Henry II had become master of a great continental domain.

The royal dynasty established on that day was to rule England for 331 years.

There are many perceptions of Eleanor of Aquitaine. Debate rages over the extent of her political activity and her influence on culture. As a stateswoman, her influence was felt for over six decades—she was both notorious and respected. It is possible to regard her as a romantic heroine in the widest sense, even though the wilder myths about her have now been dispelled. She inspires the imagination today, just as she did in her own time. But the sources form an incomplete record, so there will always be room to ask the question: who was the real Eleanor?

She was undoubtedly a forceful character. She was heiress to one of the richest domains in medieval Europe. In the twelfth century, Europe was divided into feudal domains, and what is now France then comprised the kingdom of France itself and several vassal domains, or demesnes. The county of Poitou and the duchies of Aquitaine and Gascony covered a vast region in the south-west, about one third of modern France. By comparison, the kingdom of France was small, centered mainly upon Paris and the surrounding area. As descendants of the Frankish Emperor Charlemagne, whose empire had encompassed much of western Europe, French kings were overlords of all the fiefdoms, including Aquitaine, in the region roughly corresponding to modern France. This often led to power struggles between the kings and their vassals.

Aquitaine—named “land of waters” after its great rivers—had been established as a duchy by the middle of the tenth century, and it was now very prosperous. In 1058, the southern wine-producing duchy of Gascony, with its bustling port of Bordeaux, had been absorbed into Aquitaine. Poitou lay to the north, where its northern border marched with those of Brittany, Anjou and Touraine, and its chief city was Poitiers. Eleanor’s was a rich inheritance.

“Opulent Aquitaine [was] sweet as nectar thanks to its vineyards dotted about with forests, overflowing with fruit of every kind, and endowed with a superabundance of pasture.” Aquitanians spoke the langue d’oc (Provençal), or Occitan, a Romance language derived from the dialect spoken by Roman invaders centuries before. North of the Loire, and in Poitou, they spoke Poitevin, or the langue d’oeil.

The Aquitanian lordships and castles were controlled by hostile, feuding vassals who resented interference from their ducal overlords and were notorious for their propensity to rebel and create disorder. They enjoyed a luxurious standard of living compared with their unwashed counterparts in northern France, and were regarded by northerners as soft and idle, yet they could be fierce and violent when provoked. Successive dukes had consistently failed to subdue their vassals or establish cohesion within their own domains, and their authority still did not reach far beyond the vicinities of Poitiers and Bordeaux. They did not have the wealth or resources to extend their power into the feudal wilderness and forests beyond these areas.

Nevertheless, the duchy was wealthy, thanks to its lucrative trade in wine and salt, and its religious life flourished. Successive dukes built and endowed many fine churches and monasteries, notably the Romanesque cathedrals in Poitiers and Angoulême. The twelfth century witnessed a great monastic revival, with the founding of several new orders: the Cistercians; the Augustinian canons, whose double houses admitted both men and women; the Carthusians, who lived under an austere rule requiring them to embrace a life of solitude and silence; and the Order of Fontevraud, especially dear to Eleanor of Aquitaine and her family. The nuns’ necrology records that Eleanor “was from her earliest life a patron of the church of Fontevraud.”

Eleanor “sprang from a noble race” of dukes who had been blessed with pious, feisty wives. Her grandfather, William IX, married Philippa, heiress to Toulouse, which bordered Gascony in the south. It was an important fiefdom, for through it wound the major trade routes that linked Aquitaine with the Mediterranean. But Philippa’s uncle, Raymond, Count of Saint-Gilles, had usurped her inheritance and she saw in William IX a ruler with the power and resources to recover it.

This was an age of great religious fervor that witnessed thousands undertaking long, sometimes dangerous, pilgrimages to holy shrines, notably St. James’s at Compostela, St. Peter’s in Rome and Christ’s burial place, the Church of the Holy Sepulchre at Jerusalem. Since ad 640, Palestine had been under Arab rule. In 1095, Pope Urban II had exhorted Christians to take part in the First Crusade, in the hope of liberating Jerusalem. William IX, who did not don the cross that was symbolic of a vow to go on crusade, seized Toulouse in the absence of the usurping Raymond, who had led a crusading army to the East, having renounced his claim to Toulouse in favor of his son, Bertrand. William incurred the anger of the Church by violating the Truce of God, which required all Christians to refrain from invading the lands of a crusader during his absence.

Feudal Europe was essentially a military society. Warfare was the business of kings and noblemen, increasingly conducted by the evolving rules of chivalry, a knightly code enshrining ideals of courage, loyalty, honesty, courtesy and charity. In this martial, male-dominated world, women had little place. The Church taught that the descendants of Eve were the weaker vessel and the source of all lechery. They were seen as feeble, irrational creatures who needed to be governed by men, and were expected to be chaste, humble, modest, sober, silent, charitable and well behaved.

Kings and noblemen married for political advantage, and women rarely had any say in how they or their wealth were to be disposed in marriage. Heiresses and rich widows were sold off to the highest bidder, for political or territorial advantage. The betrothal of infants was not uncommon, although the Church laid down the minimum ages for cohabitation as twelve for girls and fourteen for boys. Personal choice and love were not paramount considerations.

The early chansons de geste (songs of deeds) had celebrated military ideals of courage in battle, loyalty, honor and endurance, but the troubadours of the south popularized the concept of courtly love, revolutionary in its day. William IX’s court at Poitiers quickly became renowned for this new literary trend, and by 1100 it had become the foremost cultural center in France. With this impetus, romantic literature flourished in the twelfth and thirteenth centuries, particularly in Aquitaine and Provence.

Drawing on Plato and Arab writers and influenced by the growing popularity of the cult of the Virgin Mary, the troubadours composed lyric poetry and songs. They deified women, according them superiority over men, and laid down codes of courtesy, chivalry and gentlemanly conduct. Thus were born ideals of honor and courtship that, in the centuries to come, would permeate European literature and culture to such a degree that their influence is still with us today.

The rules of courtly love gave a mistress mastery over her humble, worshipping suitor, who had to prove his devotion before his love was even acknowledged. The mistress (the word was the female equivalent of “master”) was an idealized figure, often high-born and frequently married, who was supposedly unattainable. In this aristocratic game—for such it was—the woman always enjoyed supremacy and the man was her servant. Her wishes and decrees were absolute, and any suitor who did not comply was deemed unworthy of the honor of her love. The ultimate favour was rarely to be granted, yet ideals of chastity permitted courtly lovers to sleep naked together so long as they did not have sex. The tenets of courtly love had little to do with contemporary notions of courtship and marriage, but, in the relaxed cultural atmosphere of the south, they flourished as an absorbing intellectual pastime of the upper classes; in the more sober north, courtly love was regarded as an excuse for adultery. There, a noblewoman who betrayed her spouse could be banished or imprisoned; for the man who cuckolded his overlord, the penalty was castration. Aquitanians, however, took a relaxed view of such matters. 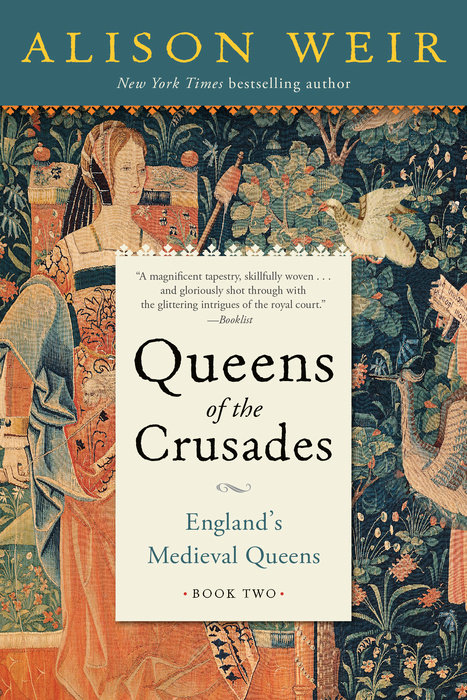