Packed with dramatic true stories from one of European history’s most romantic and turbulent eras, this epic narrative chronicles the five vividly rendered queens of the Plantagenet kings who ruled England between 1299 and 1399.

The Age of Chivalry describes a period of medieval history dominated by the social, religious, and moral code of knighthood that prized noble deeds, military greatness, and the game of courtly love between aristocratic men and women. It was also a period of high drama in English history, which included the toppling of two kings, the Hundred Years War, the Black Death, and the Peasants’ Revolt. Feudalism was breaking down, resulting in social and political turmoil.

Against this dramatic milieu, Alison Weir describes the lives and reigns of five queen consorts: Marguerite of France was seventeen when she became the second wife of sixty-year-old King Edward I. Isabella of France, later known as “the She-Wolf,” dethroned her husband, Edward II, and ruled England with her lover. In contrast, Philippa of Hainault was a popular queen to the deposed king’s son Edward III. Anne of Bohemia was queen to Richard II, but she died young and childless. Isabella of Valois became Richard’s second wife when she was only six years old, but was caught up in events when he was violently overthrown.

This was a turbulent and brutal age, despite its chivalric color and ethos, and it stands as a vivid backdrop to the extraordinary stories of these queens’ lives.

An excerpt from Queens of the Age of Chivalry

“When Love Buds Between Great Princes”

In September 1299, the Princess Marguerite of France found herself on a ship crossing the English Channel, with the white cliffs of Dover drawing ever nearer as she sailed to England to marry its King, Edward I. He was sixty and she was twenty, and probably in awe of his fearsome reputation. Her body was to seal a peace between England and France.

Her crossing was apparently smooth. Her half-brother, King Philip IV of France—known as “Philip the Fair” because of his good looks—had provided her with a retinue befitting a queen. The dukes of Burgundy and Brittany headed an impressive, elegantly dressed train of nobles and “people of knowledge.” Among Marguerite’s female attendants were seven French ladies, and two English ones sent by King Edward to wait on his bride and teach her English customs.

When her ship docked at Dover, Marguerite was received “with great ceremony” and news of her coming was sent to the King, who had temporarily ceased fighting the Scots to attend his wedding and was awaiting her twenty miles away in Canterbury, where lavish preparations for the welcome of the royal parties had been put in place. As Edward gave thanks for Marguerite’s safe landing, she settled into the chambers prepared for her in the twelfth-century Great Tower in Dover Castle, where she spent the night behind walls twenty feet thick. The next day, she set out for Canterbury.

Edward I had been a widower for nearly nine years. His adored wife, Eleanor of Castile, a formidable and grasping woman, had died in 1290. In her memory, he had erected twelve beautiful crosses along the route taken by her funeral procession from Lincolnshire to Westminster Abbey, where she now lay buried in a magnificent tomb. “The impiety of death, which spares no man, has stricken our heart with vehement sorrow and turned the harp of our house into mourning,” Edward had written of “our Queen of good memory, whom in life we dearly cherished, and whom, in death, we cannot cease to love.” But now, driven by political imperatives, he was contemplating marrying a second time.

Edward I was one of England’s greatest medieval kings. “In build, he was handsome and of impressive stature, towering head and shoulders above the average.” His body, well preserved when his tomb was opened in 1774, was six foot two inches tall. “His brow was broad and the rest of his face regular,” apart from “a drooping of the left eyelid.” Neither this nor a slight stammer or lisp detracted from his awe-inspiring majesty. He was formidable: autocratic, forceful, fierce-tempered, fearless, and full of boundless vigor. A born leader and a talented and dynamic ruler, he was magisterial and statesmanlike, yet unscrupulous, ruthless, cruel, and occasionally violent.

Under Edward I, the prestige and authority of the English Crown reached its medieval zenith. In every respect, he personified contemporary ideals of kingship. A distinguished warrior, he had inflicted a devastating conquest upon Wales, and had since spent years relentlessly trying to conquer Scotland, his ultimate aim being the unification of Britain under his rule. He had streamlined the administration of his kingdom, enforced the royal prerogative, implemented far-reaching legal reforms that won him the epithet “the English Justinian,” and promoted parliamentary government. He understood the need to curb the power of the great feudal lords and, by sheer force of character and judicious marriage alliances, he kept them firmly under control.

Edward’s great adversary was Philip IV of France, the most powerful ruler in Christendom. From 1296, Philip had been at war with both England and Flanders.

The conflict was the result of a long-standing feud over England’s possessions in France. In the twelfth century, through the marriage of Henry II to Eleanor, Duchess of Aquitaine, the empire of the Plantagenets, the ruling dynasty Henry had founded in 1154, had extended from the Scottish border to the Pyrenees and encompassed roughly the western third of France, while the French royal demesne had been limited to the regions around Paris. By 1204, Henry’s son, King John, Edward I’s grandfather, had lost most of the English Continental territories, including Normandy, to the ambitious Philip II “Augustus” of France, and there were further French encroachments under John’s son Henry III, as successive French monarchs sought to broaden their domain. By the time of Edward I, all that remained of England’s lands in France were the prosperous wine-producing duchy of Gascony (the southern part of the duchy of Aquitaine) and the counties of Ponthieu and Montreuil, which had come to the English Crown through the marriage of Edward I and Eleanor of Castile in 1254.

In 1296, vigorously pursuing his predecessors’ expansionist policy, Philip IV had seized Gascony. Edward was determined to get it back, while Philip wanted to drive a wedge between him and the people of Flanders, who had united against the French Crown. By 1298, the two kings were engaged in secret peace negotiations. That spring, Pope Boniface VIII wrote to Edward, urging him to marry Philip’s eldest half-sister, eighteen-year-old Blanche, as a means of ending the war. The match appealed to Edward, who sent envoys to Paris to find out if she was beautiful and had a good figure. When told that no fairer creature could be found in the whole world, he offered for her. But after his brother, Edmund “Crouchback,” Earl of Lancaster, arrived in France to conclude negotiations, he discovered that Blanche was already betrothed to Rudolph, Duke of Austria. Edward was angered by the deception, but Philip IV substituted her younger sister, “the Lady Marguerite, in whose least finger there is more goodness and beauty, whoever looks at her, than in the fair Idoine, whom Amadus loved,” Idoine being the princess won by the knight in an English rhyming romance Sir Amadas. Edward may have met Marguerite in 1286 when she was seven and he and Queen Eleanor enjoyed a lengthy stay in Paris.

Boniface now suggested a double marriage alliance between France and England: Edward I was to marry Marguerite, while his son and heir, Edward of Caernarfon, Prince of Wales (later Edward II), would wed Philip’s daughter Isabella, then two years old. Once this peace had been sealed, Gascony was to be returned to King Edward. The plan was approved by both sides and the English Parliament. For Philip, it conjured up the tantalizing prospect of French influence being extended into England and his grandson eventually occupying the English throne. For Edward, it promised two brilliant marriages and the return of Gascony. Marguerite would be the first French princess ever to become queen of England, and the first English consort in 150 years not to hail from southern France or the Iberian peninsula.

Marguerite and Isabella had been born into the most illustrious royal house in Christendom. In the early fourteenth century, France was the wealthiest and most heavily populated kingdom in Europe: it had an estimated twenty-one million inhabitants, compared to four and a half million in England, and eighty thousand of them lived in Paris, twice the population of London. French society was essentially feudal, and the royal domain now covered more than half of modern France; the rest was made up of vassal feudatories.

The Capetian dynasty had ruled France since 987, the crown having passed unfailingly from father to son. The imperial blood of the great Emperor Charlemagne ran in its veins. It had gained its reputation largely through the successes of its thirteenth-century kings, and the canonization in 1297 of Marguerite’s grandfather, Louis IX, one of the greatest of medieval monarchs.

Isabella and Marguerite must have grown up with a strong sense of their importance. They would have been raised to believe in the sanctity of the royal line of Capet and its superiority over all other ruling dynasties. They would also have learned that royal and aristocratic marriages could bring about changes in the ownership of feudal territories, which sometimes led to kings and lords owning lands far from their own domains.

Edward I’s mother, Alienor of Provence, had been the sister of Marguerite of Provence, the wife of St. Louis. The family ties between the two royal houses had led to the signing of the Treaty of Paris of 1259, which had brought peace between England and France. These new marriages would preserve those ties. 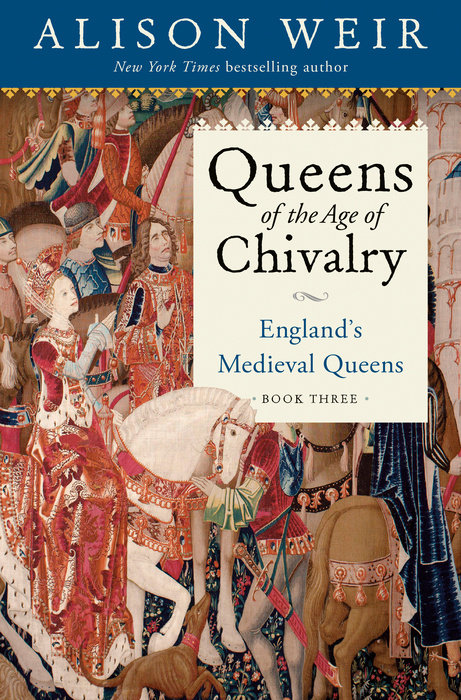