“[A] rousing mash-up of military SF thriller and paranormal adventure . . . Scarlett is a resourceful and endearing heroine.”—Publishers Weekly

What if you had a power you had to hide from everyone—until now? In this bold sci-fi action thriller, a secret training program at West Point is turning misfits into a new generation of heroes.

Scarlett Winter has always been an outsider, and not only because she’s a hardcore daredevil and born troublemaker—she has been hiding superhuman powers she doesn’t yet understand. Now she’s been recruited by a secret West Point unit for cadets with extraordinary abilities. Scarlett and her fellow students are learning to hone their skills, from telekinetic combat to running recon missions through strangers’ dreamscapes. At The Point, Scarlett discovers that she may be the most powerful cadet of all. With the power to control pure energy, she’s a human nuclear bomb—and she’s not sure she can control her powers much longer.

Even in this army of outsiders, Scarlett feels like a misfit all over again, but when a threat that endangers her fellow students arises from the school’s dark past, duty calls and Scarlett must make a choice between being herself and becoming something even greater: a hero.

Praise for The Point

“An exciting military SF adventure . . . This action-packed military thriller keeps a fast pace and will appeal to fans of X-Men’s Charles Xavier’s School for Gifted Youngsters and TV military series such as The Unit and SEAL Team.”—Library Journal

“A thrilling mix of SF and coming-of-age story.”—Booklist

An excerpt from The Point

“You came here as children,” keynote speaker Senator Wesley Ditko said, “but you leave here as men and women.”

Mid-­May was typically beautiful in the Philadelphia suburbs, but today the sun beat down mercilessly on the 411 graduating seniors seated before the stage. Their suffering families sagged along open bleachers.

Master Sergeant Charles Winter, U.S. Army, retired, gray-­haired and bespectacled, sat ramrod straight on the top bleacher, watching the proceedings with a stony face that betrayed neither pride nor impatience.

Mrs. Winter, resplendent in a bright yellow dress, moved incessantly, fanning herself with the graduation program. She shifted in her seat and whispered to her son.

Sergeant Daniel Winter, U.S. Marine Corps, sat as straight as his father but failed to replicate the man’s stoicism. He beamed, proud and relieved. His kid sister actually was going to graduate after all.

“A plane in its hangar is safe,” Senator Ditko said, and smiled down at the fidgeting seniors, pausing to make eye contact with the valedictorian: his daughter. “But planes aren’t meant to sit in hangars. Ladies and gentlemen, you are clear for takeoff. Spread your wings and fly!”

Principal Santana returned to the microphone, her face shining with perspiration, and began calling students onstage. Douglas Abbey stumbled coming up the stairs but caught himself and gave the crowd a big grin before shaking the principal’s hand and accepting his diploma.

One by one, students crossed the stage. Whatever each had been—­athlete or scholar, geek or dullard, stud or square—­it was over now. He or she had run the gauntlet, surviving the thirteen years of institutionalized insanity that constitute the American public school experience.

Mrs. Winter fanned her face, which grew redder with each passing minute.

Mrs. Winter tucked the makeshift fan into her purse and grabbed the hands of her husband and son. “Here we go.”

After all these years, all these worries—­troubles at school and problems with police and endless emergency room visits in which nurses cooed over her pretty daughter, the girl with a wild streak, a daredevil who seemed to have broken every bone in her body—­her baby finally was graduating.

Wild but sweet, her Scarlett. Always sweet and loving, full of kindness.

Mrs. Winter loved her husband and son, but they were cold and self-­reliant, as her own father had been. Not Scarlett. Scarlett was her heart, her only warmth in the Winter household.

The long suffering was finally over. At last, a new beginning.

Mrs. Winter laughed and leaned forward, her vision blurry with tears of joy.

There was a brief pause.

From the student seating, choppy bursts of laughter rattled like sporadic gunfire.

No one stood. No one climbed the stairs. No one crossed the stage.

More laughter rippled through the crowd, and for a frantic second Mrs. Winter feared she might join in with a peal of hysterical laughter.

A blond-­haired boy whooped loudly, charged up the stairs, and Frisbeed his mortarboard into the applauding crowd.

Mrs. Winter dropped her face into her hands and sobbed.

Master Sergeant Winter, his mouth a grim slash across his sunburned face, stood and nodded to his son. Together they took Mrs. Winter’s arms and helped her to her feet. If not overtly sympathetic, the men were inarguably gentle and protective. Fiercely so, even.

As the family made its slow descent, people turned to watch with sympathy, amusement, or horror. Master Sergeant Winter stared straight ahead, betraying nothing.

The eyes of the broad-­shouldered Marine, however, burned with rage. Marching stiffly toward the parking lot, he growled, “Where the hell is Scarlett?”

Stretched out high atop the stone quarry cliff, loving the bright sunshine baking her bare skin, Scarlett grinned, naked save for bright blue knee socks, aviator shades, and perhaps too many scars for a girl of eighteen.

Nick, the cute, inked-­up vegan she’d been hanging with lately, lay beside her. His blond dreads spilled over his tanned shoulders as he sat up and took a deep pull off the pipe.

Scarlett liked the way that sunlight twinkled on his nose ring and glistened along the light sheen of perspiration covering his lean body. They’d broken a sweat climbing the cliff and had kept it rolling with a spirited celebration at the top. Life was good.

Her phone vibrated, rattling on the rocky ground between their towels.

Scarlett’s stomach lurched. Picturing her mother’s face, she felt a pang of guilt. She started to reach for the phone, but then she pictured her father’s face and . . .

Nick capped the bowl with the red Bic. “You going to answer it?”

She just stared, her hand hovering there. The phone stopped vibrating.

“Guess not,” Nick said, and handed her the pipe.

She sucked in a deep hit of Super Lemon Haze. It was good weed. A little tart, a little sweet, like smoking Lemonhead candy. “It’s my life, not theirs,” she said, holding the citrusy smoke. “I’m the one who has to live with my choices.”

Mom wanted her to go to college, which right now held about as much appeal as chugging a gallon of spoiled milk. She was tired of rules and homework and sitting around, listening to people talk.

Her father wanted her to go into the Army.

Scarlett had plans. She and Ginny were going to backpack in Europe. Sleep in youth hostels, drink good beer, see the sights—­Paris, Madrid, Rome—­and meet up with Ginny’s dad in Amsterdam. They’d sail to the Caribbean and check out the yacht culture, rich people partying 24/7 and swapping business cards.

She just had to break it to her parents.

She handed Nick the pipe. Then she picked up a rock and pitched it over the cliff and watched it tumble down, down, down and smack into the quarry pond a hundred feet below. Impact rings pulsed across the surface.

Nick took another hit and held the pipe out to her again.

She waved him off and leaned back. “I’m good.” High above, an airplane glinted in the sky. She imagined the people sitting up there, doing crosswords and playing solitaire at several hundred miles an hour.

She stood and pulled on her shorts and bikini top. She had to shake this mood. Here she was, free at last, but she felt like she was being smothered.

“Don’t let it get you down,” Nick said. “We’re celebrating, right?” He unzipped the backpack and pulled out a pair of Yuenglings beaded with condensation. Smiling over his shoulder—­the one tattooed carpe diem—­he said, “Wanna do it again?”

“No,” she said, stuffing her phone and sandals into her backpack.

“I have to do something,” she said. “I have to shake things up.”

Scarlett didn’t stick around to hear the rest of it. She took three running steps and leaped into the void. 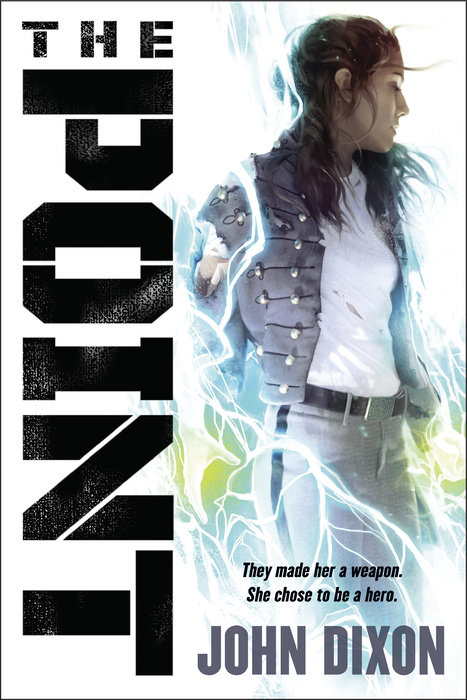