Two unforgiving lovers reunite for the sake of their child in this fiery contemporary romance from the New York Times bestselling author of Surrender.

Facing the unexpected consequences of a life-altering night of passion with a cowboy she met in a Jackson Hole bar, and with her life committed to protecting endangered species, Victoria Grayhawk does what she believes is the right thing. She hunts down the cowboy, seeking his agreement that their baby should be adopted by a loving family.

Montana rancher Ryan Sullivan has no intention of giving away his own flesh and blood, and takes their son to raise himself. When Vick realizes what a horrible mistake she’s made, and wants back into their child’s life, Rye remains inflexible—because once trust is lost there are no second chances—until an attack by one of the grizzlies Vick has spent her life protecting changes everything and Rye learns that sometimes love can heal all wounds.

“A riveting story of love, passion, and forgiveness.”—Fresh Fiction

An excerpt from Sullivan's Promise

Meet me at the hospital.

That cryptic message, stuck to Sullivan’s back door, lodged Vick’s heart in her throat and made her insides draw up tight.

Usually, Rye or his mother or his brother dropped Cody off at her cabin at exactly 5 p.m. on Friday for his monthly visit. When Rye hadn’t shown up by 7:00, and hadn’t returned any of her calls, she’d decided to come see what was wrong.

An enormous mutt with raggedy ears, which was sprawled on the back porch, thumped his tail when she looked in his direction but didn’t bother to get up.

At the sound of his name, the dog rose and stretched like an old man with rickety bones. By the time he’d taken a step in Vick’s direction, she was already back inside her pickup. She punched up the number again, and heard Sullivan’s phone go to voicemail again. She tried not to imagine the worst. She fought off the vision of her five-year-old son with a broken arm or a crushed foot or bleeding from some gaping wound.

“That horse is too damn big!” she muttered as she started the engine and headed down the dirt road leading from the Sullivans’ Rafter S Ranch to the highway.

Her son looked tiny atop the buckskin he rode most often, but Cody loved the sixteen-hand-tall gelding. Although Dancer had never given Cody a bit of trouble, horses had instinctual responses to sudden movement, and Dancer could easily leap five feet sideways to escape a horse-eating rabbit. Even a good rider like Cody could be thrown.

Was he injured in a fall? Was he trampled by one of Sullivan’s Black Angus cattle? Was it something even worse?

Cody was never far from Sullivan’s side when he went out on the range, but he also rode the trails close to home by himself. It was March 10, early for grizzlies to be out and about, but she might be wrong about that, because grizzlies didn’t actually hibernate. They merely had periods of dormancy and could awaken with little provocation. It had been a warm and dry winter, and there wasn’t as much snow as usual on the ground. A roused bear might decide winter was over and be out foraging for food.

Could my precious son have been attacked and mauled by one of the animals I’ve spent the past six years of my life protecting?

Vick felt nauseated. She knew more than she wanted to know about the gruesome effects of a grizzly attack on human flesh. Lots of ranchers, including Sullivan, would be just as happy if the ferocious bears were erased from the face of the earth. Vick realized her heart was racing and her breath was coming in gasps.

Think about something else, or you’re going to pass out.

But her thoughts were as out of control as her heart rate. Tears sprang to her eyes and her gut clenched as she raced south on busy U.S. 93, dodging cars and praying there wouldn’t be one of those wrecks that tied up traffic for hours on the main road into Kalispell.

What if this accident had happened a year ago, when I was living at my father’s ranch in Wyoming? Thank God I’m staying in Montana year-round now. Thank God I can be at the hospital with my son when he needs me most.

She might still have been residing in Wyoming year-round, with monthly three-day visits to Montana to see her son, if her father hadn’t finally found the missing black sheep of the family running a cattle station in Australia and brought him home.

As an enticement to get his eldest son to return to America, King Grayhawk had offered Matt full possession of the ranch where Vick and her three sisters, Leah, Taylor, and Eve, made their home, if he lived there for 365 consecutive days. Matt accepted the deal and immediately made it clear that, by the time that year was up, the four Grayhawk girls—better known as King’s Brats—had better find another place besides Kingdom Come to live.

That had been the kick in the butt Vick needed to move herself—lock, stock, and barrel—to Montana. It was still an agony to say goodbye to her son each time she gave him back to his father, but she’d been able to see Cody far more often over the past year when he participated in school and church events that she could attend.

Unfortunately, living here had also meant more interaction with Cody’s father. In the past, on days when Cody needed to be dropped off or picked up, Sullivan had either had someone else hand Cody over or, if he did it himself, maintained a stony silence. Since moving to Montana last year, she’d encountered Sullivan in situations, especially at Cody’s school and at Sunday school, where they were forced to interact cordially.

It had been awkward, to say the least.

Whitefish was a small town, and she often ran into Sullivan shopping at the same grocery store, or out in the evening with his latest girlfriend at the same bar where she was getting together with Pete Harrison, a Flathead County deputy sheriff who’d recently turned into something more than just a friend.

Her accidental meetings with Sullivan always seemed to be fraught with tension. He spoke briefly and curtly to her, if he spoke at all. She figured too much had been left unsaid between them.

Vick had never forgiven herself for giving away her child, so she couldn’t very well blame Sullivan for begrudging her every moment she spent with Cody. She knew he only abided by their legal agreement for his son’s sake, but that was good enough for her. She didn’t need Sullivan to be her friend or even to be friendly. She just needed him not to interfere with her efforts to be a good mother. 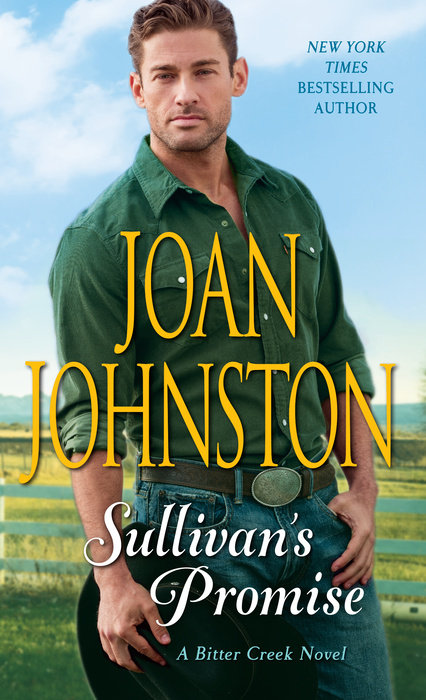