In a darkly fantastical debut set in modern-day Britain, magic users control everything: wealth, politics, power—and you. If you’re not one of the ultimate one-percenters—the magical elite—you owe them ten years of service. Do those years when you’re old, and you’ll never get through them. Do them young, and you’ll never get over them.

This is the darkly decadent world of Gilded Cage. In its glittering milieu move the all-powerful Jardines and the everyday Hadleys. The families have only one thing in common: Each has three children. But their destinies entwine when one family enters the service of the other. They will all discover whether any magic is more powerful than the human spirit.

“Exquisitely wicked . . . a lavishly opulent, yet brutally vivid, alternate England which subtly questions modern beliefs . . . If ever there was a speculative fiction book that captured the zeitgeist of an era this is it.”—SFFWorld

“An alternate modern-day England where enticing drama and social unrest mix with aristocratic scandal and glamorous magic . . . conjuring up the specters of Les Misérables and Downton Abbey . . . an absorbing first installment that presages an intriguing new fantasy series.”—Kirkus Reviews

“Gilded Cage is a heart-pounding combination of dark magic, political revolution, and forbidden romance that had me addicted from the first page!”—Danielle L. Jensen, USA Today bestselling author of The Malediction Trilogy

“Devious and deliciously dark with lashings of magic, mystery, and mayhem, this juggernaut of a book will keep you hanging on by your fingernails until the very last page.”—Taran Matharu, New York Times bestselling author of the Summoner series

“A dark and intriguing vision of an alternate, magic-drenched Britain, Gilded Cage kept me up long into the night.”—Aliette de Bodard, author of The House of Shattered Wings

An excerpt from Gilded Cage

It was an unusually hot weekend in mid-­June and sweat pooled along Luke Hadley’s spine as he lay on his stomach on a blanket in the front yard. He was staring blankly at a spread of textbooks. The screaming was distracting, and had been going on for a while now.

If it had been Abigail trying to revise, Daisy and her pals would never have been allowed to make such a racket. But Mum had inexplicably gone into overdrive for Daisy’s birthday, which had turned into the party of the century. Luke’s little sis and her friends were careering round behind the house shrieking at the tops of their voices, while some unforgivably awful C-­pop boyband blared through the living room window.

Luke stuffed his earbuds in as deep as they’d go without rupturing anything, and turned up the volume on his own music. It didn’t work. The catchy beat of “Happy Panda” was backed by the delirious vocals of ten-­year-­old girls massacring the Chinese language. Moaning, he let his face fall forward onto the books spread out on the grass in front of him. He knew who he’d be blaming when he failed History and Citizenship.

Beside him, her own exams long since completed, Abi was lost in one of her favorite trashy novels. Luke gave it the side-­eye and cringed at the title: Her Master’s Slave. She was nearly finished, and had another pastel-­covered horror lined up. The Heir’s Temptation. How someone as smart as his big sister could read such rubbish was beyond him.

Still, at least it kept her distracted. Uncharacteristically, Abi hadn’t nagged him once about revision, even though this term’s tests were the most important until he finished school in two years’ time. He turned back to the mock exam paper. The words swam before his eyes.

Describe the Equal Revolution of 1642 and explain how it led to the Slavedays Compact. Analyze the role of (i) Charles I, the Last King, (ii) Lycus Parva, the Regicide, and (iii) Cadmus Parva-­Jardine, the Pure-­in-­Heart.

Luke grunted in disgust and rolled onto his back. Those stupid Equal names seemed designed to confuse. And who really cared why the slavedays had begun, hundreds of years ago? All that mattered was that they’d never ended. Everyone in Britain except the Equals—­the Skilled aristocrats—­still had to give up a decade of their life. Those years were spent confined to one of the grim slavetowns that shadowed every major city, with no pay and no respite.

Movement caught his eye and he sat up, scenting distraction. A stranger had walked up the driveway and was peering through the windows of Dad’s car. This wasn’t unusual. Luke jumped up and went over.

“Brilliant, isn’t it?” he told the guy. “It’s an Austin-­Healey, more than fifty years old. My dad restored it. He’s a mechanic. But I helped. It took us more than a year. I could probably do most of it myself now, he’s taught me so much.”

“Is that right? Well, I reckon you’ll be sorry to see it go, then.”

“See it go?” Luke was nonplussed. “It’s not going anywhere.”

“Eh? But this is the address in the advert.”

“Can I help?” Abi had appeared at Luke’s shoulder. She nudged him gently. “You get back to your revision, little bro. I’ll handle this.”

Luke was about to tell her not to bother, that the man had made a mistake, when a stampede of small girls hurtled around the house and thundered toward them.

“Daisy!” Abi yelled repressively. “You’re not to play round the front. I don’t want anyone tearing into the road and getting run over.”

Daisy trotted over to join them. She wore a large orange badge with a sparkly “10” on it, and a sash across her chest bearing the words “Birthday Girl.”

“Honestly.” Daisy folded her arms. “It was only for a minute, Abi.”

The man who’d come about the car was looking at Daisy intently. He’d better not be some kind of pervert.

His face went funny for a moment, with some expression Luke couldn’t work out. Then he looked at the three of them standing there. It wasn’t a threatening look, but it made Luke put his arm around his little sis and draw her closer.

“Tell you what,” the man said. “I’ll give your dad a call some other time. You enjoy your party, young lady. Have your fun while you can.”

He nodded at Daisy, then turned and ambled off down the driveway.

“Weird,” said Daisy expansively. Then she gave a war whoop and led her pals in a prancing, cheering conga back round the rear of the house.

“Weird” was the word, Luke thought. In fact, the entire day had felt not quite right.

But it wasn’t until he lay awake in bed that night that it all came together. Selling the car. The fuss over Daisy’s birthday. The suspicious absence of nagging over his own exam revision.

When he heard hushed conversation floating up from the kitchen, and padded downstairs to find his parents and Abi sitting at the table studying paperwork, Luke knew he was right.

“When were you planning on telling me and Daisy?” he said from the doorway, deriving a grim satisfaction from their confusion. “At least you let the poor kid blow out the candles on her cake before your big reveal. ‘Happy birthday, darling. Mummy and Daddy have a surprise: they’re abandoning you to do their slavedays.’ ”

The three of them looked back at him in silence. On the tabletop, Dad’s hand reached for Mum’s. Parental solidarity—­never a good sign.

“So what’s the plan? That Abi’s going to look after me and Daisy? How will she do that when she’s at med school?”

Dad was an easygoing man, but his voice was unusually firm. That was the first alarm.

Then as he stepped into the room, Luke noticed the documents Abi was hastily shuffling into a pile. A suspiciously large pile. The uppermost sheet bore Daisy’s date of birth.

Understanding slid into Luke’s brain and lodged its sharp point there.

“It’s not just you, is it?” he croaked. “It’s all of us. Now that Daisy’s turned ten, it’s legal. You’re taking us with you. We’re all going to do our slavedays.”

He could hardly say the last word. It stole the breath from his chest.

In an instant, the slavedays had gone from being a dull exam question to the next decade of Luke’s life. Ripped away from everyone and everything he knew. Sent to Manchester’s filthy, unforgiving slavetown, Millmoor.

“It’s not a decision your mother and I have taken lightly,” Dad replied, keeping his voice steady.

“We only want the best for you all,” Mum said. “And we believe this is it. You’re too young to appreciate it now, but life is different for those who’ve done their days. It gives you opportunities—­better opportunities than your father and I had.”

Luke knew what she meant. You weren’t a full citizen until you’d completed your slavedays, and only citizens could hold certain jobs, own a house, or travel abroad. But jobs and houses were unimaginably far off, and ten years of servitude in exchange for a few weeks of foreign holidays didn’t seem much of a trade.

His parents’ reasonableness knifed Luke with betrayal. This wasn’t something his parents just got to choose, like new curtains for the living room. This was Luke’s life. About which they’d made a huge decision without consulting him.

Though they had, apparently, consulted Abi.

“As she’s eighteen,” Dad said, following Luke’s gaze, “Abigail is of age to make up her own mind. And obviously your mum and I are delighted that she’s decided to come with us. In fact, she’s done rather more than that.”

Dad put his arm round Abi’s shoulders and squeezed proudly. What had the girl wonder done now?

“Are you serious?” Luke asked his sister. “You’ve been offered places at three different medical schools, and you’re turning them down to spend the next decade saying nin hao every five minutes in Millmoor’s Bank of China call center? Or maybe they’ll put you in the textiles factory. Or the meat-­packing plant.”

“Cool it, little bro,” Abi said. “I’ve deferred my offers. And I’m not going to Millmoor. None of us are. Do what Dad says: sit down, and I’ll explain.”

Still furious, but desperate to know how you could do days without going to Millmoor, Luke complied. And he listened with a mixture of admiration and horror as Abi told him what she’d done.

It was insane. It was terrifying.

It was still slavedays, and because he was under eighteen it wasn’t like Luke had a choice one way or the other. His parents could take him wherever they wanted.

But at least they weren’t taking him to the hellhole that was Millmoor.

Mum and Dad told Daisy the next morning, and she accepted the news with a stoicism that made Luke ashamed. For the first time, he allowed himself to think that maybe his parents’ plan was the right one, and that they’d all get through their days just fine, as a family.

A few days later, once it had all sunk in, he told his best friend, Simon. Si let out a low whistle at the big reveal.

“There’s a department within the Labor Allocation Bureau called Estates Services, where the Equals go for their house-­slaves,” Luke said. “Abi made an application for us there. We’re being sent south to Kyneston.” 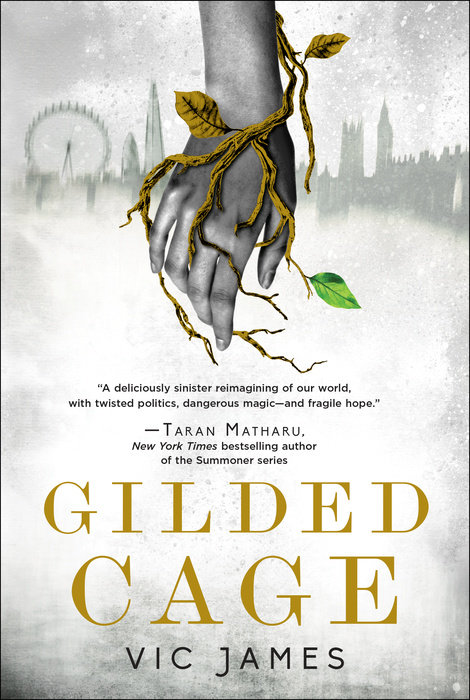