Why It Had to Die, and the Creative Resurrection to Come

A recovering Mad Man throws down the ultimate challenge to his profession: Innovate or die.

The ad apocalypse is upon us. Today millions are downloading ad-blocking software, and still more are paying subscription premiums to avoid ads. This $600 billion industry is now careening toward outright extinction, after having taken for granted a captive audience for too long, leading to lazy, overabundant, and frankly annoying ads. Make no mistake, Madison Avenue: Traditional advertising, as we know it, is over. In this short, controversial manifesto, Andrew Essex offers both a wake-up call and a road map to the future.

In The End of Advertising, Essex gives a brief and pungent history of the rise and fall of Adland—a story populated by snake-oil salesmen, slicksters, and search-engine optimizers. But his book is no eulogy. Instead, he boldly challenges global marketers to innovate their way to a better ad-free future. With trenchant wit and razor-sharp insights, he presents an essential new vision of where the smart businesses could be headed—a broad playing field where ambitious marketing campaigns provide utility, services, gifts, patronage of the arts, and even blockbuster entertainment. In this utopian landscape, ads could become so enticing that people would pay—yes, pay—to see them.

Praise for The End of Advertising

“New York media types aren’t quick to pass up a party, even one celebrating a book that predicts their demise. . . . The future of marketing will need to rely on creative, innovative models, Mr. Essex wrote, pointing to The Lego Movie and New York’s Citi Bike bicycle-share program as promising examples.”—The New York Times

“A rabble-rousing indictment of the ad industry from one of its own. Essex predicts that success will depend less on the ability to annoy and more on the capacity to create and entertain.”—Adam Grant, New York Times bestselling author of Originals and Give and Take

“Fresh and timely, The End of Advertising is an eye-opening take on the current media landscape. And along with it, Essex provides a road map for how brands can reinvent themselves and navigate this new world.”—Arianna Huffington

“In this dynamic little book, Essex challenges brands—even those of us who pride ourselves on thinking outside the box—to think bigger still. He’s got me thinking.”—Neil Blumenthal, co-founder of Warby Parker

“Mandatory reading for anyone who wants to get a message across in this age of authenticity.”—Alexis Ohanian, co-founder, Reddit

An excerpt from The End of Advertising

It was the summer of 2015 and Howard Stern was hysterical. That the legendary shock jock could be so easily enraged was certainly nothing new. In this instance, however, it was the subject of Stern’s apoplectic ire that was truly exceptional: The King of All Media was ranting about advertising, and how much he despised it.

Stern was throwing a hissy fit because he’d just heard about an inspired technology called AdBlock Plus, an ingenious app specifically conceived, as its not especially inspired name suggested, to block ads, to eradicate them like bison from the prairie, to disappear them once and for all from your online ecosystem.

By simply downloading the AdBlock extension to Chrome, Safari, or any other popular browser, one could be forever liberated from such noxious pollutants as “pre-roll” and “banners,” those (mostly) annoying promotional videos and (almost always) irksome boxes that contaminate most people’s Web experience.

“I fucking hate ads on the Internet,” Stern raged. He’s a man who expects to be on top of technology, and who pays others well for the privilege. Having discovered that AdBlock had in fact been around for years (as had several rivals, not to mention a host of platforms conceived to bypass ads that date back to TiVo), he was reaming his IT team with the wrath of a thirsty man who’d just lost his directions to the oasis. “I’m sitting through these ads and you’re telling me there’s a way to AVOID them?!”

That Stern’s radio show is in fact lousy with ads created a certain eyebrow-raising dissonance, but I suspect few listeners disagreed with the sentiment. After all, people may love brands, but nobody actually likes advertising (except on Super Bowl Sunday, the high holiday of my former industry).

But ads were just a fact of life, right, like the common cold? Insufferable and incurable and as entrenched in our media picnic basket as apple pie. Long before the Internet, when “appointment” TV ruled the land, commercials—minus about fifty iconic exceptions from 1948 to 1984—had long been a form of capitulation, a necessary evil endured by consumers in exchange for the free content they’d actually come to see. Most of us understood on some level that this was how the rent was paid, but no one was especially happy about it.

Stern surely intuited that shitting on advertising was pure populist red meat, something everybody could agree on, a gift-wrapped insight he could milk for twenty minutes of airtime, or until the next Squatty Potty spot.

Our story might end there, a momentary wormhole in the church-and-state wall between media and marketing, were it not for the fact that Stern wasn’t the only ad-supported executive expressing irony-free disdain for commercial interruption that strange summer. If he had considered events from earlier that June, Stern would’ve found himself in common cause with an unlikely bedfellow: Larry Page, CEO and cofounder of Google, aka Alphabet.

At Google’s 2015 annual shareholder meeting, Page reportedly told marketers that they needed to “get better at producing ads that are less annoying” (italics mine), and that he had no intention of interfering with the rise of ad-blocking technology on Google’s ubiquitous Chrome browser. Which was odd, given that YouTube, a Google subsidiary, had cleared $1.13 billion in ad revenue in 2014, according to The Wall Street Journal, a windfall generated by the very same ads that Larry Page, Howard Stern—and, let’s be honest, pretty much anyone with a pulse—didn’t like very much.

Odder still was that the dream of a world filled with less annoying ads had been around for a very, very long time—decades, actually—albeit elusively. A 1969 survey determined that 51 percent of all young people between the ages of fourteen and twenty-five found television advertising—wait for it—annoying. It should be mentioned that the Magazine Publishers of America, who claimed, conveniently, that only 13 percent of the population were annoyed by magazine ads, conducted this ’69 survey

At any rate, here in the twenty-first century, where one had to search long and hard for a single fourteen-to twenty-five-year-old who’d ever watched appointment TV or read a magazine, Google clearly appeared conflicted. Yes, the company had profited handsomely from Internet advertising, but boy, was that advertising annoying. Yes, people needed to sell things; serving ads to large audiences was historically how marketers moved the merch. Search, where Google made its big money, was one thing, and who could truly dislike the pure utility of search? (Even though search results are often paid, i.e., advertising.)

But those hateful pre-roll ads on YouTube (which were more annoying, and also less profitable to Google, than its search revenue), and those dreaded banner ads that stalked one around the Internet like an obsessed former lover in need of a restraining order? Oy, well, now those were clearly doing harm (a violation of the company’s infamous “Don’t be evil” edict), the proof being that millions of people and one celebrity DJ were stampeding to download software deliberately conceived to escape them.

Why It Had to Die, and the Creative Resurrection to Come 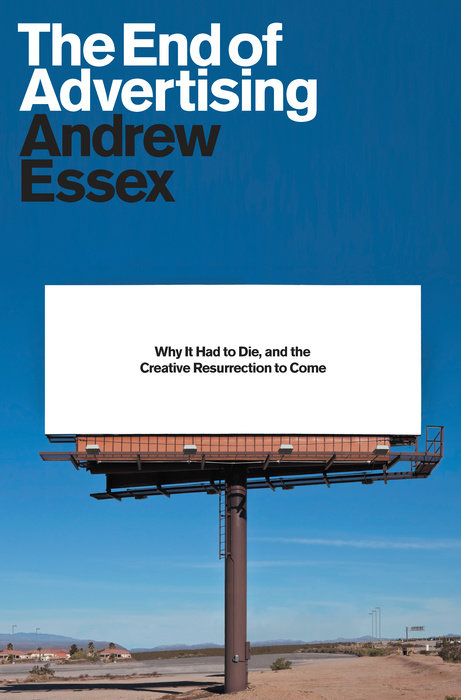