USA TODAY BESTSELLER • What happens when a supposedly perfect match is so wrong it’s right? In this roller-coaster novel of destiny and desire from A. M. Madden, a red-hot cop and a broken beauty are linked by painful pasts . . . and one tempting future.

As an NYPD officer, Benjamin Stone is married to his job, determined to clean up the drug-infested streets. His partner, Rob, always has his back—except when Rob and his girlfriend, Andrea, play matchmaker at his expense. On Ben’s birthday, they’re at it again. Andrea’s friend is exactly Ben’s type, even if he stubbornly will never admit it. But it’s not the lithe brunette’s looks that intrigues Ben; it’s the hurt in her eyes.

Ella Parker is bright, beautiful, kind—and, thanks to one horrific night, severely damaged. She’d rather be training for her black belt or watching TV in her favorite pair of pajamas than be dragged out on a blind date. Sure enough, Ben swaggers into the club, locks onto Ella, and claims he’s not interested—despite the irresistible chemistry between them. So Ella decides two can play at that game. But when her dangerous past comes back to haunt her, Ben will break all the rules of seduction to keep her safe.

“With an untouchable couple wrapped in a sweet package with a comical side, A. M. Madden’s Stone Walls is a must-read—the perfect mix of intrigue, mystery, and sex appeal.”—New York Times bestselling author Heidi McLaughlin

“Stone Walls is a roller coaster ride with lots of twists and turns. Ben and Ella are wonderful characters: funny, intelligent, and perfect for each other. But the secrets from their pasts may destroy their chances for a future together.”—New York Times bestselling author Kathy Clark

“Madden delivers an intense read with beautiful character development and so much emotion you feel every high and every low. There were times I wanted to reach into the pages and offer comfort to both Ben and Ella.”—USA Today bestselling author Chelsea Camaron

“Madden’s storytelling pulls you in from the very beginning. I loved this romance story. With likable and believable characters and a riveting storyline, this book kept me up long into the night. Stone Walls is an excellent start to a new series! I can’t wait see what happens next.”—Stacey Lynn, author of His to Love

“OMG! A. M. Madden blew my socks off with this one! I laughed, I cried, I got angry, cried again, and then I sighed with happy contentment. Stone Walls is one of my all-time favorite romantic suspense novels.”—Devilishly Delicious Book Reviews

“Readers looking for some suspense with their romance will like this book and the characters. I will definitely look for more from A. M. Madden in the future.”—Ramblings from This Chick

“I loved all the characters in this book! . . . The author did an amazing job.”—Summer’s Book Blog (five stars)

“A great book . . . This story is extremely well written (all of A. M. Madden’s stories are) and the characters are very well developed. . . . I was not disappointed.”—Sexy Lady’s Reading Corner

An excerpt from Stone Walls

Holy crap, I want to kill him.

Rob Withers is my best friend, my partner on the force, and my constant nemesis.

He sits across from me with a look of disbelief. I sit across from him, wanting to take out all my issues on his ugly face. The kicker? I love this guy. He has my back. He is always there for me, and yet I want to punch him in the face.

When I woke up this morning, all I wanted for this day was to do my job, go home, get hammered, and go to sleep. Getting drunk and passing out is my yearly tradition. I don’t drink except for a few here and there. Every year on my birthday, I set out to become completely inebriated. I have two goals: to suppress the memories that take hold every year around this time, and to pay homage to the reckless youth of which I was robbed. It may be a juvenile thing to do, but so what?

“Come on, Ben. Would it really kill you to do something different this year?”

“I’m an ass because I don’t want to go to this damn club tonight?”

“I’d rather drink alone. You know how I feel about my birthday.”

“All the more reason to go out and try to forget.” Rob groans audibly. “I didn’t want to tell you this, but Andrea is bringing a friend.”

And there it is, damn it.

By admitting his girlfriend is bringing a friend, he knows he’s put me in a position where I won’t say no. Andrea has this insane obsession with setting me up, and except for that one annoying quality, I love the girl.

Rob and Andrea have been together for a few years now, and she’s a great person. He’s lucky to have her. I often admit to Rob that the only reason we are still friends is his better half. I’m kidding, of course. It’s not like I have any romantic feelings toward her. She’s like a cousin, albeit an annoying one. Andrea’s sole mission in life is to set me up with the woman of her dreams. To do so means getting rid of Natalia. Andrea can’t stand Nat.

Nat is a dispatcher whom Rob and I have known for a few years. After I had ignored her advances, Nat decided to flirt with Rob to get my attention. It was harmless, but to “the girlfriend,” there’s no such thing as harmless flirting. Nat eventually wore me down. Against Andrea’s wishes, I’ve been in a very casual arrangement with Nat for almost a year.

When I first started screwing Nat, Andrea asked if we were exclusive, and I admitted that we weren’t. I’ve always been honest with Nat, completely transparent that I wasn’t interested in a committed relationship. Honesty is key. She can never claim I used her. With Nat, it’s been easy, comfortable. Lately, she’s not happy with me and thinks it’s time we move things along or end it. I completely agree. It’s time to end it.

“Rob, I’m tired of this shit,” I counter. “I’m not in the mood for another night of matchmaking. You can tell Andrea I said no.” Relationships are exhausting. I’m not interested.

“This girl is perfect for you.”

Unlike his girlfriend, Rob feels I need that perfect person to complete me. I don’t believe she exists. I’m too cynical to believe in true love. People change, events occur, and before you know it, your true love stabs you in the heart. I have no idea if that’s even true, never having been in love, but I’ve seen firsthand what happens when love goes wrong. Screw that shit. I have enough to deal with in my life.

It’s safer to be alone. It’s also smarter. I account for no one but myself. I don’t expect anyone to account for me, either. There’s a reason I built a big-ass stone wall around my heart, and it has to do with never getting hurt again. Acting like a prick is a foolproof deterrent to anyone trying to breach it.

It’s not DNA that makes up a person. It’s not background, or beliefs, or even upbringing. It’s events and experiences we are forced to endure that create the people we eventually become. I say “forced” because I never signed up for what happened to my mother, my family. Then it happened, and they altered me as a person . . . they made me an asshole.

In all the years I’ve known Rob, I never had a serious girlfriend. The dick had the nerve to ask me if I was gay. We were fresh out of the academy. He sat next to me in our squad car and said, “Hey, man, I don’t care. Whatever floats your boat, but I’d like to know if we should be considering the men we know instead of the women.”

I have enough on my plate. Being a New York City cop keeps me plenty busy. My job is my mistress. The moment I graduated from the academy, I became addicted to the rush that can come only from danger. I took risks, and I was extremely reckless in my approach to my job responsibilities. Always the first to volunteer, first one in no matter how dangerous the situation was. It got me far on the force, which benefited Rob, too.

“Dude, I’m not gonna stop until you agree. So just get it over with and promise you’ll meet us later.”

“If I come, you need to promise not to give me a hard time when I’m ready to leave, because I will hurt you if you do.” I hope that will supply a distraction. Maybe, with luck, I’ll get into a brawl and be able to release my pent-up hostility.

“Promise.” He crosses his heart like a Boy Scout.

“Let’s get out of here,” I announce before heading out of the break room. We are closing in on a case, and today would be a good day to find that asshole. 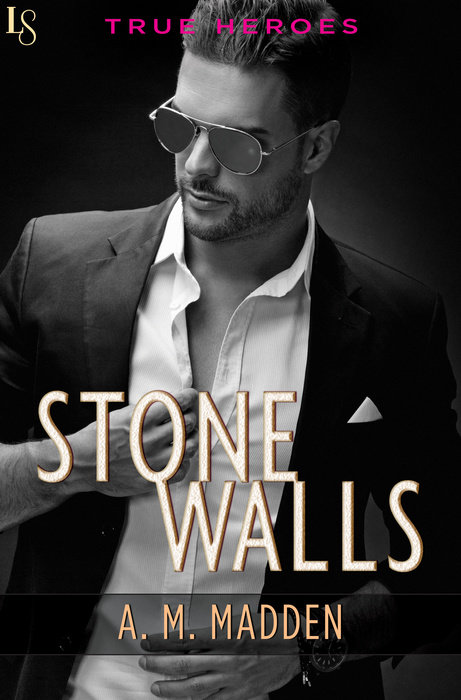