Love is war when shadows play games with the heart. In this thrilling romance from the USA Today bestselling author of Stone Walls and Glass Ceilings, a decorated veteran facing the darkest battlefield finds a guiding light to trust and tenderness.

David Cavello is no longer in uniform, but the memories of combat still haunt his every waking moment. Driven to protect and serve, he accepts an undercover job he has to keep hidden from everyone. But David’s mission goes against orders the second he makes contact with gorgeous and spirited Maygen Whitney. The intense attraction he feels for Maygen drives him crazy—almost as crazy as he feels about hiding information from her.

After growing up with an overprotective father, Maygen feels like she’s finally claiming her independence. Sure, she’s been lonely, but David seems to make all her dreams come deliciously true—until the sting of betrayal sends her world spiraling. Now Maygen’s caught in a tragic web of lies, leaving her more vulnerable than ever to an enemy hidden in the shadows. But when Maygen most needs a hero, David leaps into action—intent on doing whatever it takes to save the woman he loves.

“Just when you think you know where Madden is going with the story, it zigs when you think it's going to zag. A great mix of suspense and romance. David and Maygen are the perfect couple.”—New York Times bestselling author Susan Stoker

“The unique style of A. M. Madden had me turning page after page in yet another amazing read. With the suspense, the steam, and the twists, this book is one you truly can’t put down. Dark Corners is a must-read for anyone who loves a balance of suspense with their romance.”—USA Today bestselling author Chelsea Camaron

“Dark Corners is an intriguing book that deals with so many different emotions, and situations, making it one of those gripping reads that is hard to put down. I loved it and know you will as well. This is a five-star read for me.”—Books & Boys Book Blog

“I would recommend Dark Corners by A. M. Madden, if you enjoy romantic suspense or the sexy protector trope.”—Harlequin Junkie

“I have enjoyed this series and I cannot wait for the next book.”—Nadine’s Obsessed with Books

“Dark Corners is an emotional contemporary romance with a side of suspense added in for flavor. The story is real and relatable. It’s emotional and confusing just like real life.”—TJ Loves Books

“Although fast-paced, Dark Corners never felt rushed. Everything was played out to perfection. A. M.’s writing is addictive, her story perfectly balanced. Dark Corners is now my favourite of the whole Everyday Heroes series and my fave book of A. M. Madden’s!”—Bookalicious Babes Blog (Five Bookalicious Kisses)

“Great writing and complex characters with intense chemistry explode off the pages. Thanks for the great read!”—It’s About The Book

An excerpt from Dark Corners

A hand squeezed my arm in the most annoying manner. Cold fingers gripped my flesh, shaking me over and over until rage quickly replaced the irritation I felt.

“Get the heck off me!” I yelled, shoving at whoever was touching me. I heard a gasp and then sobs.

I blinked against the darkness as my eyes tried to focus, but all I could see was my best friend’s lifeless body beside me. Whether my eyes were opened or closed, that was all I could see. Day or night, conscious or not, the image of his head lolling backward as he sat three feet away from me consumed my thoughts like an old 35mm movie stuck on one frame.

You know the kind that your grandparents made you watch when you were a kid? Grainy images flashing on a projector screen, no sound except for the noise that the film made as it circled the reel.

The sobs beside me increased, louder and louder, over and over.

In a terrifyingly calm voice, I said, “You need to leave.”

She looked at me dumbstruck. “What?”

“But, it’s the middle of the night. . . .” Her words halted the moment my eyes focused on hers. Her half-naked torso distorted each time I blinked. She modestly clutched the sheet to her frame as it molded over the outline of her breasts, the same ones I had sucked on a few hours ago. They shook beneath the fabric from those annoying sobs that continued to roll through her.

I could kill her . . . that would make her stop. The crying was what drove me nuts. I couldn’t take it. If I reached over with my callused hand to the smooth, pale skin of her neck and squeezed long and hard . . . silence.

But she had no clue that’s what I needed. They never did. No one knew that so many times as they droned on and on, all I thought of as I stared blankly were methods to silence them.

She gawked at me while panting and sobbing dramatically. Why the heck wasn’t she leaving?

I walked over to where my jeans lay in a pile on the floor. The condom wrapper beside them made me feel sick. Retrieving my wallet, I pulled out a twenty and tossed it on the bed. “I’m sorry. Please call yourself a cab, but I really need you to go . . . now,” I said bluntly, to leave no doubt what I was requesting . . . and mainly to stop the noise.

My words clicked, causing her concern to turn to anger. “I am not a whore!” she said through clenched teeth. My eyes tracked her as she scurried about the room, her long blond hair flying around while she grabbed clothes off the floor and hastily threw them on.

“I’m sorry,” I said before she slammed the door behind her.

Walking my naked self into the bathroom, I turned the water to cold and immediately stepped under its punishing stream. With each minute that went by, I waited for the icy pins and needles to wash away every torment I knew, both past and present. While under that shower, I could cancel out the pain that took hold of my insides like a cancer and revel in the pain that pounded on my skin until I went numb.

Transferring pain was my drug of choice.

Damn the therapists. Damn the prescriptions they peddled.

I controlled my pain, no one else but me.

Me, David G. Cavello, Private First Class, U.S. Army, who successfully completed my deployment in Baghdad, Iraq—the closest place to hell on earth. The soldier who at one time considered making it his career; that is, until he watched his best friend die right beside him, triggering a mental breakdown of sorts.

I was considered a model citizen, a brave soldier, an American Hero.

If I was such a hero, then why was I plagued with tempting thoughts of strangling a hot blonde I was with, just because she wouldn’t stop crying?

Not until my skin was numb did I finally turn off the frigid water.

I draped a towel around my waist and stepped out of the shower to stare at myself in the mirror. I barely recognized the man who stared back.

There had to be something out there to bring me back to normal. Normal meant someone who wasn’t constantly thinking he was here one minute, the next gone . . . no warning, just gone. It happened that quickly, that senselessly . . . so what was the point of it all?

That was what it all came down to.

One moment that changed everything.

No soul on this planet had any idea that they balanced on any given moment, like a circus flea on the head of a pin. Was it luck, coincidence that kept them from falling off? Yet, during that one brief moment, someone else, somewhere else, lost their battle and plummeted to their death?

Barry’s moment could have easily been mine. 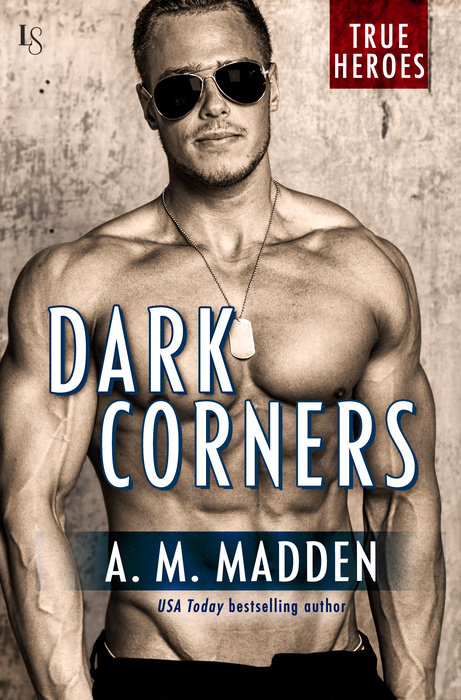