They went off the grid. Their secrets didn’t. For readers of The Secret History and The Immortalists comes a novel about the allure—and dangers—of disconnecting.

“A sharp, spellbinding cautionary tale, one that reminds us that even those who do remember the past might also wind up repeating it.”—NPR (Best Books of the Year)

Certain that society is on the verge of economic and environmental collapse, five disillusioned twenty-somethings make a bold decision: They gather in upstate New York to transform an abandoned farm, once the site of a turn-of-the-century socialist commune, into an idyllic self-sustaining compound called the Homestead.

Mack, a publicly disgraced grad-school dropout, believes it’s her calling to write their story. She immediately falls in love with all four friends, seduced by their charisma and grand plans—and deeply attracted to their secrets. But it proves difficult for Mack to uncover the truth about their nightly disappearances and complicated loyalties, especially since she is protecting her own past.

Initially exhilarated by restoring the rustic dwellings, planting a garden, and learning the secrets of fermentation, the group is soon divided by intense romantic and sexual relationships, jealousies, slights and suspicions. And as winter settles in, their experiment begins to feel not only misguided, but deeply isolating and dangerous.

Caite Dolan-Leach spins a poignant and deeply human tale with sharp insights into our modern anxieties, our collective failures, and the timeless desire to withdraw from the world.

Praise for We Went to the Woods

“We Went to the Woods is a chillingly cautionary tale for the twenty-first century, an enthralling story of failed nobility and the consequences of trying to escape from a world that will never let you go. Caite Dolan-Leach’s prose is both nimble and elegantly evocative, leading the reader through the idyllic pastures and deadly pitfalls of a rustic experiment gone wrong. As five hopeful idealists try to live off the land, the reader sees their friendships blossom, and yet we hardly dare look, knowing as the seasons turn that something even darker than winter is on its way.”—Christopher J. Yates, author of Grist Mill Road and Black Chalk

An excerpt from We Went to the Woods

The day I met Louisa was not a good one. I woke early, as I had been doing since my ignominious homecoming, and, in spite of myself, reached for my phone. After everything that had happened on the show, I’d publicly tweeted an apology before shutting down my Facebook and Instagram and Twitter; all had become so toxic that just the sight of those little icons on my screen made my stomach flip with dread. My email, however, was still a miserable depository for the anger that could no longer be directed at my body or my social media. I opened it every morning despite the regularity with which threats and hatred found their way to me through the Internet.

This morning, there was just one new entry. I thought this might bode well for my day, even for my (shattered) future. Perhaps it signaled a downtick in the rage I had sparked? After all, how long could this group of strangers pursue me?

Today’s email was not from the usual crowd of pissed-off spectators, however. I could typically disregard those messages as the words of (justifiably) frustrated but abstract strangers. This email was from Sara, my betrayed housemate, and she was calm and reasonable and direct, as ever. We hadn’t communicated since she had publicly denounced me, and reading her words made me shudder with guilt. She couldn’t forgive me, she said, but she needed to move on from what had happened and I should too. I threw up in the bathroom, clutching the cold tile of the floor and inhaling the ammoniac reek of piss, before I read the email again. Crouched on the shaggy blue shower mat, I looked at Sara’s words again and again, and wished I could undo what I had done. I had replayed that disastrous interview so many times to myself, with so many eloquent justifications spun out soundlessly in the dark of my bedroom, rehearsed for an imagined audience. But this morning, reading her email, there was no denying that what I had done couldn’t be excused. Whatever my delusions, I had badly f***ed up.

During the last few months, I had developed a schedule to accommodate my desire to avoid my parents, with whom I was living. A disgraced baby bird returned to the nest. Though I sometimes woke while they were puttering around in their nearly silent morning routine of coffee and dry toast and backing vehicles out of the driveway to head drudgingly to work, I would lurk in my room until the sound of their two decrepit cars had faded. I listened to them talk at breakfast, in hushed tones about me and in glowing tones about my little brother, Ben, who was their success story, I supposed. Ben’s friends, Ben’s Future in Finance. Mackenzie’s Failures.

After they headed off, I would go about my own dreary routine. Instead of swapping out sweatpants for something with a zipper, I would plunk myself down on the living room couch and flip open my laptop to begin my desperate daily hunt. Not a lot of jobs out there, however, for someone who had recently been publicly discredited. Occasionally, when I was particularly self-loathing, I would Google myself, which would remind me what my chances of employment really were.

I was an hour or two into my grim scavenging when my phone rang. I pounced on it, irrationally hoping that this might at last be the tug on the line, a fish, however tiny, that I could reel in. I swallowed and growled, to clear my throat, before answering in my very best professional voice.

“Changed your name, huh? I know who you are. And what you did. I hope someone betrays your trust as—”

I jerked the phone away from my face, glancing briefly at the number before stabbing the red icon to end the call. I thought I’d successfully changed my number and hidden my tracks after fleeing Brooklyn, but clearly someone had ferreted out my details yet again. The knowledge of my continued visibility made me feel vulnerable, even sitting here, buoyed by low-budget Raymour & Flanigan and my mother’s tacky throw pillows.

Thankfully, I had work today, a catering gig I’d had on and off since high school, and one of the few options for employment open to me. The money was better than nothing but would not allow me to move out of my parents’ house; I was barely able to afford a meager shopping list and the occasional cup of coffee. I had no idea what I’d do when I could no longer defer my student loans. And I was still waiting to hear if there would be a lawsuit, of course.

I was grateful to go to work most days, because it meant leaving the house and escaping my sinister laptop. Because Ithaca is such a small town, I did occasionally  find myself having to answer awkward questions about what I was currently doing and what my plans were, but I was grateful to be doing something, anything at all. If people knew what had happened to me—what I had done—they tactfully pretended not to. Even if most of my days felt useless, days where I came home with some cash felt like they hadn’t been entirely wasted. This depressed me, this feeling that my life mattered only as it was measured out in paper dollars. But most things depressed me at the moment. At least it was harder to mope while up to my elbows in greasy dishwater or passing hors d’oeuvres to a roomful of strangers who were perfectly happy to ignore me. I was enjoying the invisibility of the food service worker.

Until the afternoon I worked a fundraiser and met Louisa. 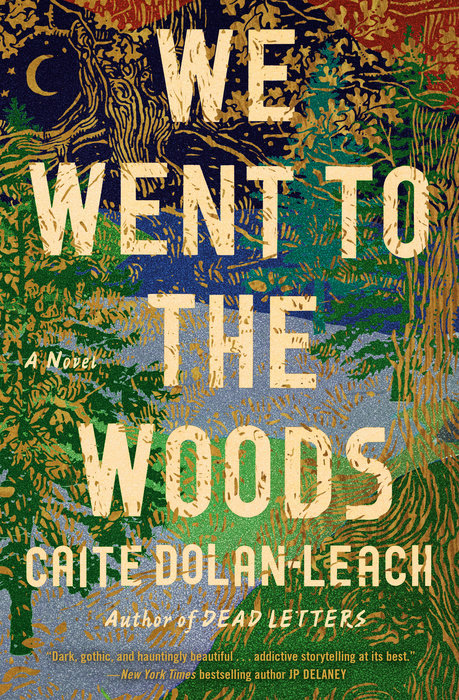