A private detective finds passion, danger, and the love of a lifetime when he hunts down a lost earl in Victorian London.

On the trail of an aristocrat’s secret son, enquiry agent Mark Braglewicz finds his quarry in a music hall, performing as a trapeze artist with his twin sister. Graceful, beautiful, elusive, and strong, Pen Starling is like nobody Mark’s ever met—and everything he’s ever wanted. But the long-haired acrobat has an earldom and a fortune to claim.

Pen doesn’t want to live as any sort of man, least of all a nobleman. The thought of being wealthy, titled, and always in the public eye is horrifying. He likes his life now—his days on the trapeze, his nights with Mark. And he won’t be pushed into taking a title that would destroy his soul.

But there’s a killer stalking London’s foggy streets, and more lives than just Pen’s are at risk. Mark decides he must force the reluctant heir from music hall to manor house, to save Pen’s neck. Betrayed by the one man he thought he could trust, Pen never wants to see his lover again. But when the killer comes after him, Pen must find a way to forgive—or he might not live long enough for Mark to make amends.

Don’t miss any of the captivating Sins of the Cities novels:
AN UNSEEN ATTRACTION | AN UNNATURAL VICE | AN UNSUITABLE HEIR

And look for the enticing Society of Gentlemen series by KJ Charles:
THE RUIN OF GABRIEL ASHLEIGH | A FASHIONABLE INDULGENCE | A SEDITIOUS AFFAIR | A GENTLEMAN’S POSITION

KJ Charles is a writer and freelance editor. She lives in London with her husband, two kids, an out-of-control garden, and an increasingly murderous cat. 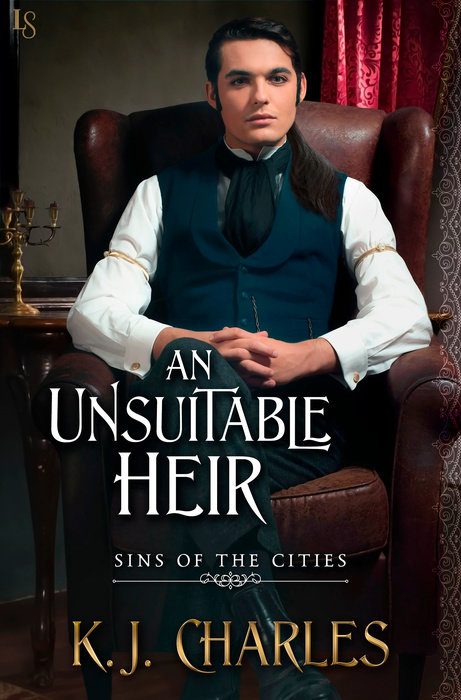