Visionary baker Chad Robertson unveils what’s next in bread, drawing on a decade of innovation in grain farming, flour milling, and fermentation with all-new ground-breaking formulas and techniques for making his most nutrient-rich and sublime loaves, rolls, and more—plus recipes for nourishing meals that showcase them.

“The most rewarding thing about making bread is that the process of learning never ends. Every day is a new study . . . the possibilities are infinite.”—from the Introduction

More than a decade ago, Chad Robertson’s country levain recipe taught a generation of bread bakers to replicate the creamy crumb, crackly crust, and unparalleled flavor of his world-famous Tartine bread. His was the recipe that launched hundreds of thousands of sourdough starters and attracted a stream of understudies to Tartine from across the globe.

With sixteen brilliant formulas for naturally leavened doughs—including country bread (now reengineered), rustic baguettes, flatbreads, rolls, pizza, and vegan and gluten-free loaves, plus tortillas, crackers, and fermented pasta made with discarded sourdough starter—Bread Book is the wild-yeast baker ’s flight plan for a voyage into the future of exceptional bread.

An excerpt from Bread Book

The most rewarding thing about making bread is that the process of learning never ends. Every day is a new study. Scores of factors, including the temperature, ambient humidity, type of grain, and age of the flour, influence how the dough develops. To end up with a consistent loaf, the baker must make hundreds of micro-adjustments daily. Even if a baker were to make only country bread every day for the rest of their life, the process of learning, refining, and thinking about that one dough would never be perfected. Making naturally leavened bread engages a living process that grows and changes each day. When you then consider various styles of bread—baguettes, pan loaves, and slab breads, to name a few—as well as different grains, milling techniques, fermentation times, and non-grain inclusions, the possibilities are infinite.

I have always had a strong drive to learn and innovate—by nature I’m never content when resting—and this has influenced how Tartine operates. Bakeries in general are expected to be consistent and predictable. People want a good cup of coffee and a morning pastry along with fresh hot bread—daily provisions—and we strive impossibly hard to deliver that consistency. But operating the bakery more from my chef’s perspective and less from a traditional baker’s approach has led us to explore what an open-all-day neighborhood bakery could become. I’m constantly asking myself and our bakers and chefs, How can we make this better? No tenet of what we do goes unexamined. It’s always worth scrutinizing the assumptions we make as a team and deciding whether they should be held, adapted, or discarded. This is how Tartine bread came about in the first place: by starting with the idea of a loaf and then building on it in unconventional ways in the context of modern baking while staying deeply rooted in tradition.

The central innovation in recent Tartine bread history has been our renewed and more heightened focus on flour sourcing. I was taught the importance of sourcing good grain and flour by Richard Bourdon, my first mentor in bread baking. At Tartine, we have always used sustainably farmed and milled grains, but several years ago, I decided to dive deeper in my relationships with grain breeders, farmers, and millers. I had been obsessively focused on making bread and the process of fermentation for two decades and then I noticed that my chef friends were having a bit more fun coloring outside the lines of traditional categories of cuisine. It was time for me to apply this same approach to baking.

Six years ago, I started to spend some time at the Bread Lab at Washington State University. I wanted to explore grain varieties and milling techniques with an eye to innovate. There I met grain breeders, farmers, and millers ready for change. We were all asking ourselves what makes grain and flour good. At the Bread Lab, they were looking at different types of grains—both new and ancient varieties—and selecting for flavor and nutrition versus yield and machinability. Historically, as we’ve tried to grow more inexpensive food to feed more people, flavor and nutrition have fallen by the wayside, and highly processed grain-based foods have proliferated, leading to all sorts of health and wellness problems. This had to change, and I couldn’t wait to collaborate.

Most modern flour comes from a handful of hard red winter wheat varieties that are selected for yield, in the field and in the mill. This is starkly different from most of agrarian history, during which people cultivated the grains that naturally thrived in the microclimates of the communities where they lived, milled, and ate. At the turn of the twentieth century, there were 2,000 flour mills in the United States. Now there are about 530. Several hundred years ago, most communities had a central mill, often powered by water, where families could take the grain they grew (wheat, corn, or other grains) to have it milled fresh for them. They would then take it home and bake with it right away. The flour was usually whole grain and was rarely sifted. (Sifting technology to produce white flour is modern, and discarding what’s sifted off is a luxury.) Many communities had a baker who made bread weekly in a communal wood-fired oven. Each community had its own recipes—different breads, biscuits, flatbreads, or crispbreads—and they used whichever flour, given the climate, was best suited for their specific recipes. In parts of Europe, such as Scandinavia, you will find crispbreads that work particularly well with the low-gluten rye or soft wheat grains that grow there, and in northern Mexico, you will encounter tender flour tortillas that perfectly highlight the soft local Sonora wheat. This knowledge was passed on by generations of bakers who shared what they had learned from those who came before them.

The Industrial Revolution changed bread completely (along with the structure of communities). Bread started to be made in the same way as a Ford Model T: uniformly and mechanized as much as possible. The grain had to be uniform so it could be harvested by combines and milled by a Rube Goldberg system of tubes, rollers, vacuums, and fans. There was no place in this system for grains that had exquisite flavor but lower protein than was required to make fast-rising bread with commercial yeast, or grains that demonstrated amazing performance for bread baking but had stalks of different heights, which made efficient harvesting on an industrial scale impossible.

Nowadays, most of the wheat cultivated in the United States (along with Canada, Russia, and Kazakhstan) is grown from very few strains of hard red winter wheat. This means that farmers cannot save their own seed and must buy anew each planting season from the large corporations that own the seed patents. Historically, farmers chose the seeds from grains that worked best for them, their miller, and the community bakers. Today, farmers must plant the guaranteed variety to be ensured a full return on the harvest.

There is a new generation of farmers and millers looking to historical models of grain communities for inspiration in the same way that I first looked to historical methods of making bread. They are also using modern technology in innovative ways to get the maximum benefit from ancient techniques. We are both working to create methodologies that are scalable in regional communities and can have a restorative effect on modern food systems. Using ancient techniques and modern technology to empower the artisanal process has become the core value of Tartine’s baking.

While farmers and millers are reclaiming historical knowledge about landrace and ancient grains, we, as bakers, are now taking the flours made with those grains and finding the best uses for them. Not every grain is suited to making country bread (in fact, few are). We are working to find opportunities to use these flavorful and nutritious grains, whether that’s in pan loaves, flatbreads, pasta, tortillas, pizza, cakes, cookies, or pastries.

How we grow food has become the biggest environmental problem of our generation. What we eat, how we produce it, and how we prepare it will determine the well-being of our world for posterity. It is vitally important to make sustainable agriculture and food systems not only possible but economically attractive. It is just as critical to make good foods with those raw materials and to make them available and affordable to as many people as possible.

Tartine began as a small corner bakery serving the best things we knew how to make to the people in our neighborhood. We are now innovating on a broad scale, reaching toward the deep source of grain breeders, farmers, and millers and to our communities with the hope of delivering a product that has better flavor and nutrition than any of us has ever tasted, while leaving a lasting positive imprint on our regional food system.

After nearly twenty years on our corner in San Francisco’s Mission District, the most exciting chapter of Tartine is just beginning.

James Beard award–winning chef, author, and founder of Tartine, Chad Robertson double-majored in culinary arts and baking and pastry at The Culinary Institute of America in Hyde Park, NY. In 2002, Robertson moved to California, where he opened Tartine Bakery (with Elisabeth Prueitt) in San Francisco. Chad co-authored Tartine, the bakery book originally published in 2006, and the updated edition, Tartine Revisited, published in 2018. In between, he authored and co-photographed Tartine Bread and authored and photographed Tartine Book No. 3. In 2006, Robertson opened a second location, Bar Tartine, and subsequently photographed and produced a book by the same name together with co-chefs and authors Nick Balla and Cortney Burns. He eventually closed Bar Tartine in order to focus on Tartine Manufactory in San Francisco and expansion into Los Angeles and Seoul, South Korea. Robertson’s first four books were James Beard Foundation award nominees. Tartine now operates three all-day cafes each in San Francisco and Los Angeles neighborhoods along with a baking commissary in both cities and five all-day cafes plus two commissaries in Seoul. In addition, Robertson co-founded Coffee Manufactory, which directly sources green coffee beans from a small group of global farmers, mirroring Tartine’s end-to-end grain-supply chain, which he has built over years of working with West Coast farmers. In 2020, Robertson co-wrote and co-recorded his first original audio book on sourdough bread, together with his friend and Tartine’s longtime director of bread, Jennifer Latham. Robertson and Latham are currently collaborating on a new full-length cookbook that showcases their latest innovations and techniques in bread baking, which will be released in fall 2021. 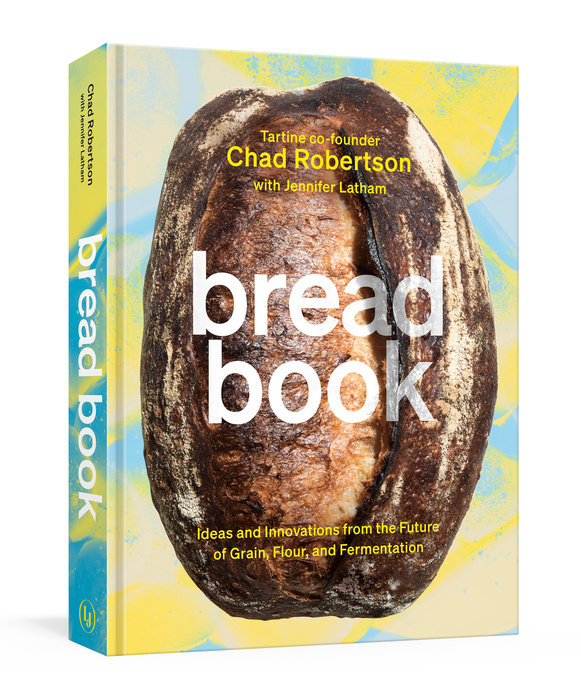