NEW YORK TIMES BESTSELLER • A shocking accident. A little girl struggling to survive.  And the childless aunt who transforms her own world to help her . . . Danielle Steel’s deeply moving novel is a story of resilience and hope.

Paige Watts is the ultimate stage mother. The daughter of Hollywood royalty, Paige channels her acting dreams into making her own daughter, Emma, a star. By the age of nine, Emma is playing a central role in a hit TV show. Then everything is shattered by unforeseeable tragedy.

Now Emma is living with her aunt Whitney, who had chosen a very different path from her sister’s. Whitney was always the studious older sister, hating the cult of celebrity that enveloped their childhood. Instead, she is a psychiatrist who lives for her work and enjoys a no-strings-attached love affair with a wealthy venture capitalist. But at a moment’s notice, Whitney drops everything to help her niece.

Once famous, outgoing, and charismatic, Emma is now a shadow of her former self—without speech, without memory, lost and terrified. But with her aunt Whitney’s help, along with a team of caregivers and doctors, Emma begins to find her way, starting her young life all over again—and changing the lives of everyone around her.

Emotionally gripping and richly involving, Silent Night explores how the heart has mysterious healing powers of its own, and blessings happen when we think all is lost.

An excerpt from Silent Night

“Your mother is dead, Bethanie. You have to face it. You can’t run away from it forever.” As a tall, handsome man with a craggy face delivers the crushing message, we see a little girl’s face crumple with deep emotion, as though she were dissolving from within. Suddenly her eyes shoot fire, as rage mixes with grief, and she backs away and begins to run. He makes no attempt to chase her. She turns once and looks back at him with fury and determination.

“I hate you!” she screams and we can see that she means it. The girl is barefoot, wearing a blue cotton dress, her blond hair disheveled, her exquisite cameo-like features perfect, her eyes blazing and swimming in tears. She is tiny, delicate, elfin, with an inner strength that nothing he has said can diminish. She runs as far and as fast as she can, trying to outrun what he has said to her. She disappears into a thicket of trees as he watches her with fury in his own eyes, and then he relaxes. All the tension goes out of him, and the little wood sprite reappears, grinning, and skips back toward him, barefoot as she crosses the field. There is applause from a handful of observers.

An unkempt-looking woman in torn jeans and a T-shirt shouts, “Perfect,” and the beautiful blond child takes a mock bow, delighted. A moment later, she is surrounded by her fellow actors. She is Emma Watts, the youngest member of the cast of a hit TV series called The Clan, a weekly saga of a powerful family living in the Pacific Northwest. Emma recently turned nine and has been on the show for two years. Her mother approaches, looking pleased, as Emma and the man who portrays her father walk back to their trailers, with sound men, costumers, makeup artists, and hairdressers trailing behind them. The director confers with an assistant.

Emma shrugs, looking unimpressed. “Yeah, maybe. I swallowed my gum when I was running.” Her mother rolls her eyes.

“You’re not supposed to chew gum on the set. You know that. You could choke on it.”

“But I didn’t.” Emma is a bright girl, and has become one of the most celebrated child actors on TV, since she joined the show when she was seven. She’s a natural, a born actress. She had to give up going to school when she got the part, and is tutored on the set by a teacher licensed by the state of California, Belinda Marshall, a beautiful African American woman, who does voice overs, commercials, and occasional bit parts on other shows. She wants to be an actress and has both the talent and the looks for it. Her ancestors were Ethiopian and there is a regal look to her, along with her quick mind and warm heart. Emma likes Belinda, as long as she doesn’t give her too much homework, which she can’t do on nights that Emma has a lot of lines to learn for the next day. It’s why regular school doesn’t really work for her with the demands of the show.

Emma’s mother, Paige, keeps a close watch on all aspects of her career. She coordinates Emma’s voice coach, drama coach, speech coach, and dance classes. She takes hip-hop, tap, and ballet, and has a remarkable singing voice. Paige’s own acting career never took off, but anyone can see that Emma will be a big star one day. She has given her mother’s life purpose, meaning, and direction. Paige had Emma start modeling as a baby, after listing her with an agency nearly at birth. At six, she had Emma start acting, and within a year, she had landed the part as the youngest child on The Clan. There are two other children on the show, Adam Weiss, who plays Emma’s twelve-year-old brother, and Virginia Parker, who is now sixteen and just got her GED high school diploma, and plays Emma’s fourteen-year-old sister. All three of them take classes on the set with Belinda. There’s no time for school in the life of a child actor, no play dates, no friends other than fellow actors. Life on the set is intense, with work first and foremost, and their childhoods second. Paige knows what it takes, and also that Emma will thank her for it one day, when she wins her first Oscar for a movie or an Emmy for the show she’s on.

They have a decision to make at the moment, a big one. Emma has been offered a part in a Broadway musical, a starring role. She has the voice and the talent for it, and the big question is what will further her career the most: staying with the series or taking a shot at Broadway. She could win a Tony for the part in New York, or an Emmy or a Golden Globe if she stays with The Clan. Her mother will make the decision for her, as she always does. Emma wants to stay in L.A. Paige hasn’t made up her mind yet. Emma’s career is all consuming. Paige looks a great deal like her daughter, with the same delicate blond beauty, but she never had her daughter’s talent. She had given up on her own acting career years before, and concentrated on Emma’s as soon as she was old enough to have one.

They are the descendants of Hollywood royalty. Paige’s mother, Elizabeth Winston, was the biggest film star of her day. Paige grew up watching her mother on the set of her movies, when she was allowed to. She and her older sister, Whitney, were brought up by nannies. Their mother was always making a movie somewhere. Liz Winston had been a legend, an icon, one of Hollywood’s great beauties and most talented actresses. She had won two Oscars, before she died tragically early at fifty-four. Her death had shattered Paige’s fragile balance. She was twenty-four and had been trying to start her own career then but got lost in the shuffle in L.A. Her father, Bill Watts, had told her bluntly that she didn’t have what it took and needed to find another outlet for her talents. He knew without a doubt that she’d never be an actress of her mother’s stature. Her mother had been remarkable on screen and Emma was too. Paige didn’t have their gift, and finally admitted it to herself. But she found her purpose in life when Emma was born.

Bill Watts had been the most important film agent of his day. He had discovered Liz, masterminded and controlled every aspect of her career brilliantly, and knew he had found an actress with incomparable beauty and rare talent the moment he saw her. He had never made a mistake with her, and Liz hung on his every word. They married when Liz was twenty-five and Bill was sixty, and she had rapidly become his most important client. She made no decisions without him. He orchestrated every move she made. 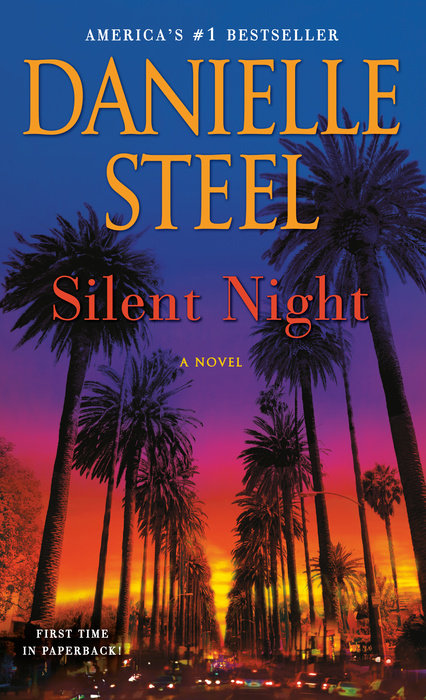