#1 NEW YORK TIMES BESTSELLER • Danielle Steel tells a riveting story of the dark side of motherhood.

Zoe Morgan’s childhood was marked by her younger sister’s tragic illness, watching as her parents dedicated themselves completely to her final days and then divorced. As a young woman driven by these painful memories, Zoe sets the bar high for herself, studying hard and pursuing a career in the nonprofit world, where her deep compassion for disadvantaged children finds a focus.

When Zoe falls in love and has her own child, she is determined to be a perfect mother as well. But before long, old scars long dormant begin to pull Zoe to the edge of an abyss too terrifying to contemplate.

As Zoe is haunted by the ghosts of the past, her story will become a race against time and a tale of psychological suspense that no reader will soon forget.

An excerpt from The Dark Side

Zoe and Rose Morgan were the perfect complement to each other as sisters. Zoe had straight, dark, shining hair. Rose had a halo of white-­blond curls, which sat like a cap on her head. Zoe’s features were beautiful, though sharp and well defined for a child so young. Rose looked like a cherub, everything about her was round, including her small, smiling face. Zoe was long and angular, all legs and arms, like a young colt. There were no sharp edges to Rose. She was loving and soft. She had learned to blow kisses before she could say hello. Rose was an irresistible child. Zoe had always been shy, although having the irrepressible, fearless Rose as her little sister made Zoe bolder and stronger. Rose loved following her around. It annoyed Zoe at times, particularly if Rose ran off with one of Zoe’s toys, and Zoe gave her a sound scolding for it when she did. Zoe was three when Rose was born and had stared in wonderment at her in the bassinet. Rose had bonded with her immediately. Her face lit up whenever Zoe walked into the room.

Zoe was six when Rose was diagnosed with leukemia at three. Zoe didn’t know what it meant. Her mother had explained it to her, that it was a sickness Rose had in her blood. She would have “treatments,” and have to go to the hospital and stay there sometimes. She was going to have “chemotherapy.” When they were alone, Zoe had asked her mother if it would hurt, and she said it might, and it would make Rose sick for a little while, but in the end, it would make her well. She would be fine again. Zoe saw something in her mother’s eyes then that she had never seen there before: fear. She could see that both her parents were afraid. Her father said he was going to take care of her whenever Rose had to go to the hospital, so their mother could stay there with Rose. And when Rose got well again, everything would go back to normal. He promised her that it would, and she believed him. She could tell that he believed it too.

Three days later, Rose left for the hospital, with Beth, their mother. Zoe remembered that she had a little pink suitcase and took her favorite teddy bear, Pinkie, with her. She was gone for four weeks, and their mother stayed with her, and came home for an hour or two every few days, to get more clothes and give Zoe a hug. When Rose came home the white-­blond curls were gone. Rose slept a lot, and she lay on the couch, but she wanted to play when Zoe came home from school. And Zoe was happy to have Rose and their mom home again.

Rose stayed at the hospital a lot in that first year, and she had something called a bone marrow transplant. Their mom gave her some of her bone marrow, and it helped. Rose got better after that, just like Brad, their father, had said. Her curls grew back, although they were a darker blond, and her eyebrows and eyelashes came back too. Zoe didn’t yell at her anymore when Rose took her toys. She was just happy Rose was home, and so were their mom and dad. Zoe was used to spending most of her time with her father by then. It wasn’t quite as good as being with her mom, who always had everything perfectly organized and in control, but he was almost as good at it as her mom was by the end of that first year. Zoe told him what he didn’t know, like how she liked her toast, and which cereal was Rose’s. He did the laundry, made the beds, picked her up at school, cooked the meals. He let Zoe help him make s’mores for dessert every night if she wanted them. He read her bedtime stories, and they always called Rose before Zoe went to sleep, if she was at the hospital that week. They had a party for just the four of them every time Rose came home. They made cupcakes for her, or baked a cake. They put candles on them, and Rose got to blow them out. It was like her birthday every other week.

Zoe knew she was lucky that her father could stay with her because he worked at home, and had a studio upstairs. He had been an animation artist at Disney studios, until he wrote a book about the adventures of Ollie the Mouse, who loved to travel and went everywhere. He did the illustrations himself. The first Ollie book was an instant success. After the second one, a TV show was produced, which led to merchandising and Ollie dolls. Brad left Disney then, and moved to San Francisco with Beth, right before Zoe was born. They had never expected the book to be such a huge success. It was sold all over the world in sixteen languages. Zoe loved it when he read the Ollie books to her, and a new one came out every year. Eventually, Ollie married a little white mouse named Marina, who was a ballerina, and they had twin baby mice named Charlie and Seraphina. Their family was complete and their adventures continued. From the time Beth and Brad moved to San Francisco and Zoe was born, Brad continued to work at home in his studio. When she was old enough, Zoe loved going upstairs to visit him. She had a little table in a corner, with her own drawing pad and colored pencils and crayons, and later paints. She loved drawing Ollie and Marina and the twins too.

Zoe’s mother didn’t work. She had worked in a hospital in L.A. as a surgical nurse before they’d moved, but once Zoe was born in San Francisco, Beth became a full-­time mom. They went to the park every day, baked cookies, went to swimming lessons and play groups, and took a music class for moms and little kids. They were busy all the time. Zoe had just started preschool when Rose was born. She kept everyone busy, and Zoe felt like their family was complete, just like Ollie and Marina and their twins in their dad’s books. Zoe’s mother even let Zoe take Rose to show-­and-­tell at school, so everyone could see her, when she was four months old. Rose smiled at everyone while Zoe held her, and then she fell asleep. Her visit was a big success, and everyone agreed that she looked like an angel. The children commented that Zoe and her baby sister looked very different, except that they both had big blue eyes like their mom.

Zoe loved living in San Francisco. It was the only home she had ever known, and she loved their rambling old house with a view of the bay and the Golden Gate Bridge. She and Rose shared a room, and there was lots of space to play. At first, Rose slept in a basket in their parents’ room, next to their parents’ bed, and when she was too big to sleep in the basket anymore, Rose slept in a crib across from Zoe’s bed. Zoe would tiptoe over to peek at her, sound asleep in her crib, and then go back to her own bed. By the time Rose got sick, they were both sleeping in beds. Their father had painted a magical garden on the wall, with fairies flying over it. Zoe loved it. They had the best room in the world. When Rose was in the hospital, Zoe would look at her empty bed at night and miss her. The room seemed empty when she was gone. She counted the days until Rose came home.

Zoe loved her status as big sister. Even if Rose was a pest at times, Zoe loved her. Later on, her memories of her first six years, until Rose got sick, were as close to perfect as you could get, with adoring parents, happy days, and a little sister who was fun to play with. She couldn’t wait for Rose to start school with her, but she started a year late, since she’d been sick.

Rose had a year after the bone marrow transplant, and then the leukemia came back with a vengeance, and made her even sicker than she’d been before. Her hair fell out again, she had to have something called a port, because she got chemotherapy so often and they couldn’t use the veins in her arms anymore. From the time she was diagnosed again, and was no longer in remission, her deterioration was slow but steady over the next two years. Her life was a living hell. At nine, Zoe understood that now. 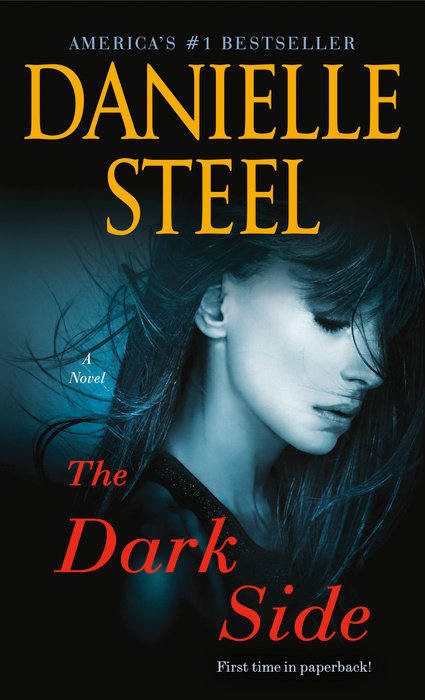