Chef Chloe Coscarelli has revolutionized how vegans cook and eat with exciting, plant-based recipes that are fun, full of flavor, and make you feel healthier. When she decided to become a vegan chef, she dreamed of changing the way the world ate. This was in the “pre-kale” days, when veggie burgers were frozen, tasteless patties loathed by the general public and if a vegan wanted to eat, well, then she had to cook! Today, corner stores stock their shelves with almond milk and mainstream restaurants pepper their menus with quinoa, tempeh, chia seeds, faro, ramps, and so many variations of avocado toast. There is truly no better time to love to eat than now—and no easier time to be a vegan.

Chloe believes the most delicious dishes come from plant-based ingredients, and has debunked the myth that vegan cooking is bland and visually unenticing. Enter: CHLOE FLAVOR. Every recipe here is bold in taste, loud in color, unabashedly unique, and, above all, easy to make. With dishes like Smoky Grits & Greens, Mango-Guacamole Crunch Burgers, and Sea Salted Chocolate Chunk Cookies, this food is for fun, friends, and family—and it’s all about the flavor. Vegans will delight in Chloe’s creations and carnivores won’t miss the meat one bit.
First breaking onto the culinary scene as the only vegan chef to capture the top prize on Food Network’s Cupcake Wars, Chef Chloe Coscarelli has since been recognized for bringing vegan cuisine to the mainstream as an award-winning chef, successful entrepreneur, and bestselling cookbook author. She has published three bestselling cookbooks, and in 2015 she opened her first restaurant, by CHLOE., bringing healthy and satisfying vegan and plant-based dishes to the masses. She lives in New York City. 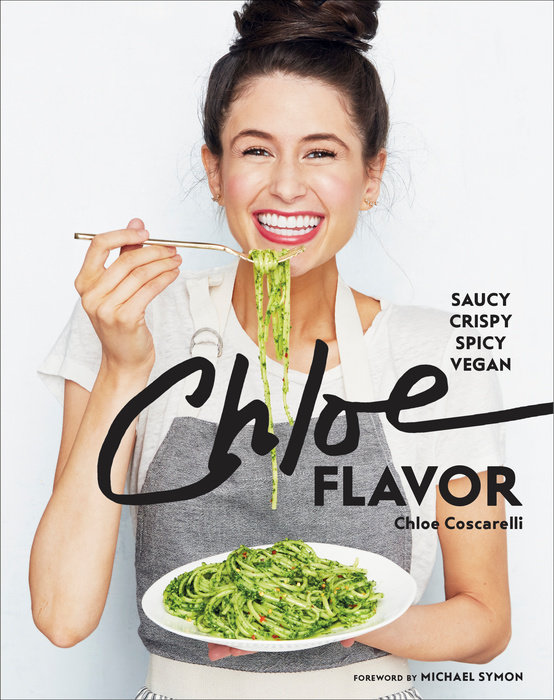