Unravel the mysteries of an extraordinary underwater world in this official Minecraft novel! When three kids discover a mystery in an abandoned Minecraft server, they must race against the clock to uncover its secrets.

Jake Thomas is always the new kid. His family moves so much for his dad’s work that it’s easier to keep his head down and not get attached to anyone. He’ll be gone in a few months anyway. But when they end up in Los Angeles, Dad promises this will be the last time they move. The Pacific Crest Apartments are home now . . . which means it's time for Jake to finally make friends.

Jake isn’t sure he should count the two kids he meets at the apartment’s community center as friends, though. Tank Vuong is a large and intimidating boy who hangs with a tough crowd, and Emily Quesada is a fashionista who’s quick with a sarcastic remark. But when he discovers an old computer lab in a forgotten corner of the community center, with a strange Minecraft server containing cryptic riddles, he realizes he's going to need help cracking the code—because at the end of the summer, the community center will be demolished, and all hope of solving the mystery will go with it. Following the hints left by an enigmatic figure known as The Wizard, the trio journeys into the dangerous depths of the ocean, where uncanny creatures lurk and untold treasure awaits. . . .

An excerpt from Minecraft: The Shipwreck

“Here we are, home sweet home!”

Jake steps out of the truck and shuts the door. The tar on the street almost seems to sink under his feet as he stands. It’s fresh, still soft from the hot sun, marked with crisp, clean, recently painted lines of white.

Dad whistles, the sun hitting the top of his balding head just right. He puts his hands on his hips, nodding to himself.

Jake follows Dad’s proud gaze and looks across the street at the gray building situated on the corner of a tree-lined street. A wide swath of grass separates it from the sidewalk. The apartment complex seems just as drab and dull as the rest of the buildings on this street. It’s a far cry from the beachside paradise Dad had been gloating about on their three-state road trip. The neighborhood has seen better days: rows and rows of mismatched apartment buildings and peeling paint, yellowing lawns and trash-lined streets. Jake sighs and shakes his head as Dad turns back to flash him a grin.

“This is the place you’re tearing down?” Jake eyes the ancient apartment complex.

“Yup. Already did one of the buildings in this complex, the one we’re moving into. Oh, you’re gonna love it. Everything is brand new and perfect, eh?”

Three towers of apartments are clustered behind the first building. One is clearly new; gleaming white, shining glass windows reflecting the pale blue sky, almost as if the tower is trying to be a part of the sky itself. The other two are built from the same dull gray concrete as the first, occasionally spotted with bricks flecked with color for a bit of artistic flair. Jake can’t help but smile, thinking about lines of ore in Minecraft. He imagines destroying the entire complex, one row of blocks at a time, gathering the jewels, coal, and different types of rock from the building’s sides. He sees two, maybe three different building materials. They look a lot more sturdy than whatever the new building is made out of, although the glass is pretty neat. It’d be interesting, mining a tower like this, but simple enough, just craft a few ladders and get to the top and make your way down—

Jake’s in the middle of his daydream when he realizes Dad’s still waxing poetic about the project.

“It’s going to be a long haul—my company is doing this complex and two more down the street for a fancy new design firm. There’s a lot of work in Los Angeles. Aren’t you excited? All this great California sunshine, and we can go to the beach whenever we want!”

“Sure, Dad.” The sun feels like any other sun Jake’s ever felt; then again, it is the same sun. He would hope so.

Dad gives him a small smile full of promise, one that Jake wants to believe means they’ll actually go to the beach together. Every new state, every new city in the past three years has been full of the same promises: We’ll go to the country fair. I’ll take you to a ball game. We’re going to go camping. But Dad said it was because he was still building up his company’s reputation, and now everything is going to change, apparently.

Jake will believe it when he sees it. Chicago, San Antonio, Seattle—each of these places Dad said would be home, and each of them just turned out to be a stopping point.

“Isn’t it beautiful? I tell you, the architect who dreamed up the renovation, she’s a genius.” Dad grabs a box from the back of the truck and sighs happily, still admiring the view.

Jake makes a noncommittal grunt in reply. It’s just another picture-perfect condo, filled with the same uncomfortable furniture and nondescript landscape paintings. There’s a moving van parked outside that isn’t theirs, and for a moment Jake wonders what it’s like to actually have comfortable furniture that you’d haul across the country, knickknacks and little odds and ends that make a home.

They don’t actually own furniture anymore. They haven’t really, not since they packed up their old house in Maryland and everything went into storage. Jake tries not to think about the boxes of photo albums, the yellowing Perfect Attendance certificates Mom kept from first through third grade, the perfect ratty couch he loved. All of it is slowly gathering dust on the other side of the country.

Now every place they move into comes with furniture, usually leftovers from model homes or staging, weird pieces thrown together that never really feel intentional, much less like a home. He goes to the back of the truck and grabs his backpack and a box of his stuff and follows Dad across the street, up to their new place.

“The stuff I ordered got here yesterday, so we should be all set! Are you ready?”

They pass by a young couple laughing as they heave a squashy couch up the steps. It looks worn in and perfect and Jake glances away, almost colliding with a small boy who completely doesn’t notice as he scoots a toy truck across the sidewalk.

“See, people are moving in already. What did I tell you? These new condos are spectacular, if I do say so myself, and we really got here at the perfect time. This neighborhood is going to skyrocket in price.” Dad proudly tugs his own box closer to himself as he hums the first chords of a cheerful tune.

Jake hasn’t been too impressed since arriving in California. He was asleep for most of the drive, and since waking up he hasn’t seen a single palm tree or celebrity or even a pool. So far this neighborhood on the outskirts of Los Angeles looks like every other town, with its strip malls and stoplights and sidewalks, and this street looks like any other street in any other city. Jake’s seen so many of them now that it doesn’t mean anything anymore.

Dad’s struck up a conversation with the couple as he helps them through the main glass double doors of the first building. Up close, the place looks even more unappealing: a dusty lobby with another set of glass doors on the other side, open to a courtyard of some sort. The new building stands out even more now, a polished monstrosity of off-white slabs and gleaming glass. It looks jarringly strange next to its neighboring towers.

Jake closes his eyes and takes a deep breath. He opens them again, imagining the street transformed, brick by brick. The building is just another set of resources, ready for him to reconstruct and rebuild in his own design, and—

“Come on, buddy, let’s go check it out!” Dad’s voice jolts him back to reality and all its disheartening glory.

Jake follows him up the steps to where Dad has the heavy-looking door propped open with his foot.

“Look, I know you’re upset, but this time I promise it’s gonna be the last move. We’re gonna stick around Los Angeles. This is a really lengthy renovation project and I’ve got more coming soon.”

“Did you design this one?”

Dad looks down at his feet quickly and then back up at Jake. “Just project managing. But we have three more buildings to renovate, and it’s a project that’s going to take years, maybe.” He gives Jake a small smile. “You’re starting high school. I figured it was time to stop moving around.”

Jake nods but doesn’t reply. He’s used to the moves by now, always being the new kid. It’s tough, trying to make new friends, especially when he doesn’t know how long he’s going to stay.

The lobby is empty and dark, the only light emanating from the two sets of double doors that flank each side of the wide room. It’s weirdly big for an apartment building, and as Jake walks through he can see why. The lobby opens up into a huge room with dingy and dust-covered furniture, and doors that look like they haven’t been opened in a decade.

The words are mounted on a faded sign above a huge painted mural. The sign is cracked and falling apart, but the wall itself is still bright and cheerful. The buildings are painted a deep aquamarine here, and different scenes show laughing people walking through a park, swimming in pools, working in a computer lab. In the center of the mural, a cartoon sun wearing sunglasses grins down at the building, and an ocean sparkles behind it, a wave cresting in a swooping painted arc. The rest of that wall is covered in blue waves, a colorful contrast to the rest of the room: gray bricks stacked tediously on top of one another, and fake ficus trees, the kind you see in office buildings attempting to feel more homey. The trees have a thick layer of dust on them, and the open space is filled with empty tables, empty chairs, and a broken pool table in the corner. There’s a mostly bare bulletin board with a single sheet of paper that reads activity sign-up. It’s blank.

C. B. Lee is a Lambda Literary Award–nominated writer of young-adult science fiction and fantasy. Her works include the Sidekick Squad series, Ben 10, and Seven Tears at High Tide. 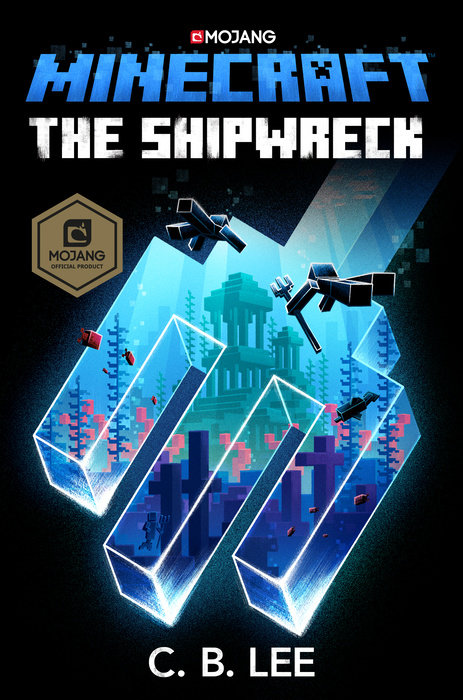