The acclaimed author of Noble Chase lays down the law with an irresistible tale of buried secrets and gloves-off legal combat at a secretive military school—for readers of John Grisham, Greg Iles, and Linda Fairstein.

When young attorney Beth Swahn agrees to represent a former military academy facing demolition, what begins as a simple real estate litigation soon becomes a dangerously real threat. Beth’s stepfather, a founding partner at her law firm, is part of the now-shuttered school’s alumni association that’s determined to see its old campus preserved as a historical landmark, safe from developers’ bulldozers. But beneath the campus’s main building—once the nineteenth-century mansion of Napoleon Bonaparte’s older brother—runs an extensive network of tunnels, which may be where the alumni’s true interest lies . . . along with their school days’ darkest secrets.

As more of the academy’s former cadets become entangled in the case, and millions of dollars mysteriously go missing, Beth faces increasingly treacherous legal landmines—and worse—in a case that could be more than just a career killer.

An excerpt from Alumni Association

Beth Swahn called her stepfather with the news of Clifford Giles’s sudden death while she was still at Clifford’s bedside in the hospital. The next day, Max Swahn was on a flight home from Antigua, and two days later, he delivered a tearful eulogy at the crowded funeral for his oldest friend and cofounding partner of his law firm. Now, he was preparing for their firm’s first meeting since his return.

Clifford’s fatal heart attack had forced Max back to the land of custom suits after four relatively stress-free years sailing charter parties around the Caribbean with his wife, Andi. The difference between mentoring first- and second-year associates from a laptop in the cabin of their forty-seven-foot sloop Red Sky and hands-on management of the whole firm was rapidly crashing in on him.

Sitting in Clifford’s corner office, now sadly his again, he outlined the points he wanted to cover with the nervous partners who were being tempted with offers from other firms. The competition was eager to cherry-pick their clients and their expertise.

He was nearly finished when Beth buzzed him on the intercom. “Max, Mom’s on the line from Antigua. She doesn’t have your direct office number yet. I’m going to transfer her over to you. . . . Speak to you later, Mom.”

“I should be able to come up to New York within the next week.”

“It can’t happen soon enough. Did you get someone to watch Red Sky while we’re gone?”

“I’ll get it handled today. I also canceled our next two charters, but our agent says he’ll be able to find substitute yachts for the parties.”

“You always handle things so perfectly, but listen, babe, I have to throw you off so I can finish getting ready for the partners’ meeting.”

“Love you,” he replied and hung up the phone.

Max took a deep breath, resolved to return to retirement at the earliest opportunity, and then returned his attention to the outline for the meeting. He struggled through the last several points, made some changes, and polished it until he was satisfied that his message to the partners would accurately communicate his vision for the future of the firm.

Max was waiting for the printer to kick out a few hard copies when Beth rang him again on the intercom. “Max, I have Judge Masters on the line. He wants you but dialed me, just like Mom did. I’m going to conference you in.”

“Does he know about Clifford?”

“He read the obituary in The New York Times. He feels awful.”

Max picked up the phone. “Tripp, how are you?”

“Max, my deepest condolences. I’m so sorry to hear about Clifford.”

“Thanks, Tripp,” he replied sadly. “It’s a terrible loss. We’d been friends and partners since you introduced us forty years ago.”

“Everything in the office under control?”

“Oh, sure,” Beth said. “We practice law in groups here, so there’s always at least two attorneys fully familiar with every matter.”

“Listen, guys, I’m going to be in the city today. Can I drop in this afternoon to discuss some new business?”

“We always have time for new business, Your Honor,” Beth said.

“It’s about the sale of the BMI campus to Herb Gartenberg and Al LaVerne.”

“I knew about Gartenberg, but not Al LaVerne,” Max said. “He was in Gartenberg’s class at BMI. When did he become part of the deal?”

“Don’t know for sure,” Tripp replied. “But he’s in it now. You know my nephew Chord’s the attorney for the Smythe estate, and he just learned about it.”

“How many in the BMI Alumni Association voted last month for your resolution to preserve the Old Main and the tunnels underneath it?”

“A huge majority, Max. They want to make sure the Old Main and the tunnels are protected when Gartenberg and LaVerne begin to build houses on the BMI campus. Maybe we can get Gartenberg to dedicate the Old Main property as a park.”

“That’s going to be a problem. Gartenberg’s not a builder. He’s the same guy we kicked out of BMI thirty-some years ago on some trumped-up charge of cheating on an exam.”

“But, Max, that was all Dean Smythe would let us do. He refused to prosecute him for assaulting that Junior School cadet who hung himself.”

“He sounds like a real nice guy,” Beth said.

“LaVerne’s a builder, though,” Tripp replied, “and Chord tells me he was a decent guy at school.”

“Some garment center guy. Zeke something or other.”

“He’s been Herb’s attorney for years.”

“I suspect that business with Gartenberg is anything but . . .”

“He’ll have to recuse himself,” Tripp replied.

“Opposing the application will be expensive.”

“Deep alumni pockets are backing us.”

Michael Rudolph is a retired Park Avenue attorney, an ex–New Yorker, and an ex–Connecticut Dodger. His idea of nirvana is to sail off into a Caribbean sunset with his wife, Elizabeth, their golden retriever, and a handful of grandchildren. He sailed his own sailboat on Long Island Sound for many years and chartered other sailboats for extended cruising in the Caribbean. He polished his sailing techniques and blue-water skills with many classes in navigation and seamanship. Noble Chase is his first novel. 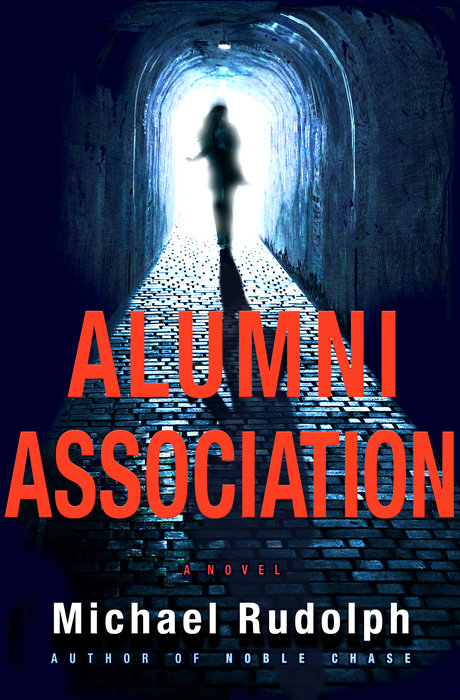