Jenna Boltz’s life is at a crossroads. After a messy divorce from her surgeon husband nearly twenty years ago, she raised her two children on her own, juggling motherhood with her beloved job as a Seattle intensive-care nurse. Now that Paul and Allie have gone to college and moved out, Jenna can’t help but wonder what her future holds.

Her best friend, Maureen, is excited for Jenna’s newfound independence. Now is the perfect time to finally book the trip to Paris they’ve been dreaming of since their college days. But when it comes to life’s other great adventure—dating—Jenna still isn’t sure she’s ready to let love in . . . until an unexpected encounter begins to change her mind.

When Jenna’s elderly mother breaks her hip, Dr. Rowan Lancaster saves the day. Despite his silent, stoic exterior, Rowan is immediately smitten with Jenna. And even though Jenna is hesitant about becoming involved with another surgeon, she has to admit that she’s more than a little intrigued. But when Jenna’s children approach her with shocking news, she realizes that she needs to have faith in love and embrace the unexpected—before the life she has always dreamed of passes her by.

An excerpt from Window on the Bay

I’d waited for this for a long time.

I sat in the small nook with the padded seat in my upstairs bedroom, gazing out the window. The view of Elliott Bay stretched before me. I loved this spot, my contemplation area. I leaned my back against the wall, my knees drawn up as I gazed out over the panorama. The gray skies had threatened rain earlier in the day. Despite popular opinion, Seattle wasn’t drenched in drizzle all twelve months of the year. No matter what the weather, my window on the bay never failed to soothe me. In contrast, this afternoon the sky was blue and bright in late September, and the waters of Puget Sound as green as an emerald lawn. The waterfront area of Seattle was filled with tourists, the streets busy with those either departing or returning from Alaskan cruises.

My mind was spinning with the changes about to take place in my life. The day before, I’d helped Allie settle into her dorm room at my alma mater, the University of Washington. My daughter was about to spread her wings at college, just as I’d done all those years ago. Although I’d been looking forward to this day, I worried. Allie was nothing like her older brother, Paul. My son had been the man of the house and was more mature than his years, especially after his father left us. Allie could be overly emotional at times, and I had to admit I’d spoiled her, though not to the point that she was self-centered and irrational. I’d wanted her to commute from home the first couple years of college, but she insisted that she wanted to live in the dorms. Eventually I’d given in, remembering that my parents had given me that experience to let me soar on my own.

This move was big for Allie and equally big for me.

My nest was now empty.

The silent house had never felt louder. It was as if I could hear the hollowness surrounding me. While I had been looking forward to this time, I wasn’t completely sure what I wanted to do with myself. I’d spent the last sixteen years as a single mom, dedicating my life, my resources, and my everything to my two children, all the while juggling a full-time career. It hadn’t been easy being both mother and father, but I was smarter and wiser, especially in the area of men. I could fix a leaky pipe, clean gutters, and assemble a chest of drawers with instructions written in a foreign language. I was woman—and I could pound my chest as hard as any man.

And now, after years of attending sporting events—soccer, baseball, and basketball games, as well as swimming meets—I finally had time for myself. I thought of all the music lessons, the Girl Scout Cookie drives I’d organized, and how I’d been class mother for both Paul and Allie in their grade-school years. The last year Paul was in junior high, I’d been president of the PTA. My kids’ teeth were straight, and they both were grounded and obtained above-average grades.

As I looked out my window, I remembered that sense of elation mingled with worries and doubts which nearly overwhelmed me when I dropped Allie off at the college campus. I watched a green-and-white Washington state ferry sail toward Bainbridge Island.

I refused to let my concerns take away this special moment. I let the calming view settle my nerves and I turned my focus onto what this new season of life meant for me.

I’d raised my children, made sacrifices for them, stayed focused on their needs, but now I could look to the future and make plans of my own. Unlike their father, I’d taken my responsibility as a parent seriously. Kyle had proved to be a sorry disappointment as a husband, but especially as a father.

I had an entire list of what I hoped to accomplish in the next few years. For a long time, I’d wanted to find a creative way to express myself. Zumba class, painting. I’d been toying with the idea of creating a Bullet Journal, too. The possibilities were endless. And trips. I longed to travel, to see the world, study new cultures, taste the local cuisines. With France, especially Paris, on the top of the page, of course. Between my work schedule at the hospital and all the kids’ activities, I’d never found time to fit any of these things into my life.

But I could now.

Paris. The more I thought about it, the more I longed to make that trip a possibility. Maureen and I had put off that dream for far too long. Like me, Maureen was divorced now, too. We’d been single moms together all these years, and formed our own support group. Both of our marriages had gone down in flames, and Paris was shoved into the black hole called “someday.” Well, “someday” was now, finally within reach.

I dropped my legs from my perch and reached for the phone, calling Maureen to invite her over for a movie and some girl time together. She was quick to agree, eager to hear how Allie’s move-in at college had gone.

Before she arrived I had the popcorn popping, and for the fun of it, I’d downloaded Casablanca, hoping to remind her of our long-ago dream.

The doorbell rang, and I set aside the remote to answer the door.

Maureen came into the house waving a grocery bag. “You’ll like what’s inside!” She was a petite brunette with deep brown eyes that revealed her subtle wit and intelligence. Her hair was the same shade as her eyes. She wore it shoulder-length, and I envied how thick it was.

Over the years I’d come to appreciate Maureen all the more. We talked often and supported each other through everything that life had thrown our way. She’d been the first person I’d called after Kyle left, and when Allie broke her arm. I couldn’t have asked for a better best friend.

She pulled out a container from the bag, revealing my favorite flavor of ice cream: salted caramel, my weakness.

“A perfect addition to a perfect day.” I took it from her and headed into the kitchen to place it in the freezer.

Maureen trailed behind me. “How was your hot date?”

My hand paused on the freezer door as I thought back over my dinner with the insurance adjuster. It had been washed from my mind, an evening I was eager to forget. “A disappointment.”

Maureen and I had devised our own grading system when it came to men and dating. A green light meant there was real potential. A yellow light meant we were waiting to learn more and would proceed with caution. A red light was a flat no, no questions asked, not happening. No way. No how.

I gave a sad nod.

I expelled a lengthy sigh, letting it whistle through my teeth. What was it with men? “He thought dinner at a cheap Mexican restaurant gave him a free license to spend the night.”

“Give me a break,” Maureen said, shaking her head.

I’d dated off and on since my divorce. My children had always been my priority. Still, there were times when I needed adult male companionship for my own mental health, yet in all the years since Kyle and I had split, I hadn’t met a man I felt deserved a green light. Several had looked promising in the beginning, but as we got to know each other better, something always seemed to be fundamentally lacking. I was beginning to think the “lacking” might be me—that I’d set my standards too high.

My marriage to Kyle hadn’t helped matters. I’d come out of it with trust issues and with the fear of making yet another mistake. Now, with both kids in college, I’d hoped to seriously look at my relationships with men.

“How frustrating,” Maureen said. Seeing the bowls of popcorn on the kitchen counter, she reached for them and led the way into the family room.

I loved my Colonial-style house that was set on a hill overlooking Elliott Bay. Other than my children, it was the best thing I’d gotten out of my marriage. The family room off the kitchen was where we all gathered to watch television, or to sit by the fireplace on a cold, rainy Seattle day on the comfortable, oversized, well-loved leather furniture. One year for Christmas, my dad had a gas line installed to the fireplace, so I didn’t need to fuss with building a fire with wood any longer. All winter long, I had that fire going. It added a touch of warmth to those chilly nights while Paul and Allie sank into the big chairs to do their homework.

I had Casablanca primed and ready to play.

Popcorn for dinner and ice cream for dessert. Now, that was freedom.

I reached for the remote. Maureen had her shoes off and her ankles crossed on the ottoman as she munched on the popcorn. “You picked the movie?”

“Yup, and you’re going to love it.” I hit the remote, and immediately the music leading up to Casablanca began to play.

Maureen’s smile widened. “Is this what I think it is?”

I couldn’t keep from smiling. “Yup, and that should tell you what I’m thinking.”

“Paris,” Maureen cried. “You want to start planning for our trip to Paris.” Her eyes shone with enthusiasm.

“At last, our someday is here.” I could already feel the excitement building inside me. Over the years, we’d never stopped talking about our trip to Paris, but the timing had never been right. “I’m thinking we can go next spring.” 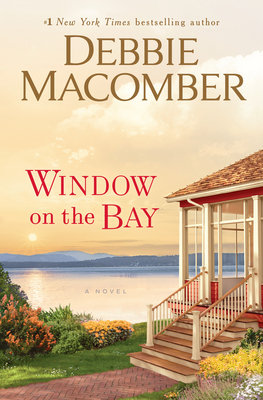