Has there ever been a more unlikely pair of consulting detectives than Jesperson and Lane? They certainly make a striking duo: Mr. Jasper Jesperson, with his shock of red hair and seemingly encyclopedic knowledge of all subjects—save common sense—and Miss Lane, whose logical mind is matched only by her fascination with psychic phenomena.

Their talents are rare . . . as are their customers. So when Jesperson and Lane are hired to track the nocturnal wanderings of a sleepwalking London business owner, they’re simply happy to be working again. The case begins as a window into the séances and other supernatural parlor games that are so popular these days, and takes a sinister turn as the intrepid investigators pull back the curtain on the cutthroat rivalries underpinning polite society.

But after several mediums go missing, it’s clear that Jesperson and Lane are in over their heads. For they’ve uncovered a presence beyond their understanding—an evil force that won’t hesitate to kill in order to achieve its nefarious ends.

Praise for The Curious Affair of the Somnambulist & the Psychic Thief

“Sleepwalkers, psychics, and the spirits of the dead (or are they?) make for a heady stew in Lisa Tuttle’s latest, The Curious Affair of the Somnambulist & the Psychic Thief, the first full-length novel about Jasper Jesperson and Miss Lane, a dauntless duo of Victorian detectives first introduced in her stories for Down These Strange Streets and Rogues. They’re an entertaining pair, and it’s great to see them back in action in a longer work. Here’s hoping this is only the first in a long series of Lane and Jesperson adventures. Tuttle does a lovely job of putting us back in the foggy streets of Victorian London in this lively, entertaining blend of murder mystery and supernatural adventure. Arthur Conan Doyle would have approved.”—George R. R. Martin

On a Train Going South

I admit I did not plan my escape very well, but the fact is that I had not planned it at all.

It was the end of June 1893, and I had been in Scotland for barely two weeks, a guest in a grand (if somewhat ominous, chilly, and underpopulated) country house where I had intended to remain for at least another month, along with my friend Miss Gabrielle Fox. Or, rather, my erstwhile friend. The thought of Gabrielle, who must by now have discovered my defection, made my stomach plunge, and I felt ill with nerves and unhappiness as I sat, shut in alone in my sleeping compartment while the night express rocked and swayed and rattled through the border country. I could ill afford the extra five shillings for a private compartment, but I had paid, because that is what a lady must do. Even though I did not expect to be able to sleep, I lacked the energy to remain as alert and vigilant as one must be in a third-class carriage against importunate strangers.

Gabrielle Fox, known to readers who follow the reports published by the Society for Psychical Research as “Miss X,” had been my closest companion for nearly four years. Although she had originally been my employer, by the time economic difficulties forced an end to that arrangement, a sympathetic understanding had developed, and our relationship became a partnership in which we shared work and its rewards equally. When she was hired by the SPR to conduct investigations into various types of supernatural phenomena or to test the claims made by mediums and spiritualists of all kinds, I went as her assistant and wrote up our findings for publication.

Then Miss Fox was put in charge of an official SPR investigation into a haunted house in Perthshire. Instead of being part of a larger team, she had absolute authority to decide how to conduct the affair, when or if to bring in experts (and of what sort), and was told expense was no obstacle. The house was turned over to us—the owner had gone abroad, leaving a small staff to manage the upkeep at our direction, a coach and horses also at our disposal.

Throughout the first week, although we were both aware of certain atmospheres—a cold spot in the hall; a room in which neither of us could bear to stay for more than a few minutes—and heard noises to which we could assign no source, there was nothing so definite as an apparition, nothing that might not be explained away as the product of imagination.

For the second week, Gabrielle invited others to join us, including a well-respected psychic medium, and planned a séance.

I never doubted her honesty; I had not the slightest reason to suspect she was planning any trickery. So I cannot explain why, on the morning of the day that our guests were to arrive, I felt driven to enter the drawing room, go to the heavy round table made of dark wood that we intended to use for our séance, and, crouching down on the carpet, look up at the underside of the table and run my fingertips across it.

Thus I discovered the thin wires with the hooked ends—so useful for making objects appear to move through the air—tucked away out of sight, attached to the wood with bits of wax, and other things hidden as well: long strips of the finest, lightest gauze; a piece of charcoal; a stick of chalk; a small rubber ball; a baby’s rattle.

These were not random objects, such as might have been secreted there by a visiting child. I knew their meaning and their purpose, for had I not seen these things, and others like them, used by the pretenders we had revealed to be fake mediums?

From the moment of this discovery, I undersood that I could no longer think “we” with reference to Miss Fox, for no one else could have hidden such things in this place. Whether she had done so in collusion with the medium who would be arriving later that day or with the intention of using them herself to create illusions of a ghostly haunting, I did not stay to learn.

While Gabrielle still slept in her room (she was by preference ever late in rising) I hurried up to mine and swiftly packed my bag. I knew that the carriage was to be sent to the station to meet the eleven fifteen train, and if I was quick enough, I could catch a lift.

I was, and I did, and from the local station took the next train bound for Edinburgh, and there boarded the night express to London.

There, shut in for the long hours of the night on a train speeding south, I had plenty of time to reflect, to regret my impulsive action; to reconsider and know I had done the right thing; and to make resolutions for the future. There was nothing else I could do.

Eventually, I fell into a restless sleep until the knocking of the porter woke me, as he announced: “Next stop, King’s Cross Station.”

I was back in London, which I still thought of as home, although I had nowhere to go. My sister was, at present, out of the country, and I knew that the furnished rooms that I had shared with Miss Fox, in a street near the British Museum, were now let to someone else. There were a few old friends who might have taken me in, but I did not wish to impose, certainly not by turning up on their doorsteps unannounced. Most of the people that I knew in this city I knew in connection with Miss Fox, and naturally I did not wish to approach them.

After paying the train fare I had little more than twelve shillings left in my purse. I had no bank account, no property, and nothing of any value that I might easily pawn or sell. My most urgent need was for gainful employment. Until I knew what my income would be, there was no point seeking lodgings.

I set off from King’s Cross Station for the ladies’ employment bureau in Oxford Street. It was a fine, dry, warm morning, so I went on foot, rather than spend any more of my limited funds on cab or omnibus fares.

The bag that had seemed light enough when I took it down from the train grew heavier with every step, until I was obliged to stop and set it down for a few moments. As I caught my breath and rubbed my aching arm just outside a newsagent’s shop in Gower Street, I casually read the notices on display in the window. Amid the descriptions of lost pets and offers of rooms to let, one gave me pause:

Consulting Detective Requires Assistant
Must be Literate, Brave, Congenial, with a Good Memory &
Willing to Work All Hours.
Apply in Person to:
Mr. J. Jesperson, 203A Gower St.

Why not? I had always enjoyed solving mysteries and had nothing to apologize for where brains, observation, and memory were concerned. The advertisement said nothing about the use of weapons or physical strength. After all, he was not looking for a bodyguard, but an assistant. 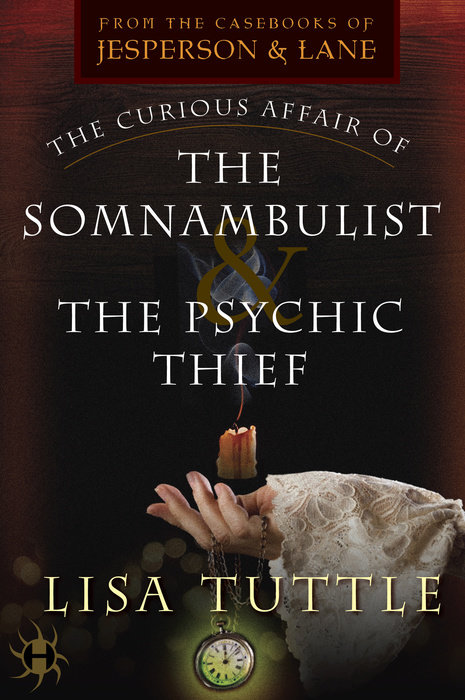