Occupied Paris, 1942. Just before he dies, a man being chased by the Gestapo hands off a strange-looking document to the unsuspecting novelist Paul Ricard. It looks like a blueprint of a part for a military weapon, one that might have important information for the Allied forces. Ricard realizes he must try to get the diagram into the hands of members of the resistance network.

As Ricard finds himself drawn deeper and deeper into anti-Nazi efforts and increasingly dangerous espionage assignments, he travels to Germany and along the escape routes of underground resistance safe houses to spy on Nazi maneuvers. When he meets the mysterious and beautiful Leila, a professional spy, they begin to work together to get crucial information out of France and into the hands of the Allied forces in London.

An excerpt from Under Occupation

Alone in the afternoon after school, then as a grown man, Ricard walked. Sometimes his eyes discovered a face he wanted to study, sometimes a shop window, displaying things which he would never own. But he hardly cared; what he wanted to do was walk. Perhaps it helped that he was walking in Paris, one of the great places in the world to walk, but Ricard as a boy and then as a man didn’t think about that, the monuments—cathedrals, fountains, sculptures of generals on horseback—all this was simply background scenery to Ricard.

So he walked, and became a writer. Because, while walking, his mind was everywhere. In Chicago, in Siam, in a boudoir as a lady undressed, at the circus, on a battleship, in the jungle with a native guide—“Sir! A lion!”—in the snows of Russia as one of Napoleon’s Corsican troopers, on New York’s Lower East Side with gangsters—“Louie, we gotta rub him out”—at the North Pole with explorers and sled dogs, lost at sea on a sailing ship. Where didn’t he go!

Different now. As he walked, Ricard thought about his life, his friends, the women he knew, money—Too much about money! Think of something else!—and the occupation, though that thought, like the occupation itself, oppressed him. Still it was there: strolling German officers with their French girlfriends, Vichy types with their lapel pins of the Francisque, the double-bladed battle-axe. The sight of such lapel pins inflamed his heart. All his life, Ricard had been a peaceable sort, conflict upset him, but now he would have to fight; he’d avoided, like most Frenchmen, the idea of resistance, avoided it for two years, waiting for rescue, waiting for the Americans, as people put it, but he couldn’t wait any longer because it would, in time, damage his soul. No, he told himself, he couldn’t just write something hostile about the Germans, he would need to do something.

Alan Furst, widely recognized as the master of the historical spy novel, is the author of A Hero of France, Midnight in Europe, Mission to Paris, and many other bestsellers. Born in New York, he lived for many years in Paris, and now lives on Long Island. 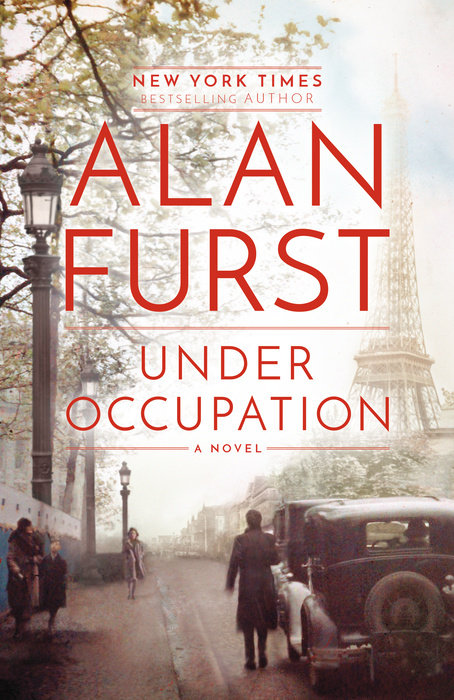