“Not only a brilliant historical tale, but a love song to all the ways our friendships carry us through the worst of times.”—Lisa Wingate, #1 New York Times bestselling author of Before We Were Yours

It is 1914, and the world has been on the brink of war so often, many New Yorkers treat the subject with only passing interest. Eliza Ferriday is thrilled to be traveling to St. Petersburg with Sofya Streshnayva, a cousin of the Romanovs. The two met years ago one summer in Paris and became close confidantes. Now Eliza embarks on the trip of a lifetime, home with Sofya to see the splendors of Russia: the church with the interior covered in jeweled mosaics, the Rembrandts at the tsar’s Winter Palace, the famous ballet.

But when Austria declares war on Serbia and Russia’s imperial dynasty begins to fall, Eliza escapes back to America, while Sofya and her family flee to their country estate. In need of domestic help, they hire the local fortune-teller’s daughter, Varinka, unknowingly bringing intense danger into their household.

On the other side of the Atlantic, Eliza is doing her part to help the White Russian families find safety as they escape the revolution. But when Sofya’s letters suddenly stop coming, she fears the worst for her best friend.

From the turbulent streets of St. Petersburg and aristocratic countryside estates to the avenues of Paris where a society of fallen Russian émigrés live to the mansions of Long Island, the lives of Eliza, Sofya, and Varinka will intersect in profound ways. In her newest powerful tale told through female-driven perspectives, Martha Hall Kelly celebrates the unbreakable bonds of women’s friendship, especially during the darkest days of history.

An excerpt from Lost Roses

It was a spring party like any other held in Southampton, with the usual games. Croquet. Badminton. Mild social cruelty. It took place at Mother’s house on Gin Lane, a sprawling white clapboard place surrounded by a swoop of tawny lawn, which eased down to meet the ocean. The Queen Anne cottage, known to most as Mitchell Cottage after Father’s people, stood with her sisters lined up along the treeless South Fork of Long Island, New York, like passengers on a ship deck facing out to sea.

If I paid more attention that day, maybe I could have predicted which of the boys who laughed over croquet wickets would soon die in the forests of Argonne or which women would exchange their ivory silk dresses for black crape. I wouldn’t have pointed to myself.

It was late May and too unseasonably cool near the ocean for a fete of any kind, but Mother insisted on sending our Russian friends, the Streshnayvas, off in style. I stood in the cool, wide living room at the back of the house. Like a steamship wheelhouse it provided the perfect view of the backyard through the picture window, the glass hazed with salt from the sea. It gave the scene a blurry look as guests drifted down the lawn to the dunes.

I felt two arms wrap around my waist and turned to find my eleven-­year-­old daughter, Caroline, already almost to my shoulder in height, her hair the color of summer hay and pulled back in a white ribbon. Her friend Betty Stockwell stood at her side, a complete opposite of Caroline, five inches shorter and already blossoming into a dark-­haired beauty. Though dressed in matching white dresses, they were as different as chalk and cheese.

Caroline held her arms fast around my waist. “We’re going to walk the beach. And Father says he’s sorry he dressed without your help this morning, but don’t deprive him of his Dubonnet.”

I smoothed one hand down her back. “Tell your father color-­blind men who insist on sneaking yellow socks into their wardrobes cannot be forgiven.”

Caroline smiled up at me. “You’re my favorite mother.”

She ran off across the lawn and down to the beach, past men who held on to their straw hats, their white flannel trousers flapping in the breeze. Ladies in canvas shoes and suits of cream linen over dainty lingerie shirtwaists turned their faces to the sun, back from places like Palm Beach, happy to feel northern breezes again. Mother’s suffragette friends, most outfitted in black taffeta and silk, lent dark contrast to the otherwise pale lawn, like strutting crows in golden flax.

Mother came and linked arms with me. “A bit chilly for a beach walk.” My seventy-­year-­old mother, Caroline Carson Woolsey Mitchell, referred to as “Carry” by her sisters, stood as tall as I did, six feet, a staunch New Englander sprung from ancient Yankee stock that had weathered as many heartaches as hurricanes.

I squinted to see my Henry, Caroline, and Betty already walking down the beach, the skirt of Caroline’s white dress wind-­puffed, as if ready to fly her skyward.

“They have their shoes off?” Mother asked. “I do hope they come in soon.”

The wind stirred whitecaps on the ocean as the three walked, heads bowed.

Mother wrapped her arms warm about me. “What do they even talk about, Caroline and Henry?”

“Everything. Lost in their own world.”

The breeze grabbed Henry’s straw boater, leaving his auburn hair shining in the sun, and Caroline darted to pluck it from the surf.

“How lucky she is to have a father who dotes on her,” Mother said.

She was entirely right, as always. But would Caroline be up coughing again half the night from the sea air?

Henry waved from the beach, like a castaway stranded on a desert island.

I waved back. “Henry will burn with his fair skin.”

Mother waved to Henry. “The Irish are so delicate.”

“I won’t be gone long.” Sofya and her family had been visiting from St. Petersburg for a month and I was due to travel back with them to St. Petersburg the next day.

“I do worry. Russia is so far. Saratoga is nice this time of year.”

“This may be my only chance to see Russia. The churches. The ballet—­”

“Keep your voice down, Mother.”

“They eliminated serfdom but the tsar’s poor are still enslaved.”

“I’ll go mad if I stay cooped up here. Caroline will be fine with Henry.”

For those who read the papers thoroughly, reporters predicted conflict with Germany, but the world had been on the brink of war so many times, many New Yorkers treated the subject with only passing interest.

She hurried off and I stepped out onto the terrace, the salt wind in my hair, into a polite stew of conversation punctuated by great thuds of surf and the occasional knock of a croquet mallet. I pushed through the crowd, squeezing past smooth silks and cashmeres, in search of my friend Sofya.

Mother’s and Father’s friends split into two distinct camps. Though Father had been dead and gone for a few years, Mother still included his friends in any gathering. He was once head of the Republican Party for New York and his friends reflected that: fellow lawyers and their wives, financiers, and the occasional self-­made tycoon.

Mother’s friends were decidedly more lively: actors and painters, suffragettes of all shapes and sizes, and several members of the international set from far-­off places that Father’s friends only gossiped about: Nairobi. Bangkok. Massachusetts.

To find the Russian contingent, I simply listened for raised voices, since they were a refreshingly raucous bunch, prone to heated discussion in a mix of French, English, and their native tongue at any time of day. I passed the Streshnayvas’ physician, Dr. Vladimir Leonidovich Abushkin, a squat, balding man wearing a lynx coat over his morning suit, chest to chest with Mother’s physician, Dr. Forbes.

“I don’t care what they do in St. Petersburg,” Dr. Forbes said, his face drawn and heavily joweled from years of late-­night deathbed visits and baby deliveries. “If you want a healthy child born, Sofya should not be traveling. She needs bed rest and calcium.”

Dr. Abushkin threw back his head. “Ha. Calcium. We have two months before the birth. She’s sound as a roach.”

“But she is at high risk. Two miscarriages. Extended travel is risky.”

I found the Russians gathered on the far end of the back terrace, around my actor friends: silver-­haired E. H. Sothern, kneeling on bended knee, and his wife Julia Marlowe. Julia addressed them all from my bedroom window above as she and E.H. performed the balcony scene from Romeo and Juliet, one of their most famous.

“’Tis almost morning; I would have thee gone—­” Julia called out, one arm stretched over the crowd, my bedspread around her shoulders.

The Russians watched the little play, wearing serious expressions, while the rest of the party milled about, immune to the greatest American Shakespearean actor and actress of their day, having seen them perform often. One might ask how Julia and E.H. at forty-­eight and fifty-­four years old played the famously pubescent couple, but one only had to experience them onstage to be convinced of their talent.

Julia finished the scene to enthusiastic applause and Russian hurrahs from the Streshnayvas. They were a jolly group out there on the terrace. Ivan, the patriarch, cousin to tsar Nicholas II, stood and surveyed the pounding surf, his shirtsleeves fluttering. A kind, trim man with a certain European flair, Ivan had met Henry years ago when my husband was a young fur buyer for Poor Brothers Dry Goods and Ivan represented the Russian trade board.

Ivan’s second wife, the countess, stood with a decidedly pregnant Sofya and her soldier husband, Afon, and described at length how she sent her personal linen from Russia to Paris to be laundered.

Most guests were well-­mannered enough not to gaze openmouthed, but the aging Russian beauty was a sight to behold, dressed in last year’s French couture and festooned with sable stole, ropes of pearls, and diamonds the size of which had never been seen before the dinner hour in Southampton.

Sofya caught my eye, smiled, and raised an eyebrow. Pregnancy suited her; it left her with a respectable expectant figure, unlike my own before I delivered Caroline and looked as if I carried a Shetland pony.

The countess ignored the brewing fight between the doctors and pulled a housemaid aside. “Fetch me a soda water, would you, and do remember the ice?”

The maid rushed off and the countess lit one hand on Sofya’s shoulder. “You really must sit. Think of your miracle child and how long you’ve waited, dear. And do stop eating or Afon won’t touch you after the baby is born.” 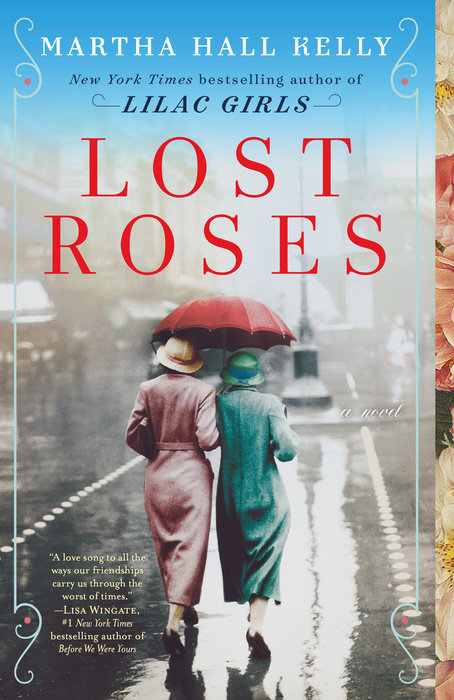