NEW YORK TIMES BESTSELLER • The unapologetic, laugh-your-ass-off military memoir both vets and civilians have been waiting for, from a five-tour Army Ranger turned YouTube phenomenon and zealous advocate for veterans

Members of the military’s special operations branches share a closely guarded secret: They love their jobs. They relish the opportunity to fight. They are thankful for it, even, and hopeful that maybe, possibly, they’ll also get to kill a bunch of bad guys while they’re at it. You don’t necessarily need to thank them for their service—the pleasure is all theirs.

In this hilarious and personal memoir, readers ride shotgun alongside former Army Ranger and private military contractor and current social media phenomenon Mat Best, into the action and its aftermath, both abroad and at home. From surviving a skin infection in the swampy armpit of America (aka Columbus, Georgia) to kicking down doors on the outskirts of Ramadi, from blowing up a truck full of enemy combatants to witnessing the effects of a suicide bombing right in front of your face, Thank You for My Service gives readers who love America and love the good guys fresh insight into what it’s really like inside the minds of the men and women on the front lines.

It’s also a sobering yet steadying glimpse at life for veterans after the fighting stops, when the enemy becomes self-doubt or despair and you begin to wonder why anyone should be thanking you for anything, least of all your service. How do you keep going when something you love turns you into somebody you hate? For veterans and their friends and families, Thank You for My Service will offer comfort, in the form of a million laughs, and counsel, as a blueprint for what to do after the war ends and the real fight begins.

And for civilians, this is the insider account of military life you won’t find anywhere else, told with equal amounts of heart and balls. It’s Deadpool meets Captain America, except one went to business school and one went to therapy, and it’s anyone’s guess which is which.

An excerpt from Thank You for My Service

Does Anyone Need a Hand?

As an Army Ranger and a [redacted] contractor, I had the honor and pleasure of spending some of the best years of my life defending what this country stands for. I did my thing in many different areas of several countries over the better part of a decade. I saw a lot of death. I made a fair share of it myself, dispatching our enemies to the netherworld with extreme prejudice by any means necessary. I wore the uniform with immense pride and deep admiration for those who had worn it long before me, including my father, a Vietnam-­era veteran. It was a privilege to be part of a military brotherhood that is second to none.

After leaving the Army following five combat deployments, I never thought I’d be able to replicate the relationships I built within that brotherhood. I assumed that whatever I did next couldn’t possibly offer the kind of camaraderie you develop by living and working with the same group of guys, in war zones and on military bases, day in and day out. Over the years, however, I’ve found ways to compensate for that in my personal life and in my professional life. Early on, if I was missing one of my boys, I’d just hop on a plane and crash on his couch without giving him a chance to warn his wife, like a good friend is supposed to. Later, to stay in touch, I’d start a group text and send a message like “Perfect 10” with a picture of Kim Jong Il’s bullet-­riddled face taped over the ten ring at my local shooting range, which would inspire them to send range pics of their own, partly to join in the fun and partly to pretend like they’re better shooters than me, which is just about as pointless an exercise as arguing on the Internet.

Eventually, though, as I moved on and moved around and some of those older relationships faded into the background, I realized that camaraderie isn’t something that only develops between people who’ve shared the same experience. It’s also possible to develop it with new people who share the same values and have had the same types of experiences. Guys from the military can work and connect with each other outside the military too. The service is not the only place where you can create bonds with guys who know what it means to sacrifice, to suffer, and to shit in places with no doors on them.

That isn’t why I ultimately started a clothing company or a liquor company or joined forces to build a coffee company called Black Rifle Coffee, but it is why my partners and I prioritize hiring veterans. We know that they’re looking for the same thing in the civilian world that we were: the ability to play with guns, dogs, and explosives while doing some good and keeping our health benefits in the process. Starting a business by veterans, for veterans, is probably the closest I will ever come to re-­creating the emotions I felt and the bonds I enjoyed during my time with the Army and the [redacted].

Now if only it could re-­create the one thing I have missed more than anything—­every waking moment of every day—­since I left the military: the thrill of war.

Silently hunting nature’s most formidable opponent while implementing years of training to execute a precision raid? Yes, please. High-­fiving some jihadi’s face into martyrdom with a suppressed AR-­15? That’s just a warm slice of freedom pie with an ice-­cold scoop of America on the side. Understanding the fragile, ephemeral nature of life and then being the one to snatch it away from some f***ing terrorist who hates you and wants to kill you and everyone you care about? It’s better than Chick-­fil-­A . . . and let’s face it, nothing is better than Chick-­fil-­A.

Yet the most satisfying kind of war story of all, karmically speaking, is when one of these dickless shitbirds suicide-­bombs himself into oblivion but fails to take anybody with him because he’s f***ing stupid. One night, deep in central Iraq on my final deployment, I had the great honor of watching the world’s worst terrorist work his special brand of magic.

Our target that night was a set of buildings that either housed or operated as a meeting place for an active cell of insurgents. When that many fighters gather in one place there’s usually a bunch of shit worth knowing about them, so our mission was to capture as many of them as we could for intelligence-­gathering purposes. We’d been watching these buildings through an ISR (Intelligence, Surveillance, Reconnaissance) drone feed for several hours prior to spinning up from base to confirm that everyone inside was a legitimate fighter, so by the time we got in the air, we knew there was a high probability that they possessed information worth . . . how should I put this . . . extracting? Yeah, the Department of Defense will like that word. I’m going with extracting.

The plan was to execute a basic offset infil, which means that the helicopters drop our teams about three to six kilometers from the target location so the enemy can’t hear us and we can use the cover of darkness to walk in and f*** their souls in the middle of the night. Everything was going according to plan on our flight into the HLZ (helicopter landing zone) when, wouldn’t you know it, the drone feed showed six enemy combatants run out from one of the buildings carrying AK-­47s, RPGs, and PKMs (belt-­fed machine guns). They jumped into a truck and took off.

In the military we have a name for guys like these—­enemy combatants who somehow catch wind of the twenty to twenty-­five inbound Americans and choose flight over fight. We call them “squirters” because they are usually holed up inside a juicy soft target where, if you apply enough consistent, vigorous pressure in just the right way, from the front or the rear, eventually something’s coming out. The only questions are how much, how fast, and in what direction?

Back at base, our drone operator re-­tasked the ISR to chase the squirters as we touched down, jumped out of the helicopter, and started hiking toward the target. About halfway there, we spotted their truck trying to outflank our element. Since they were mobile and we were on foot, our ground force commander immediately cleared an AC-­130 gunship to orient to their position and say hello with its 105mm howitzer shells and 40mm Bofors cannons.

A few minutes later, listening to the radio chatter in my capacity as a team leader, two facts soon became clear: (1) the AC-­130 had disabled the vehicle, displacing the combatants; and (2) my squad of nine men would reroute to find and handle them while the rest of the platoon headed to the target buildings.

I leaned in to my team.

“Just so you guys know, I guarantee most of them will still be alive when we clear through, so be ready,” I instructed. “Load your 40mm, and make sure you’re ready to get nasty.”

By this point in my service, I had been through enough combat that I didn’t f*** around anymore. If I thought there was a credible threat in front of us, we were going in like a Ruth’s Chris baked potato—­fully loaded—­and doming assholes. If I was pieing a hillside and I saw what looked like a dead body lying motionless in the brush, I would put one through its head just to be sure, because half the time the guy wasn’t dead at all. When you came up on his position, you’d discover that he was alive and armed, hoping you’d let your guard down. Or, if he was even more patient, he might wait till you got close enough and then blow himself up. After enough of those instances, there was no hesitation or cautious optimism left inside me. If they were known combatants, we made sure they were dead as we tidied up the mess they made.

Once we were all squared away, my squad slowly made its way to the squirters’ last known position. Distance-­wise it wasn’t far, but time-­wise you never knew how long it would take. The undulations of the Iraqi desert constantly messed with your depth perception, so when you were looking for something that you didn’t have a fixed position on, it almost always caught you by surprise when you finally found it.

Ten minutes in, we saw a flickering glow on the horizon. We’d all seen that glow before. Most of us on the squad had made that glow at one time or another. Vehicle fire. The glow guided our way, but we actually ended up hearing the vehicle before we saw it. The heat from the fire was cooking off all the 7.62 AK-­47 rounds still in the bed of the truck and the noise was echoing out in all directions.

Following the sound, we crested a berm and finally came upon the burning vehicle. The fire was so powerful that it had completely engulfed the truck and nearly whited out our night vision goggles. It also did that weird thing that fire does where it illuminates everything in the foreground but makes it impossible to see anything behind it. To avoid getting clipped by one of the combatants hiding in the blind spot, we organized our assault in a linear formation. This would also reduce the odds of getting fragged by the truck firing AK rounds in every direction like a drunk Decepticon. 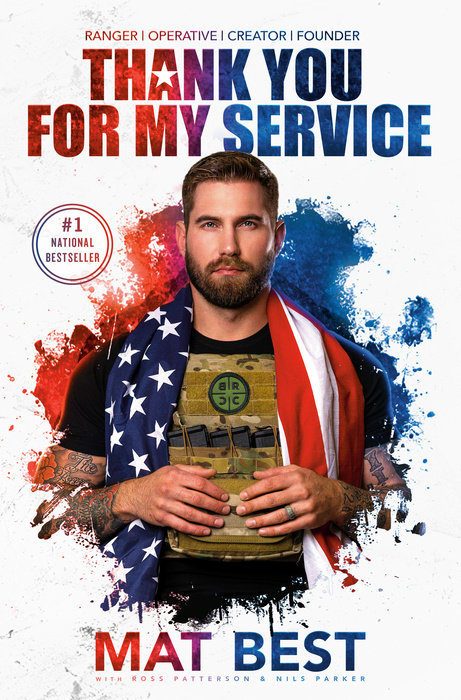