The Best (& Worst) Foods in America!

Indulge smarter with the no-diet weight loss solution. The bestselling phenomenon that shows you how to eat healthier with simple food swaps—whether you're dining in or out—is now expanded and completely updated.

Did you know that if you're watching your waistline, a McDonald's Big Mac is better than a Five Guys Cheeseburger? Or that the health promise of the Cheesecake Factory's Grilled Chicken and Avocado Club is dubious? Or that when shopping for condiments, the real winner is Kraft mayo with olive oil instead of Hellman's “Real?”

Reading ingredient labels and scrutinizing descriptions on menus is hard work, but with side-by-side calorie and nutrition comparisons and full-color photos on every page, Eat This, Not That! makes it easy! Diet guru Dave Zinczenko goes aisle-by-aisle through every major American staple—from frozen foods, cereals, and sodas, to the dairy cases, international foods, and the produce aisle—as well as every chain and fast food restaurant in the country to pick the winners and losers. You'll find more than 1,250 slimming and often surprising swaps, a helpful list of the “worst foods in America” by category, plus testimonials from real people who lost weight simply by consulting Zinczenko's easy-to-follow advice.

Now the book that changed the way Americans choose meal ingredients, food brands, and menu options is completely updated—and it'll help satisfy both the appetite and diet goals of even the hungriest reader!

An excerpt from Eat This, Not That (Revised)

To the 8 million men and women who have made Eat This, Not That! a publishing phenomenon and who have spread the word to friends and relatives about the importance of knowing what’s really in our food. Because of your passionate efforts, food manufacturers and restaurant chains are waking up to the fact that more and more of us demand good, solid information about our food, and healthy choices that will let us drop pounds and stay lean for life.

And to the men and women working in America’s fields, farms, and supermarkets, waiting tables, and toiling in kitchens everywhere: It is because of your hard work that Americans have so many options. This book is designed to help us choose the best of what you’ve created.

Welcome to the Future of Food

If a coterie of science fiction writers had gotten into a room 40 years ago and imagined what 2020 would look like, what would they have thought up?

Flying cars? We’re not there yet. Teleportation? Still waiting. Cure for the common cold? They’re working on it. Food appearing out of nowhere at the touch of a button?

Ah. Bingo. The time it takes to go from “I’d like a hamburger” to “That was a delicious hamburger” has shrunk exponentially from the time of our great-grandparents, who had to tramp through snow to the butcher shop, lug home a pound of chuck, grind it, and fry it up themselves. Even our own parents, back in the dark ages of the last millennium, had to rummage around for a menu, make a phone call (from their house!), and then wait 40 minutes for dinner to show up. Today, you can accidentally butt dial a burger from your GrubHub app. Problem solved!

But one person’s paradise is another’s purgatory, and all the super-convenient food delivery apps and restaurant reservation sites and proliferating juice and smoothie bars—where food is reduced to the most quickly consumed form possible—have only served to speed the race of calories into our bodies. I envy Great-Grandma and the muscles she built grinding that chuck steak and chopping those vegetables. Today, we just drink our lunch—and then go to the gym to work up some calorie burn because life is so damn convenient.

Consider this: When I wrote the Eat This Not That! Restaurant Survival Guide, in 2010, I reported
on how Americans were getting 33 percent of their calories from outside the home—up from less than 20 percent in the 1980s. And it’s not just because we’re spending more time in restaurants.

The Great Recession changed the way we eat. When everyone was too worried about the future to book that trip to the Bahamas, we instead looked to little indulgences to feed our passions. And one of the places we indulged ourselves was food. Look at how our food is behaving differently.

It’s Driving to Us!
The food truck industry has grown by 12 percent each year since 2009—again, perhaps in part as a response to the recession. Eating indulgent food, eating more local, and eating on the go—especially when lunch hours are squeezed and bosses are angsty—are three trends that coalesce around the idling food truck. America’s 3,900 food trucks take in $804 million in revenue, but some analysts see this as a $2.7 billion industry within the decade.

It’s Getting Baked Beforehand
Does it count as “food shopping” if you go to a supermarket and buy a takeout dinner there, instead of at a takeout joint? More and more, supermarkets aren’t selling us fixin’s, they’re selling us food that’s already been fixed. Every year, Americans swing by the grocery store and pick up 450 million rotisserie chickens; in one year alone, Costco sold 68 million of them.

That’s a trend that’s only going to grow. According to one survey, 78 percent of millennials brought home prepared foods from the supermarket in the last month. Only 57 percent of seniors did the same. As our cooking skills erode, so too does our ability to control exactly what it is we’re eating.

It’s Coming at Us Through Our Phones!
Sixty-nine percent of Americans have used a mobile device to order delivery food. The growth of GrubHub and other delivery apps has made ordering takeout so simple that there’s no reason to go through the hassle and inconvenience of trekking to the grocery store and buying food—even if someone’s already cooked it for you.

And Then Going Back Out Through Our Phones!
Sharing and collecting images of our meals has become a national pastime—one in four Americans say they photograph their meals. In a one-month survey of social media users, 29 million Americans posted a photo of their meal at a restaurant. Pinterest reports that food-related content is its top category, with 57 percent of users posting food shots. One food industry report showed that over a two-week period, Instagram users posted 48,000 photos from just 30 of the nation’s top restaurants. And once our friends start sharing their awesome restaurant meals, it makes us wonder why we should bother slaving over a hot stove.

It’s Showing Us to Our Tables Faster
Gone are the days when you had to call five different restaurants to find an open reservation, and then slip the maître d’ 20 bucks to get a decent table. Today, one in five restaurant reservations are made online, up from just 12 percent a few years ago.

The Best (& Worst) Foods in America! 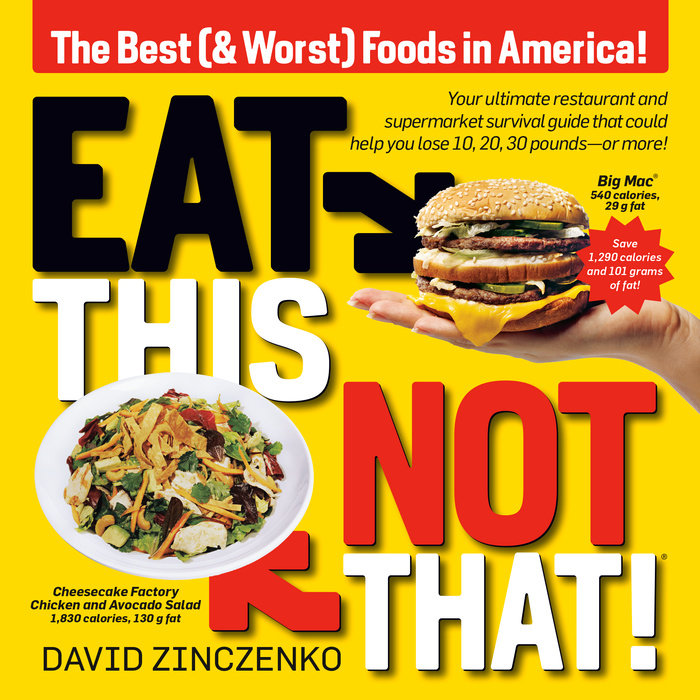