An “electrifying [and] compulsively readable” new translation of the Gospels, destined to become a definitive edition of these canonical texts, from “one of our greatest living translators” (The Christian Science Monitor)

“For anyone wanting to read the Gospels anew . . . a welcome and challenging companion.”—The New Yorker

Since nearly two millennia ago, the first four books of the New Testament have been formative texts for the modern world.

The Gospels of Matthew, Mark, Luke, and John tell of the life and ministry of Jesus. These four separate versions of the same story show complex origins, intricate interweavings, and inherent contradictions.

Faithfully pointing the reader back to the original Greek, this masterful new translation from the renowned scholar and acclaimed translator Sarah Ruden is the first to reconsider the Gospels as books to be read and understood on their own terms: grounded in contemporary languages, literatures, and cultures, full of their own particular drama, humor, and reasoning, and free from later superimposed ideologies.

The result is a striking and persuasive reappraisal of the accounts of these four authors, and presents a new appreciation of the ancient world as the foundation of our modern one. This robust and eminently readable translation is a welcoming ground on which a variety of readers can meet, and a resource for new debate, discussion, and inspiration for years to come.

An excerpt from The Gospels


As a Quaker—a member of perhaps the least theological, most practical religious movement in the world—I’m supposed to be open to looking first at a thing in itself, whether it’s a head of Swiss chard, money, a gun, a book, a belief, or anything else. As a Quaker translator, I would like to deal with the Gospels more straightforwardly than is customary, to help people respond to the books on their own terms. Yet never before, in nearly forty years of translating, have I found texts so resistant to this purpose.

But first of all, what are the Gospels? Scholars of ancient literature (I’m one of those too), who are used to classifying works within well-defined categories (known as genres), tend to feel that the Gospels are not quite like anything else. This is signaled by their shared name. In the original Koinē (“Common”) dialect of these Greek texts, the title that emerged is euaggelion (the double g is pronounced ng), meaning “good news.” Our word “Gospel” comes from an Old English word for that, and “Gospels” is used in the title of this book and in all parts of the book outside the translations themselves, in order to avoid confusion.

The title is unusual in being so general. Ancient books normally got their permanent names (a process that might take some time) from the author’s (or purported author’s) name or other designation, or from the subject matter or the form of the writing. Ezekiel, Kings, and Proverbs are biblical examples. In contrast to all this, “good news” is extremely broad and confident, as if four short narratives carry a revelation sweeping aside all others.

The four texts are differentiated up front by authorial names, as “the good news according to” Matthew, Mark, Luke, and John, but that is not the usual way of ascribing authorship in antiquity. People were normally considered to have composed works, with far-reaching originality, even if they happened to credit the Muses, another deity, or the literary tradition itself, and even if the name of the author is a prestigious pseudonym. But the four “evangelists,” or good-news-ists, are presented right away, by that “according to” wording in the Gospel titles, more as four witnesses to the same events, or as four messengers bringing different reports on these.

Their role in this is startlingly impersonal by comparison. Perhaps the most similar of the major fields of pagan literature, historiography and biography, saw authors regularly vouching for their own reliability: “I was there,” or “I reported in this way, for these reasons,” or just “These are the principles I bring to this task.” (The comic writer Lucian, of the second century c.e., was so sick of these conventions that in the preface to his True History he boasts, in the conventional style, of writing pure lies out of empty-headed conceit.) Long stretches of the Hebrew Bible can seem rather detached, but Hebrew prophets and other scriptural authors and speakers are preoccupied by their qualifications to purvey divine messages, or perhaps this preoccupation was written into the text by others.

In contrast, with the exception of the fourverse introduction to Luke and the last two verses of John, the Gospels’ writerly point of view is omniscient with a vengeance. In fact, as far as we know, none of the texts was even attributed to a specific writer until around the end of the second century—that is, about a century after the latest Gospel, John’s, appeared: for all the time intervening, apparently, all four works could do without the normal clear signal of a controlling human “voice” in the background. Mark and Luke the persons are so obscure as to appear only in the titles of “their” Gospels.

Of course, eyewitness testimony, at whatever remove, was vital to the existence of the Gospels; strong oral traditions helped to form them. Two of the versions, “Matthew” and “John,” carry names of Jesus’ followers who appear (in flashes) as actors in the narrative; but claims that they were the actual authors are far-fetched, serving mainly to promote these texts as direct, if reverently passive, testimonies to Jesus’ mission. Mark and Luke, particularly because of their association with the spread of proto-Christianity, are better candidates for having had styluses in hand. A John Mark is named in the New Testament Acts of the Apostles (covering about thirty years after Jesus’ death) in connection to another original follower of Jesus, Simon or Peter. Luke, an associate of the early missionary Paul, was quite probably the author of the Gospel credited to him as well as of Acts. (The Pauline letters, or Epistles—some genuine, some pseudonymous—are discursive works that counterbalance in the New Testament the mainly narrative Gospels and Acts.)

In the Gospels’ content, the contrast is even sharper. In these new works, there is really only one figure, and only one voice. Just to consider the realm of scripture, the Hebrew Bible contains a variety of compelling personalities, sometimes shown in intricate counterpoint to one another. But in the Gospels no one is essential but Jesus. (The name is a later form of Joshua, the Hebrew Bible hero of the conquest of Canaan.) Very nearly everyone else who speaks and moves in the texts does so only in relation to him and is defined by the degree of either fervor for or opposition to him. Until the crucifixion, he is largely above opinions and events, choosing purposes, companions, and destinations for no stated reason and performing a widely varying set of miracles with an odd mix of publicity and (mostly ignored) requests for secrecy, most of the time without the traditional prophetic crediting of God; the most frequent basis cited is that the beneficiary had faith in himself, Jesus. He enjoys hospitality without asking for it and eludes violence without effort. He appropriates even expensive conveyances—on several occasions a boat, and one day a beast that is probably a donkey in all four Gospels—without consequence.

He also hovers outside an author’s responsibility, though he discourses very often. He can be almost whimsical in his assertions. He answers many questions analogically, cryptically, not at all, or with a joke or a scolding. He preaches about the fate of the world and of individuals through stories that sometimes baffle even his own followers, and he occasionally states that the obscurity is deliberate. What is clearly set out in one Gospel may be contradicted in another, or even in another passage of the same Gospel.

Judaism of course had its established modes of public discourse, but they appear to have been circumscribed by clear purposes. Jews learned from experts how to conduct their lives by the scriptures’ precepts; in the early first century c.e., the Pharisee sect was active and influential in this domain. There were also intellectual debates and metaphysical tenets arising from the scriptures; the elite Sadducees seem to have been more at home here, but it was far from an exclusive magisterium within Judaism. Near at hand to Judea, the Jewish community in Egyptian Alexandria had long been enthusiasts for pagan literature and philosophy, and for syncretic innovation. For comfort and inspiration during these harrowing times for the Jews, there were visions of the end of the present world and the triumph of God’s kingdom, a strain of thought called apocalyptic and associated particularly with the Essenes, who formed purist devotional communities to prepare themselves to face the final judgment. Jesus’ words in the Gospels reflect influences from all over this religious world around him but never allow him to be pinned down. The composite Jesus can in fact appear ambivalent on a subject as important as the applicability of Jewish law: he tends to advocate for a more moralistic development of it, but also to denounce the religious authorities responsible for enforcement. If his own person is somehow an alternative for enforcement, then it is problematic that this person himself is so elusive.

As to this very elusiveness, a possible pagan contributor was the Cynic diatribe, which was a contrarian and countercultural performance (the rough ancient equivalent of stand-up comedy); popular Stoic and Epicurean discourse can also partake of the contrarian, and in this can sound a little like Jesus. In the Gospel of John, his rhetoric can on occasion sound positively Sophistic, with rapid one-upmanship on the verbal level. Who is this speaking?

But with a crash, Jesus’ arrest, trial, flogging, and brutal execution break the impression of arrogance and mercurial impenetrability resembling God’s. The resurrection restores the impression; in fact, the mystery is redoubled. This was the purpose all along—but why? Since he does not answer, there is no real answer—because the Gospels are not about Jesus; they are Jesus. A normal kind of explication is in himself or nowhere, so it is nowhere. 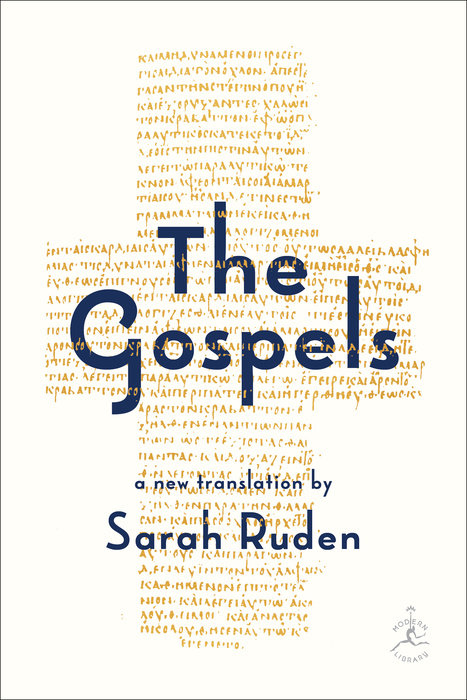