A shocking discovery on a honeymoon in paradise changes the lives of a picture-perfect couple in this taut psychological thriller from the author of Mr. Nobody and The Disappearing Act.

If you could make one simple choice that would change your life forever, would you?

Erin is a documentary filmmaker on the brink of a professional breakthrough, Mark a handsome investment banker with big plans. Passionately in love, they embark on a dream honeymoon to the tropical island of Bora Bora, where they enjoy the sun, the sand, and each other. Then, while scuba diving in the crystal blue sea, they find something in the water. . . .

Could the life of your dreams be the stuff of nightmares?

Suddenly the newlyweds must make a dangerous choice: to speak out or to protect their secret. After all, if no one else knows, who would be hurt? Their decision will trigger a devastating chain of events. . . .

Have you ever wondered how long it takes to dig a grave?

Wonder no longer. Catherine Steadman’s enthralling voice shines throughout this spellbinding debut novel. With piercing insight and fascinating twists, Something in the Water challenges the reader to confront the hopes we desperately cling to, the ideals we’re tempted to abandon, and the perfect lies we tell ourselves.

An excerpt from Something in the Water

Have you ever wondered how long it takes to dig a grave? Wonder no longer. It takes an age. However long you think it takes, double that.

I’m sure you’ve seen it in movies: the hero, gun to his head perhaps, as he sweats and grunts his way deeper and deeper into the earth until he’s standing six feet down in his own grave. Or the two hapless crooks who argue and quip in the hilarious madcap chaos as they shovel frantically, dirt flying skyward with cartoonish ease.

It’s not like that. It’s hard. Nothing about it is easy. The ground is solid and heavy and slow. It’s so fucking hard.

And it’s boring. And long. And it has to be done.

The stress, the adrenaline, the desperate animal need to do it, sustains you for about twenty minutes. Then you crash.

Your muscles yawn against the bones in your arms and legs. Skin to bone, bone to skin. Your heart aches from the aftermath of the adrenal shock, your blood sugar drops, you hit the wall. A full-­body hit. But you know, you know with crystal clarity, that high or low, exhausted or not, that hole’s getting dug.

Then you kick into another gear. It’s that halfway point in a marathon when the novelty has worn off and you’ve just got to finish the joyless bloody thing. You’ve invested; you’re all in. You’ve told all your friends you’d do it, you made them pledge donations to some charity or other, one you have only a vague passing connection to. They guiltily promised more money than they really wanted to give, feeling obligated because of some bike ride or other they might have done at university, the details of which they bore you with every time they get drunk. I’m still talking about the marathon, stick with me. And then you went out every evening, on your own, shins throbbing, headphones in, building up miles, for this. So that you can fight yourself, fight with your body, right there, in that moment, in that stark moment, and see who wins. And no one but you is watching. And no one but you really cares. It’s just you and yourself trying to survive. That is what digging a grave feels like, like the music has stopped but you can’t stop dancing. Because if you stop dancing, you die.

So you keep digging. You do it, because the alternative is far worse than digging a never-­ending fucking hole in the hard compacted soil with a shovel you found in some old man’s shed.

As you dig you see colors drift across your eyes: phosphenes caused by metabolic stimulation of neurons in the visual cortex due to low oxygenation and low glucose. Your ears roar with blood: low blood pressure caused by dehydration and overexertion. But your thoughts? Your thoughts skim across the still pool of your consciousness, only occasionally glancing the surface. Gone before you can grasp them. Your mind is completely blank. The central nervous system treats this overexertion as a fight-­or-­flight situation; exercise-­induced neurogenesis, along with that ever-­popular sports mag favorite, “exercise-­induced endorphin release,” acts to both inhibit your brain and protect it from the sustained pain and stress of what you are doing.

Exhaustion is a fantastic emotional leveler. Running or digging.

Around the forty-­five-­minute mark I decide six feet is an unrealistic depth for this grave. I will not manage to dig down to six feet. I’m five foot six. How would I even climb out? I would literally have dug myself into a hole.

According to a 2014 YouGov survey, five foot six is the ideal height for a British woman. Apparently that is the height that the average British man would prefer his partner to be. So, lucky me. Lucky Mark. God, I wish Mark were here.

So if I’m not digging six feet under, how far under? How deep is deep enough?

Bodies tend to get found because of poor burial. I don’t want that to happen. I really don’t. That would definitely not be the outcome I’m after. And a poor burial, like a poor anything else really, comes down to three things:

In terms of time: I have three to six hours to do this. Three hours is my conservative estimate. Six hours is the daylight I have left. I have time.

I believe I have initiative; two brains are better than one. I hope. I just need to work through this step by step.

And number three: care? God, do I care. I care. More than I have ever cared in my entire life.

Three feet is the minimum depth recommended by the ICCM (Institute of Cemetery and Crematorium Management). I know this because I Googled it. I Googled it before I started digging. See, initiative. Care. I squatted down next to the body, wet leaves and mud malty underfoot, and I Googled how to bury a body. I Googled this on the body’s burner phone. If they do find the body . . . they won’t find the body . . . and manage to retrieve the data . . . they won’t retrieve the data . . . then this search history is going to make fantastic reading.

Two full hours in, I stop digging. The hole is just over three feet deep. I don’t have a tape measure, but I remember that three feet is around crotch height. The height of the highest jump I managed on the horse-­riding vacation I took before I left for university twelve years ago. An eighteenth-­birthday present. Weird what sticks in the memory, isn’t it? But here I am, waist-­deep in a grave, remembering a gymkhana. I got second prize, by the way. I was very happy with it.

To reiterate: digging a grave is very hard.

Just to put this into perspective for you, this hole, my two-­hour hole, is: 3 ft x 2 ft x 6 ft, which is 36 cubic feet of soil, which is 1 cubic meter of soil, which is 1.5 tons of soil. And that—­that—­is the weight of a hatchback car or a fully grown beluga whale or the average hippopotamus. I have moved the equivalent of that up and slightly to the left of where it was before. And this grave is only three feet deep.

I look across the mud at the mound and slowly hoist myself out, forearms trembling under my own weight. The body lies across from me under a torn tarpaulin, its brilliant cobalt a slash of color against the brown forest floor. I’d found it abandoned, hanging like a veil from a branch, back toward the layby, in quiet communion with an abandoned fridge. The fridge’s small freezer-­box door creaking calmly in the breeze. Dumped.

There’s something so sad about abandoned objects, isn’t there? Desolate. But kind of beautiful. I suppose, in a sense, I’ve come to abandon a body.

The fridge has been here a while—­I know this because I saw it from the car window as we drove past here three months ago, and nobody has come for it yet. We were on our way back to London from Norfolk, Mark and I, after celebrating our anniversary, and here the fridge still is months later. Odd to think so much has happened—­to me, to us—­in that time, but nothing has changed here. As if this spot were adrift from time, a holding area. It has that feel. Perhaps no one has been here since the fridge owner was here, and God knows how long ago that might have been. The fridge looks distinctly seventies—­you know, in that bricky way. Bricky, Kubricky. A monolith in a damp English wood. Obsolete. Three months it’s been here at least and no collection, no men from the dump. No one comes here, that’s clear. Except us. No council workers, no disgruntled locals to write letters to the council, no early morning dog walkers to stumble across my quarry. This was the safest place I could think of. So here we are. It will take a while for it all to settle, the soil. But I think the fridge and I have enough time.

I look it over, the crumpled-­tarp mound. Underneath lie flesh, skin, bone, teeth. Three and a half hours dead.

I wonder if he’s still warm. My husband. Warm to the touch. I Google it. Either way, I don’t want the shock.

Okay, the arms and legs should be cold to the touch but the main body will still be warm. Okay then.

I take a long, full exhalation.

I don’t know why, but I clear his burner phone’s search history. It’s pointless, I know; the phone’s untraceable and after a couple of hours in the damp October ground it won’t work anyway. But then, maybe it will. I place the burner back in his coat pocket and slip his personal iPhone out of his chest pocket. It’s on airplane mode.

I look through the photo library. Us. Tears well and then streak in two hot dribbles down my face.

I fully remove the tarp, exposing everything it conceals. I wipe the phone for prints, return it to its warm chest pocket, and brace my knees to drag.

I’m not a bad person. Or maybe I am. Maybe you should decide?

But I should definitely explain. And to explain I need to go back. Back to that anniversary morning, three months ago. 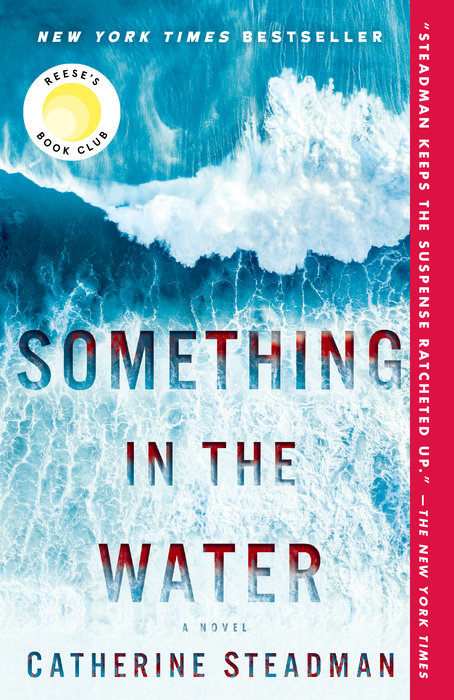