When the stakes are this high, it’s game on. . . . “Kelly Jamieson is an auto-buy for me.”—New York Times bestselling author Carly Phillips

Cam Brickley and his pro hockey teammates bet on everything: who can win five faceoffs in a row, who can do forty pushups in less than a minute, who can eat a ghost pepper without puking. But when his buddies bet him he can’t date the same woman—like, say, the hot blonde over at the bar—for two months and not fall in love, he’ll take that bet all day. Then he’ll laugh all the way to the hockey arena, where they’ll be washing his jock straps for the rest of the season, because Cam’s never giving up his bachelor lifestyle.

Olivia Lockwood, heiress to the Lockwood Industries fortune, is used to people using her for her money and family connections. When Cam Brickley hits on her in a club, Olivia’s first instinct is to brush him off. But he couldn’t be using her for her money, since he has more than enough of his own. Cam’s gorgeous and built, and it would be no hardship to go out with him . . . besides, he’d be the perfect spokesperson for the children’s charity she works with. Maybe it’s time for her to start using people.

Cam and Olivia are both in it for something. What they don’t know yet is that they’re playing for keeps.

Advance praise for Game On

“Kelly Jamieson does it again with another ice-melting read. Game On is all that!”—New York Times bestselling author Heidi McLaughlin

“Scorching hot and so much fun!”—Jessica Lemmon, bestselling author of the Real Love series

“I love the Aces so much. . . . Another fabulous Aces book . . . about taking chances and the rewards you can gain when you open your heart.”—We Live and Breathe Books

“There is no denying the chemistry between Cam and Olivia—it is seriously kindle-melting hot! . . . I will definitely be going back to read the other books in the series.”—The Little Bookworm

An excerpt from Game On

“You don’t really use those lines, do you?” I had to smile back at him, his grin infectious. Heat zoomed low in my belly, attraction buzzing through my veins.

It could have been cocky, and maybe it was a bit, but he said it in such a matter-of-fact way, I believed him.

Then I recognized him. Cam Brickley. He played for the Chicago Aces, our local NHL team. I wasn’t a huge hockey fan, but I liked most sports and enjoyed going to games a few times a year.

No wonder he didn’t have to pick up girls.

Why was this big-time pro athlete hitting on me? Whoa, whoa, wait . . . that was something my sister and mom had programmed into my brain. There was no reason someone like him shouldn’t be hitting on me.

I was done with men, especially after what I’d just gone through with Jason. Which sadly hadn’t been that different than any of the other guys I’d dated in the last few years. In my experience, men weren’t interested in me for who I was . . . they were interested in me because of who my family was, especially my dad, and because of my sizable trust fund.

“What makes me the lucky one?” I asked dryly.

His slow smile melted my panties. “Must be something wrong with my eyes. I couldn’t take them off you.”

“Good one.” Especially the way he looked at me, with heat and interest . . . as if he really couldn’t take his eyes off me.

I studied him again, still not sure what was happening here, trying to figure out if that was another pickup line.

“Yeah. They’re one of my favorites. That’s why we came here tonight.”

“Oh yeah? So you’ve seen them before?”

“Cool. I’ve been here before but haven’t seen them. How about the next band? Do you know them?”

“Ah.”
I hesitated before introducing myself. Ah, why not? “I’m Olivia.” We shook. His hand was big and warm. Strong.

He smiled again, and my belly fluttered. “Well, since my line didn’t work, I just want to tell you that I think you’re gorgeous, and I’d love to get to know you better. If you want to have a drink and talk, I’ll be over there.” He gestured back to his friends. “Your friends can join us too, if you want.”

Gorgeous. Well. The compliment felt sincere, and it made my heart quiver. And inviting all of us to join them was certainly not threatening or creepy. He was leaving it up to me.

“Great.” He flashed that winsome smile again and sauntered away.

As soon as he was out of earshot, my friends (and co-workers) Paisley and Julia moved in.

“Who was thaaaaat?” Paisley gripped my forearm.

Julia and Paisley both gaped at me. “Shut up!”

I shrugged, excitement doing a little dance in my belly. I tucked some hair behind one ear. “Seriously.”

“Oh my God!” Julia practically jumped up and down.

My other friend Noah rejoined us then. “What’d I miss?”

“Cam Brickley was just trying to pick up Olivia!”

“Um, he invited us all to join him and his friends.” My gaze slid back and forth among them.

I blinked. “What? Oh. This afternoon. Yeah. Ohhhhhh.”
These three were my best friends, but technically, I was their boss at Move On Chicago, a nonprofit organization I’d started three years ago. In a meeting earlier today, Paisley, our development manager, whose job was raising funds and building relationships to help grow the organization, had reported to us on her recent efforts to attract a prominent local spokesperson. Nobody from the Chicago Cubs or the White Sox or the Bears had called us back.

I glanced over at the table of guys. Were they all hockey players? I recognized Olaf Pilkvist because of his pale blond hair. The three other men there were harder to place this far away, and two had their backs to me.

Cam Brickley was good-looking. Charming. A pro athlete with what appeared to be some personality. He’d be a perfect spokesperson for Move On Chicago. Kids would love it . . . boys, girls, all ages.

“Yeah.” I cast another glance at Cam Brickley.

Move On Chicago had grown quickly, but lately things had stagnated. I was passionate about our mission—promoting the health and wellness of Chicago youth through organized running programs—but passion didn’t pay the bills or increase the programs we could offer. Or even keep the existing programs going, for that matter.

Recently we’d gone after a big grant and had lost out on it, after months of working on the proposal. Our donations had dwindled the last two months in a row, and the big companies we’d approached about partnering with us hadn’t even bothered to respond.

It would break my heart if we had to let down a bunch of kids who’d committed to doing something that would improve their lives.

I nibbled my bottom lip.

We’d talked about recruiting a celebrity who wasn’t a sports star, maybe even one of my family’s prominent business contacts, but an athlete fit so much better with our mission.

Cam’s head didn’t move, but I felt him looking at me. Even at that distance, our gazes locked. Great. He caught me staring at him. Heat flashed over me. Maybe this was worth a shot. “Okay, let’s go join them.”

“Let’s get drinks first. Otherwise they’ll think we want them to buy us drinks.”

Paisley’s mouth twisted. “Okay. But I wouldn’t mind them buying me a drink. Just sayin’.”

“They could all be married,” I said, turning to the bar.

“Ugh. Why would he hit on you if he’s married?” Paisley moved beside me.

“Not all men are cheaters.” Noah nudged my shoulder on the other side of me.

He shook his head, and we ordered another round of drinks. With glasses in hand, we moved through the tables to the one where Cam sat. The skyscrapers across the river sparkled in the darkness outside the big glass window. In the summer, this glass wall opened onto a big patio that overlooked the river.

Cam looked up and saw us approach, and his smile reached down inside me. My belly fluttered in response.

“Hi. We decided to take you up on your invitation to join you.”

Chairs were in short supply, with every table full, which was why we’d been standing at the bar. But with a smile and a question to those sitting near us, he had two more chairs. Then he disappeared briefly and returned with a man in black pants, white shirt, and tie who was carrying two more chairs.

We arranged ourselves and made introductions, and I sensed that Cam’s tablemates weren’t excited about us joining them. I mean, they were all polite and friendly, but they weren’t flirting. Not that they’d flirt with Noah.

Although, who knew? Anyway. I recognized all the names . . . Chase Hartman, Eric Barclay, James Baumgartner, and, yes, Olaf Pilkvist. As for being single . . . everyone in the world knew that Chase was dating Jordyn Banks. The others I wasn’t sure about.

Cam had ensured I was sitting next to him, and he leaned closer. “So, Olivia, besides being gorgeous, what do you do for a living?”

One corner of my mouth lifted in response to his flirting. I wanted to roll my eyes, but resisted. “I run a nonprofit. Move On Chicago.”

“We’re still pretty small. But we’re growing.” I gestured at my friends. “We all work there. I’m the executive director. Julia is communications manager, Noah is deputy director, and Paisley’s the development manager.”

“We’re working to get kids moving. Running, mostly, because it’s cheap and easy. We work with a bunch of schools.”

“Obviously.” I picked up my daiquiri. “Since you’re a professional athlete.”

I felt the others’ anticipation of me saying something, asking him to be involved. But I hesitated.

I had experience being used for what I could do for people. Maybe it was time I toughened up and learned how to use that experience in ways that would benefit me.

Although, benefiting Move On Chicago wasn’t really benefiting me. It was helping kids.

The next band started their set, which made talking difficult, so we all turned our attention to the low stage. I was super aware of Cam beside me though, his big shoulder brushing mine when he reached for his beer, the smile he flashed me when we applauded a song. 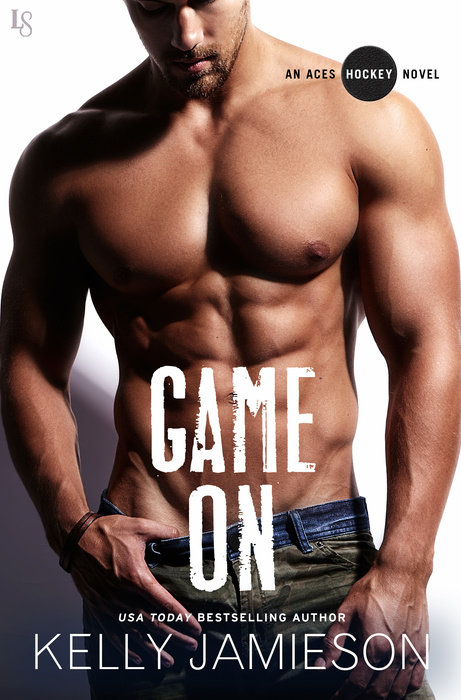