Two tortured musicians inspire each other to risk their hearts in this edgy and emotional novel.

“Riven is the romance you must read next. You’re welcome.”—Suzanne Brockmann, New York Times bestselling author of Some Kind of Hero

Theo Decker might be the lead singer of Riven, but he hates being a rock star. The paparazzi, the endless tours, being recognized everywhere he goes—it all makes him squirm. The only thing he doesn’t hate is the music. Feeling an audience’s energy as they lose themselves in Riven’s music is a rush unlike anything else . . . until he meets Caleb Blake Whitman. Caleb is rough and damaged, yet his fingers on his guitar are pure poetry. And his hands on Theo? They’re all he can think about. But Caleb’s no groupie—and one night with him won’t be enough.

Just when Caleb is accepting his new life as a loner, Theo Decker slinks into it and turns his world upside-down. Theo’s sexy and brilliant and addictively vulnerable, and all Caleb wants is another hit. And another. That’s how he knows Theo’s trouble. Caleb can’t even handle performing these days. How the hell is he going to survive an affair with a tabloid superstar? But after Caleb sees the man behind the rock star, he begins to wonder if Theo might be his chance at a future he thought he’d lost forever.

Roan Parrish’s pitch-perfect Riven novels can be read together or separately:
RIVEN | REND

“[Roan] Parrish may well break readers’ hearts with this deeply felt, perfectly paced contemporary. . . . The author’s sensitive portrait of an addict in recovery adds depth and layers to the story. . . . Generous and tender in all the right ways.”—Publishers Weekly

“Riven has it all: off-the-charts chemistry, heart-wrenching emotion, and a captivating storyline that grabs you from page one.”—Sloane Kennedy, author of The Protectors series

“Roan Parrish turns her signature lyrical prose to the world of rock and roll, and the result is both beautiful and off-the-charts hot.”—Jenny Holiday, USA Today bestselling author of One and Only

An excerpt from Riven

That was the headline that accompanied the cover of Groove magazine that came out today, and it was the reason I was hiding in my dressing room from the rest of the band. I could already imagine Ven, nostrils flaring, voice tight with anger: Lead singer standing in for the whole band again, awesome!

And that was before you even got to the photo, which was about fifty percent me.

I pulled the magazine out of my bag to glare at it and my stomach dropped again. Ven, Coco, and Ethan hovered in the background, eclipsed by me. My arms were wrapped around myself like a straitjacket or a hug and I was gazing up at the camera in what had been an awkward plea for the shoot to be over, but looked coy. I cursed myself for the hundredth time for believing the smarmy editor who’d assured me that of course all the band members would be featured equally.

Reluctant rock star wasn’t precisely accurate. More like, Rock Star Who Loves Performing with a Fiery Passion but Hates Being Famous More than He Ever Expected. Only that didn’t make for a very snappy headline.

I cast one last look in the dressing room mirror. Staring back at me wasn’t a rock star of any description. It was a scared kid who’d gone from no one caring about him to everyone caring about him in the time it would take most people to clean out a garage. My black hair was wild around my face, just like it always was, gray eyes ringed in days of overlaid black eyeliner, just like they always were, lips bitten raw, as had become common lately. My black jeans were tight, permanently sweat-creased behind the knees, and hanging a little low on my hips, since I hadn’t been able to stomach much lately. The white T-shirt hung on me, making my arms look skinnier than they were, and my shoulders sharper.

It wasn’t even a costume. These were my own clothes, my own aesthetic, just as I used my real name. Which made it feel even weirder to see it all turned into a persona. Theo Decker: Reluctant Rock Star.

I smeared on some lip balm so my mouth wouldn’t crack and bleed onstage, hitched my jeans up, and patted the lucky pick I wore on a string around my neck, hidden under my T-shirt. The one I’d been using the night Ethan had heard me at Sushi Bar’s open mic night and changed my life forever. I hummed a few lines of our opening song. My voice was on its last legs, but this was the end of the tour, thank god, and I’d have time to rest it.
I swallowed hard, pushing the sick feeling of alienation from the rest of Riven down into the pit of my stomach.

“Okay, go,” I ordered Theo Decker in the mirror, and pushed through the door to join my band.

Blinded by floodlights, shaky with exertion, and high on adrenaline, I closed my eyes as the lights changed for our final song. It had been a great set, the rest of the band coming through despite their anger at the cover, just like I knew they would. They always did. We were magical together. That’s what everybody said. Synergistic. Nearly psychic.

Coco plucked the first, haunting notes of “No More Time,” our newest single, as the stage was washed in eerie blue light. They reverberated, striking like a gong in my chest. Ven came in with the bass line, then Ethan counted in, and the rhythm went to double time. I pounded the drumbeats with my foot, needing to wring every last bit of energy out onto the stage.

There was this moment, before the first note left my mouth, when everything changed. There was the before and the after; the quiet and the noise; the off and the on. It was the moment when I felt like I appeared, pushing everything that I was out of myself like the notes I sang were a strong-currented river, able to disgorge me.

I’d written this song in about twenty minutes. It had fallen into my head fully formed, like something in a dream. It swooped and soared from the bottom of my register to the top, and there was a moment after the second bridge when the instruments cut out and I hit a note that blasted through the sudden silence like a wrecking ball.

Tonight, since I knew it was the last show of the tour, I sang it with everything I had left, let it pull me to my tiptoes and to the edge of the stage, sweat flicking off my hair as I threw myself open before the screaming crowd.

I opened my arms, threw my head back, and shattered myself to pieces for them, until there was nothing left.

“It’s a phenomenal opportunity—a real honor,” Dougal, our manager, was saying as we sat in Coco’s dressing room after the show. I was so exhausted I was hardly listening to him. Still floaty from performing, I was already gone, back to New York and my apartment, blissfully alone.

“It would just mean extending by three more weeks. Easy-peasy.”

My blitzed brain caught on the absurdity of “easy-peasy,” before it got around to processing the rest of his sentence.

“Extending?” I croaked around my cherry menthol cough drop.

“Just for three weeks or so,” Dougal confirmed. “The Scandinavian leg of the tour would end the first day of the DeadBeat Festival. Done.”

I looked around at the rest of the band, expecting to see that they were equally horrified at the idea of extending the tour. But Coco looked excited, her foot tapping like it always did when she was plotting; Ethan was nodding, and Ven had leaned forward, elbows on knees.

My heart began to triphammer and suddenly the taste of the cherry threatened to make me sick. I shook my head.

“You guys, no way. I can’t.” My throat felt raw, a metallic taste lurking beneath the cherry and menthol.

“But, the DeadBeat Festival!” Coco crowed, at the same time Ven said, “It’s a major ask, and major sales after the festival.”

Coco shot him a look, as if they’d already discussed the tack they were going to take and that wasn’t it. Had they discussed it? Had Dougal told them but not me? She went on. “Cavalcade and The Runny Whites are playing. DJ Romulus is gonna be there. If it’d make people think of us as being in the same league as artists like them, how can we turn it down? Besides, it’s only three more weeks. What’s three weeks after four months?”

Ven, Ethan, and Dougal nodded their agreement and my heart sank.

This date marked in my calendar had been the only thing getting me through the last month. The Boston show meant the end of the tour. The promise of home, of the familiar streets of my neighborhood, the warmth and solitude of my own bed, and the chance to just . . . be, without being under constant scrutiny. I longed for it.

But I couldn’t say any of that to the band. They had been living for this tour. After all, it was what they’d always been working toward—long before they’d met me.

I was opening my mouth to say that I just didn’t have another three weeks left in me, when Ven fixed me with a cool stare.

“Come on, bro. Everyone says you’re the star. Well, stars have to pay their dues.”

And there it was. They were all looking at me. Coco’s expression was pleading, Ethan’s hopeful, Ven’s a challenge, and Dougal’s the studied neutrality of calculation.

“You all want to?” I asked them, and was immediately met with a chorus of yeses.

How could I let them down? We were a team; we were supposed to look out for one another. Usually, we were friends, too. I needed to be on the same side as them or being in Riven was beyond lonely. If I said no, I ruined it for all of them. Besides, Coco was right about what it meant for us to be asked to play the festival, to be asked to add dates to our tour. It meant we’d arrived.

If only I wanted to be at the place where we’d arrived.
“Okay,” I said, my voice a whisper. “Sure. It’s only three weeks.”

Roan Parrish lives in Philadelphia, where she is gradually attempting to write love stories in every genre. When not writing, she can usually be found cutting her friends’ hair, meandering through whatever city she’s in while listening to torch songs and melodic death metal, or cooking overly elaborate meals. She loves bonfires, winter beaches, minor chord harmonies, and self-tattooing. One time she may or may not have baked a six-layer chocolate cake and then thrown it out the window in a fit of pique. 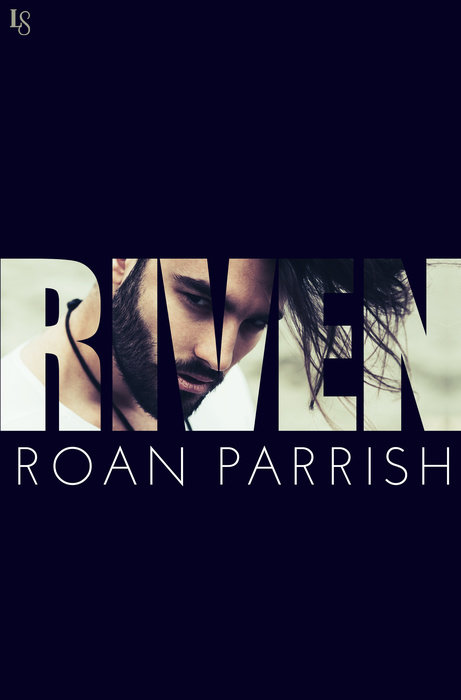