A pregnant young woman becomes obsessed with the disappearance of her lover’s wife, only to discover that she may be headed for the same fate, in this novel from New York Times bestselling author Kristin Miller

When secretary Colleen Roper becomes pregnant by her boss, Michael, he whisks her away to Ravenwood, his opulent estate. Abruptly thrust into a life of luxury she’s never known, Colleen finds the immense house suffused with the memory of Michael’s wife, Joanna, who left months ago and haunts her imagination. With rooms she’s prohibited from entering and a staff that greets her with hostility, there is little room for a new mistress of Ravenwood.

It’s not long before bones are unearthed in the grove across the street and Michael falls under the suspicion of detectives. The soon-to-be mother of his child finds herself hurled deeper into her lover’s dark past, a past filled with unfaithfulness and deception. Making a claim to her new life is harder than it seems—especially since she’s walking in the shadow of the hauntingly beautiful Joanna. As Colleen untangles truth from lies, she discovers that nothing is what it seems, and that some people will kill to keep their secrets as quiet as the dead.

Inspired by Daphne du Maurier’s Rebecca, In Her Shadow is the chilling story of one woman’s desperate desire to be loved and the ghosts that threaten to get in her way.

An excerpt from In Her Shadow

One Week Until Colleen’s Murder

“Home sweet home,” Michael says, turning in to his driveway at the corner of Beach and Cypress Street. “Impressed?”

I can’t breathe, let alone gather my thoughts. I haven’t even set foot on his property and I’m already stunned into silence by a throttling mixture of shock and fear.

Stacked boulders guard the entrance like a barricade, and towering eucalyptuses line the narrow, winding drive, shrouding his home. Overhead, tree branches arch like the ceiling of some magnificent cathedral, twisting and tangling, allowing only slivers of morning light to pierce the fog. When we finally emerge from that tunnel of shade, Michael makes a wide, sweeping turn around the circular driveway, passing a six-­bay garage before coming to a stop in front of a flight of dark limestone stairs.

He shoves his Maserati into park and races around the front of the car to open my door. Cradling my belly, I step out of the car and brace myself. A thick blanket of mist covers everything in a gray haze. Blasts of frigid air hurtle over the garage and whip through the drive, and I reach up to push the hair out of my eyes. Even the weather has conspired against me. I’m wearing capris and a sweater too thin to stave off the cold; I wasn’t prepared for any part of today. He closes the car door behind me with a thud, momentarily drowning out the banging of my heart. The sound echoes off the stone facing of his house and garage and the archway of watchful trees.

“No reason to be nervous,” Michael says, patting my hand. “You’re going to love it here.”

Deep down, I know it’s more than that. I don’t belong here. Not in a home as magnificent as this. Michael and I come from such starkly different backgrounds; the chasm has never felt more profound than it does now, as I stare up at the towering walls of his home. It feels as if I’ve walked into a designer shoe store, knowing I can’t afford a single pair of heels on the shelf. Pretending to be something I’m not, I’ve tried on my favorite pair and fallen in love, damn the consequences. I’m trying hard to fit into this lifestyle that’s so foreign, but I’m already faltering, before I’ve taken a single step.

On the drive here, Michael said his home was a sanctuary, the only place in the world where he felt he could let his guard down. He told me the house was south of San Francisco, a short drive along the coast, in a private neighborhood off the beaten path. He’d left out the fact that it’s prime real estate on a huge corner lot, across the street from a Monterey cypress grove with a stunning view of the sea. He’d forgotten to mention how it was built to look like a gothic castle, with black arched doors and wrought iron accents. How the circular driveway was painted a silvery shade of gray, with a starburst pattern in the center made of some kind of crushed shell. Couldn’t he have explained how the fenced-­in yard stretched around back, consuming the block? Or how the house was so close to the sea, I could taste the salty sea air on my tongue?

But until an hour ago, when we were sitting in the car, his hand on my knee, Michael hadn’t said much about his home at all. For all he’d revealed, it could’ve been an apartment in Oakland or a three-­bedroom, two-­bath house in Pleasanton. He never, not once, let on to the fact that he lived in a mansion plucked from Luxury Living magazine.

Michael hadn’t ever let me visit his home, let alone move in. I would’ve thought, after five months of dating and frequenting my tiny apartment in the city, he would’ve wanted to invite me over if for no other reason than to show off this place. A few times I’d asked why it seemed as if he was hiding his home from me. He assured me he wasn’t concealing anything; he simply needed more time to open up. How could I be mad? He was an intensely private person, and that was one of the reasons I loved him so much. He was quiet and strong, confident without being confrontational. I liked to believe that he wanted to keep his home private because that was just the way he was, that it had nothing to do with me personally.

Now I try not to think about the obvious truth: he didn’t want to bring me here, into his world, because he knew I wouldn’t fit in. He’d be right in his assessment, and that hurts above all.

“Come on,” he says, grabbing my hand and leading me up the limestone steps. “Grand tour starts this way.”

I would laugh, but I fear he’ll hear the tremble in my voice, betraying my anxiety. The stone-­covered walls are impossibly tall, with details that can’t be taken in all at once. The carvings and decorations must’ve taken years to design. High above, on the eastern side of the house, pointed-­arch windows are closed tight with thick swags of dark fabric. A curtain moves suddenly as if touched by a draft, and balloons inward.

Breath frozen in my throat, I follow Michael through the massive front door and into the entryway, and gape at the enormousness of it all. Colossal vaulted ceilings. Sparkling multi-­tiered chandeliers. Ornate, gold-­rimmed mirrors. Paintings—­original and renowned, I’m sure—­color the walls. On the left, a dark wood staircase wide enough for Michael and me to traipse upstairs hand in hand coils like a serpent to the second floor. I can’t help but compare it to the grand staircase of the Titanic shown in the film—­the only thing missing is the gold cupid smirking in the foreground. At my feet, a mosaic of colored marble stretches to a room that’s paneled in pale maple and furnished sparsely with black leather couches. Ahead, glimpsed through an oversize window and a set of glass double doors, an emerald lawn rolls toward Cypress Street and the Monterey cypress grove beyond.

That must be the public entry, I realize, as the crisp ocean air wafts through the open windows. And we’d just come in through the back door, the servants’ entrance.

This place is too large for Michael to keep up himself. Will there be people cleaning up after us, cooking our meals, and caring for the landscaping? Never in a million years would I have dreamed I could have anyone seeing to my needs, let alone the staff of a grand house.

To think, if I hadn’t gotten a job at Harris Financial, Michael’s company in the city, we would never have met. Under different circumstances, I might have visited the cypress grove one Sunday afternoon and walked right past this place. I would have wondered what kind of people could afford to live this way, so close to California’s coastline, and fantasized about what went on inside these walls.

“This way,” Michael says, leading the way past two powder rooms. “I’ve been wanting to show you this since the first time I saw you burying your face in a mystery novel.”

We enter the library through a set of heavy double doors. The air is staler in here, as though the windows looking out on the lawn haven’t been open in some time. A Persian rug in rich shades of brown and red stretches out beneath our feet, worn in the center from years of padding across the knotted silk and wool. Shelves crowded with books cover three walls, and on the fourth, a marble fireplace promises to radiate warmth through the room. Plump chairs face the hearth, and I wonder if this is Michael’s personal space. Will I sit beside him here, reading one of my favorite novels? Or will we spend our time in the living room with its breathtaking view overlooking the grove?

“It’s grand,” I say, because I’m feeling smaller by the minute. “Is this where you unwind at the end of the day?”

But he doesn’t offer any more than that.

If I want to belong here, I’ll have to learn the routines Michael already has in place. I’ll need to fit seamlessly into the day-­to-­day.

“So?” Michael asks, when we’ve returned to the sun-­flooded brilliance of the living room. “You love it, right?”

“We call it Ravenwood.”

The word stings, burrowing deep in me with a poison that makes me ashamed of myself. He doesn’t mean him and me, and we both know it. This is the home he occupied with his wife—­his missing wife. Joanna isn’t missing in the sense that someone kidnapped her, only that she moved back to Los Angeles to live with her sister, and hasn’t been heard from since last July. Six months without a single word.

At least that’s what Michael tells me.

He hasn’t filed for divorce yet, and the thought bothers me more than I’ll ever admit aloud. He doesn’t say much about their marriage or its demise, and I don’t ask about either. Don’t want him to think I’m meddling. Adding my two cents where they don’t belong. The last thing I want is to push him away or have him close down completely. So I’ve given him time and space to figure things out on his own. Eventually though, we’ll have to address it, and I assume the time is coming soon. 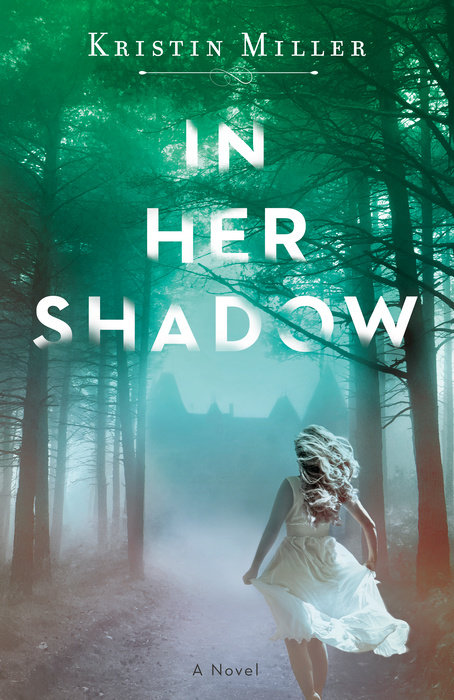