Meet the trophy wives of Presidio Terrace, San Francisco’s most exclusive—and most deadly—neighborhood in this shrewd, darkly compelling novel from the New York Times bestselling author of In Her Shadow.

Mystery writer Brooke Davies is the new wife on the block. Her tech-billionaire husband, Jack, twenty-two years her senior, whisked her to the Bay Area via private jet and purchased a modest mansion on the same day. He demands perfection, and before now, Brooke has had no problem playing the role of a doting housewife. But as she befriends other wives on the street and spends considerable time away from Jack, he worries if he doesn’t control Brooke’s every move, she will reveal the truth behind their “perfect” marriage.

Erin King, famed news anchor and chair of the community board, is no stranger to maintaining an image—though being married to a plastic surgeon helps. But the skyrocketing success of her career has worn her love life thin, and her professional ambitions have pushed Mason away. Quitting her job is a Hail Mary attempt at keeping him interested, to steer him away from finding a young trophy wife. But is it enough, and is Mason truly the man she thought he was?

Georgia St. Claire allegedly cashed in on the deaths of her first two husbands, earning her the nickname “Black Widow”—and the stares and whispers of her curious neighbors. Rumored to have murdered both men for their fortunes, she claims to have found true love in her third marriage, yet her mysterious, captivating allure keeps everyone guessing. Then a tragic accident forces the residents of Presidio Terrace to ask: Has Georgia struck again? And what is she really capable of doing to protect her secrets?

An excerpt from The Sinful Lives of Trophy Wives

The day after the accident

Pain is the first thing I remember. One moment I’m sleeping the soundest sleep anyone has ever slept. In the next, pain bites at the tips of my toes. Sharp, piercing sensations crawl up my body, slinking over my skin, torturing every nerve ending until I’m paralyzed. I try to suck in a jagged breath, but lead sheets crush my chest. I’m flattened against a firm mattress. I’m cold. So unbelievably cold.

Panic lashes through my veins.

I can’t open my eyes or my lips. I can’t speak or move. My strength is gone, completely sapped from my muscles.

Knives pierce my eardrums as the sound goes off again. Swallowing is an effort. A jagged-­edged rock has taken up residence in the back of my throat. I’m so thirsty. My lips are unbelievably chapped.

Without warning, the nightmare floods back in violent, vivid color. Flashing lights and blood and screams create a chaotic painting against the backs of my eyelids. Agony follows, and grief too.

Something terrible happened. I—­I didn’t stop it. I could have—­God, I should have—­but I didn’t. What have I done?

It strikes again—­that cold, wretched feeling that sours my gut. Guilt. I could’ve done something, opened my mouth and changed the sequence of events that catapulted me into this dark place. I could’ve changed everything. I held the future in the palm of my hand. But I didn’t act, didn’t try hard enough.

This is my fault.

The annoying bleat morphs from something intrusive and foreign into something familiar. A machine I’ve heard before, when my first husband, Eli, slipped and tumbled down our spiral staircase. He landed on the bottom, arms and legs broken in awkward angles like a demented starfish. His head had hit the tile hard and oozed blood from the crack in his skull all over our Grecian tile. An ambulance rushed him to St. Mary’s Medical Center. The doctors tried all they could to save him, but their efforts were in vain. The following year, Andrew, my second husband, had been dead on arrival. Not much the doctors could do after he swallowed that bullet. I found him in our office, his brains staining the back of an Italian leather chair I’d given him for Christmas.

I know that noise. I’m in the hospital. The knowledge only increases the adrenaline surging hot through me.

“Open those curtains, would you, Sheree?” someone says from beside me.

I’m here! I can hear you! I want to scream. But I can’t. My lips might as well be stapled shut.

“There, that’s better,” the same nurse says after another shrill chirp from the machine. “She’s still really pale, though.”

“Do you think her color is off because of blood loss?” someone asks from the other side of me. This voice is softer. Sweeter. “Or lack of sunlight from being stuck indoors? Look at her nails, Karen. She’s definitely not the outdoorsy type. Maybe she’s always this pasty white.”

Pasty? Have I truly lost that much blood? My pulse races at the thought.

Something tugs on my arm. It’s an IV. They’re upping my medication.

How long have I been here? It could be hours after my wedding reception, or a month later. There’s no way for me to know. It feels as if I’ve been sleeping my entire life. Consciousness slips away as blobs of inky darkness threaten to pull me under. My thoughts knock together clumsily like shapes in a kaleidoscope, changing and smearing until time and dream and reality are inconsequential. Is he here too? Tucked away in the room next door in the same situation? Too many questions swirl through my brain at once and I can’t make sense of any of them.

“You know,” Karen says, “she kind of looks like that woman.”

“The woman all over the news,” Karen says, the IV jerking in my vein. “The one who killed her husband, married another guy right after, and then killed him too. I think it’s her.”

“Oh, I’d almost forgotten about her,” Sheree says. “They say she pushed one down the stairs and shot the other one while he was working in his office.” She’s beside me now. The side of my bed slumps as if she’s leaning over to get a closer look at me. “Yeah, she kind of does look like her, doesn’t she? What were they calling her?”

“That’s right. Hard to tell what she looks like with those bandages on her face.”

Oh, for the love of all that is holy, please don’t let my face be covered with scars. I wouldn’t want to live if I’ve become disfigured.

“Did you hear if the other woman made it?” Karen asks. “The one who was hit by their car?”

“There was no way that poor woman could’ve survived. They had to have been going fast.” Sheree’s voice lowers. “When they brought her in, she was really messed up. Did you see her? The officer said she flew thirty feet. Cracked her head open on the asphalt.”

“What was she doing in the middle of the road?”

“No one knows.” Sheree sighs heavily, as if whatever she’s thinking has taken a physical toll on her. “But that’s not the worst of it. I’ve heard that the woman’s husband—­the one driving—­was killed on impact when they veered into a tree.”

“Oh my God,” Karen says as she pats my hand. “She’s going to be devastated when she finds out.”

“It gets worse,” Sheree retorts. “I overheard the officer outside her door talking to a detective last night. They’re going to have a lot of questions for her when she wakes up, and who knows? They might try to arrest her for murder.”

Murder? No—­this can’t be happening. As a heavy dose of medication deluges my blood, I fall into a deep, coma-­like sleep—­one plagued with nightmares of shattered glass and blood-­soaked skin and screams bubbling from the pit of hell. 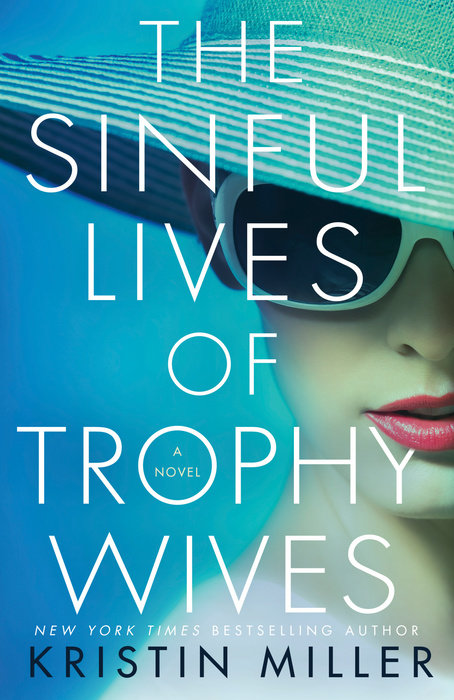