The Beatrice Inn’s presence in New York City spans close to a century, and its history is ever changing, from one of New York’s first speakeasies, frequented by Fitzgerald and Hemingway, to a beloved neighborhood Italian restaurant to one of the city’s most notorious night clubs. Angie Mar purchased the Beatrice Inn in 2016 and led the storied landmark into its next chapter. Mar transformed the space and the menu into a stunning subterranean den where guests are meant to throw caution to the wind and engage in their most primal of senses. Pete Wells, in his rave two-star New York Times review, summed it up best: “It is a place to go when you want to celebrate your life as an animal.”

Now, in Mar’s debut cookbook, the Beatrice Inn experience will resonate with readers no matter where they live. Butcher and Beast invites readers into this glamorous, gutsy, and forever-nocturnal world. Mar’s unconventional approach to flavor profiles are captured in over 80 recipes, including Milk-Braised Pork Shoulder, Duck and Foie Gras Pie, Venison Cassoulet, and Bone Marrow–Bourbon Crème Brûlée. Throughout are also essays on Mar’s controversial and cutting-edge dry-aging techniques, her adoration of Champagne, the reality of what it takes to lead in the New York City restaurant scene, and the love and loyalty of her tight-knit family. Visually arresting photography shot entirely on Polaroid film captures the elegant and ever-opulent world of the Beatrice Inn.

An excerpt from Butcher and Beast

When I first met with my literary agent, we talked about a book that would showcase simpler versions of the food I cook at the Beatrice as well as entertaining ideas I might use in my own home. It seemed like a good idea at the time—no one knew me and I was under the impression this was the only idea that would sell to publishers and ultimately to the general public. I hadn’t yet defined a sense of my creative self, nor had I found my voice in food, or even within the Beatrice Inn.

But that was then. And I’ve decided I’ll leave that bullshit to the semi-homemade set. Instead, this is the story of me, of the Beatrice Inn, of this family, and of the magic created within our walls.

I’ve torn up the table of contents for this book more times than I can count. I’ve cried, laughed, and had utter meltdowns. I’ve contemplated giving back the advance and not writing it at all, because I felt I couldn’t handle the deadlines while running a business. During the process of completing this book, I’ve experienced extreme highs and extreme lows: I purchased a landmark piece of New York history, received a glowing two-star New York Times review, and was awarded Food & Wine’s Best New Chef. I’ve also been sued, extorted, had my face splashed across Page Six, and fired more managers, captains, and kitchen staff than most people who have been in the kitchen ten times longer than I have. I suffered the monumental loss of my father, and gained the monumental expense of having a different attorney for every day of the week. But most important, my team and I have achieved what most chefs and restaurateurs wait a lifetime for. We bet on the underdog, and came out on top—in New York City, no less. The words contained in these pages capture some of the gritty, ugly, gutsy, and beautiful moves we’ve made to get to where we are today, and the dishes we’ve created along the way.

Angie Mar is the owner and executive chef at the Beatrice Inn in New York’s City’s West Village, which received a rave two-star review from Pete Wells in the New York Times. Best known for her innovative preparation of meats, Mar was named a 2017 Food & Wine Best New Chef and was a 2019 James Beard semifinalist for Best Chef: New York City. 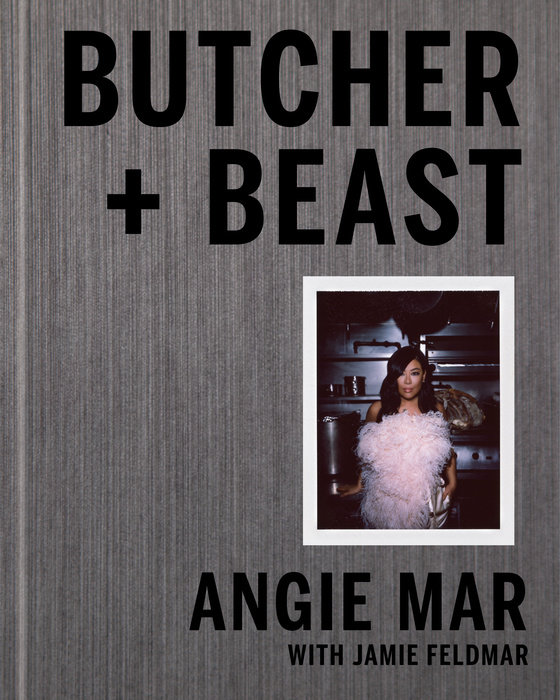