“A rich, intricately plotted thriller . . . Serritella, who is a Harvard grad herself, writes about the campus with an insider’s savvy.”—Maureen Corrigan, The Washington Post

“Every time I thought I knew where Ghosts of Harvard was heading, I turned out to be wrong. Part mystery, part ghost story, part psychological thriller, this novel is all entertainment.”—#1 New York Times bestselling author Jodi Picoult

Cadence Archer arrives on Harvard’s campus desperate to understand why her brother, Eric, a genius who developed paranoid schizophrenia took his own life there the year before. Losing Eric has left a black hole in Cady’s life, and while her decision to follow in her brother’s footsteps threatens to break her family apart, she is haunted by questions of what she might have missed. And there’s only one place to find answers.

As Cady struggles under the enormous pressure at Harvard, she investigates her brother’s final year, armed only with a blue notebook of Eric’s cryptic scribblings. She knew he had been struggling with paranoia, delusions, and illusory enemies—but what tipped him over the edge? Voices fill her head, seemingly belonging to three ghosts who passed through the university in life, or death, and whose voices, dreams, and terrors still echo the halls. Among them is a person whose name has been buried for centuries, and another whose name mankind will never forget.

Does she share Eric’s illness, or is she tapping into something else? Cady doesn’t know how or why these ghosts are contacting her, but as she is drawn deeper into their worlds, she believes they’re moving her closer to the truth about Eric, even as keeping them secret isolates her further. Will listening to these voices lead her to the one voice she craves—her brother’s—or will she follow them down a path to her own destruction?

An excerpt from Ghosts of Harvard

Cady hadn’t set foot on Harvard’s campus since her older brother’s suicide. It was the place where Eric had eaten his last meal, dreamed his last dream, taken his last breath. The sight of the red brick dormitories, a picture postcard of collegiate perfection to so many, made her heart pound. For her, it wasn’t a college, it was a haunted house.

And today she was moving in.

Cady couldn’t let her doubts show as they drove into Harvard Yard. The sun-dappled quadrangle and its ancient elms were festooned with red balloons and a big crimson banner reading welcome harvard mmxxiii. She reminded herself that she’d wanted this, insisted on it, sworn that she could handle it, bet everything on it. Yet her knee bounced in the backseat as her father parked right outside her freshman dormitory, Weld Hall. She spied his face in the rearview mirror, his eyes weary, his jowls gray and unshaven. His sister, Cady’s aunt Laura, sat in the front passenger seat. Cady’s mother remained home in Pennsylvania, too angry at her daughter to come today. Maybe that was for the best; seeing her mother’s face would’ve made Cady lose her nerve.

“Look at this parking spot, I told you I was good for something,” Aunt Laura said with a wink. A car accident in her twenties had left her paraplegic and she used a wheelchair, hence the parking privileges, although Cady never thought of her as handicapped. Laura possessed an irrepressibly positive outlook, a trait to be tested today. She had come ostensibly to lend the use of her giant van, but Cady knew it was to fill in for her mother, and she was grateful.

Her father yanked up the emergency brake and took a heavy breath. “Ready?”

Cady got out and helped Laura into her wheelchair as her father went around to the back of the van, their solemn mood at odds with everyone around them. On the front steps of her new dorm, she noticed a boy posing for a photograph with six smiling relatives. A blond girl standing in the bed of a pickup laughed as she pushed a boxed futon toward her father, who waited on the ground wearing a Harvard T-shirt with his cowboy boots and Stetson. A tall boy in a Lakers jersey wiped his mother’s happy tears from her cheeks.

Cady envied them. They didn’t have to fake it.

She joined her father at the rear of the van and saw him hauling out her green duffel bag. “Oh, I’ll take that one,” she said, she hoped not too eagerly.

“I got it, you get the roller suitcase.”

“No, Dad, seriously.” Cady grabbed hold of the nylon straps and he looked at her, puzzled. Then she deployed the head tilt and tone her mother had perfected. “Your back.”

He held tight for a moment before he relented and let her have it. “All right, but only because I haven’t been doing my exercises.”

“When did my little bro get so old?” Laura teased. “You know, some people say back pain can be psychological.”

Cady’s dorm room was Weld 23, only the second floor—only, she caught herself—she couldn’t help but think of the height. The elevator was crowded, so her father decided to wait, but people made room for Aunt Laura to wheel on and Cady to squeeze in after her, hugging the duffel close to her chest. Laura held a laundry hamper filled with linens on her lap.

“Nice that they have an elevator,” she said to Cady. It was her official duty to point out every good thing that day.

A middle-aged man overheard. “You know what was in this space before it was an elevator? JFK’s freshman dorm room. He went from Weld to the White House.” He slapped the back of his reed-thin son. “Might have the next president right here! Right, Max?”

His son’s face reddened, and Cady’s heart went out to him.

The elevator doors pinged open. Cady and Laura exited, and Laura broke into a grin. “God, can you imagine being here with a young JFK living down the hall? He must have been dreamy. He was probably a horn-dog even then, though.”

The first image Cady could conjure of JFK was the last moment of his life, the grainy footage of him waving from that car. She tried to imagine him as a young man her age, full of the nerves and excitement she saw on every face around her. If someone had told him he would be president, would he have blushed like that boy in the elevator, or would he have owned it? Did he sense he was bound for greatness? If someone had told him he would be assassinated, would he still have wanted that future?

“Although,” Laura continued, “if you were looking for sexy Kennedy ghosts, you should’ve gone to Brown. That’s where John-John went. He was the best-looking of them all. I had such a crush on him.”

Oh, right, Cady remembered, his son, too. And his brother. And his other brother sort of killed that gir—maybe that was what started it. A lot of ghosts in that cursed family. So far only one ghost in the Archers. Were they cursed, too?

They found the door to her room and Cady reached into the manila envelope to pull out her key, the metal so freshly cut that it felt sharp. She hesitated. It was real now. This place had already marked a turning point in her family’s history, and her decision to come here marked another. She knew the pain she was causing her parents. It would either be worth it, or it would be another mistake she couldn’t undo.

“Definitely.” Show no weakness, she told herself.

Cady opened the door to an empty room. It had a funny layout, the sort that comes from retrofitting a larger space to become multiple rooms; the common room was long and narrow, with an off-center window on one end and the two bedrooms off the side. She crossed to the window and looked out.

“That’s Grays over there, that was Eric’s freshman dorm. I remember from when we moved him in.”

“How does that make you feel?” Laura asked, sounding like a therapist.

“Good, close to him, in a way.” Cady was surprised to hear the truth coming out of her mouth. “Is that weird?”

“No, it’s nice to remember him.” Laura put a hand on her arm. “Just keep in mind, life is for the living.”

Cady nodded. She knew it was a common saying, but it sounded so harsh to her ears now. Life was for Eric, too, even if he’d lost sight of that. Maybe they’d lost sight of him.

There was a knock at the door, and Laura went to let Cady’s father in. “Is it just you?” he asked, and for a split second, Cady didn’t know what he meant. She flashed ahead to a lifetime of not being enough for her parents. Just you?

He set the box down with a grunt. “Are you the first to arrive?”

“Yeah. We’re first.” Cady readjusted the duffel bag in her arms, still holding it close to her chest. “I know we have more to get from the van, but I want to pick my room before anyone else gets here. Do you mind if I unpack a little to claim my space? I promise I’ll be right down.” It was a lie, one of Cady’s two roommates had already requested the single room over the summer, leaving her with the double.

“Don’t be long. We have to move the car,” her father said.

Cady watched them leave and waited a few beats to be sure. Then she darted into the larger bedroom and dumped the green duffel on a bare mattress. She unzipped it and dug under the layer of bras and panties, the final Dad-barrier, to uncover the two items she couldn’t let her family see. She’d taken them from the box of personal effects her family had received from Harvard after Eric’s death. They’d kept the box in his bedroom at home, but Cady had secretly visited it so often, she had its contents memorized. Most was junk, he’d gotten so messy toward the end, but these two items spoke to her more than the others. As souvenirs or as protective talismans, she needed these relics close to her, especially here.

The first was sentimental: Eric’s rumpled gray Harvard hoodie. She lifted it to her face; it still smelled like him, a blend of fresh soap and warm toast. Her parents might’ve given her this if she’d asked for it, but she couldn’t risk their thinking she was emotionally fragile, they’d barely let her come here as it was. Around them, Cady had to hide that crumbly feeling whenever it threatened the corners of her mouth or crept up the front of her throat, and Eric’s scent triggered it. But sometimes she needed that feeling, liked it even, to release the pressure. She hugged the sweatshirt to her chest before pushing it to the back of the bottom drawer of one of the dressers.

The second buried item was a clue: a blue spiral-bound notebook labeled lab notes at the top. Lab notes were as close as Eric would’ve ever come to keeping a journal, so it was the closest she could get to a window into his mind. 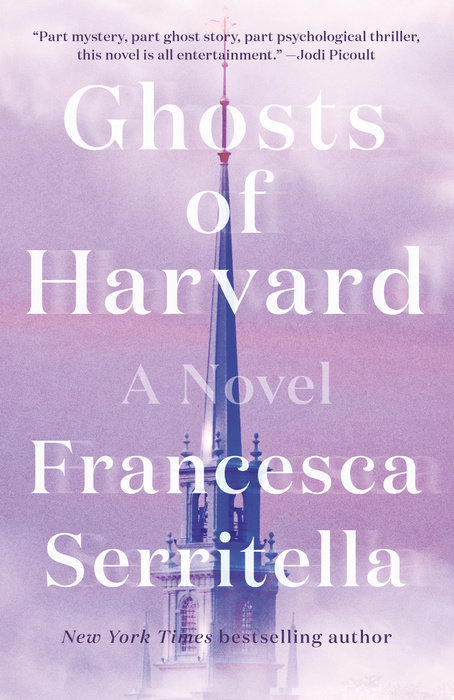