Arguably the greatest science fiction writer who ever lived, Isaac Asimov also possessed one of the most brilliant and original minds of our time. His accessible style and far-reaching interests in subjects ranging from science to humor to history earned him the nickname “the Great Explainer.” I. Asimov is his personal story—vivid, open, and honest—as only Asimov himself could tell it.

Here is the story of the paradoxical genius who wrote of travel to the stars yet refused to fly in airplanes; who imagined alien universes and vast galactic civilizations while staying home to write; who compulsively authored more than 470 books yet still found the time to share his ideas with some of the great minds of our century. Here are his wide-ranging thoughts and sharp-eyed observations on everything from religion to politics, love and divorce, friendship and Hollywood, fame and mortality. Here, too, is a riveting behind-the-scenes look at the varied personalities—Campbell, Ellison, Heinlein, Clarke, del Rey, Silverberg, and others—who along with Asimov helped shape science fiction.

As unique and irrepressible as the man himself, I. Asimov is the candid memoir of an incomparable talent who entertained readers for nearly half a century and whose work will surely endure into the future he so vividly envisioned.

An excerpt from I, Asimov

I was born in Russia on January 2, 1920, but my parents emigrated to the United States, arriving on February 23, 1923. That means I have been an American by surroundings (and, five years later, in September 1928, by citizenship) since I was three years old.

I remember virtually nothing of my early years in Russia; I cannot speak Russian; I am not familiar (beyond what any intelligent American would be) with Russian culture. I am completely and entirely American by upbringing and feeling.

But if I now try to discuss myself at the age of three and the years immediately beyond, which I do remember, I am going to have to make statements of the type that have always led some people to accuse me of being “egotistical,” or “vain,” or “conceited.” Or, if they are more dramatic, they say I have “an ego the size of the Empire State Building.”

What can I do? The statements I make certainly seem to make it clear that I think highly of myself, but only for qualities that, in my opinion, deserve admiration. I also have many shortcomings and faults and I admit them freely, but no one seems to notice that.

In any case, when I say something that sounds “vain,” I assure you it is true and I refuse to accept the accusation of vanity until somebody can prove that something I say that sounds vain is not true.

So I will take a deep breath and say that I was an infant prodigy.

I don’t know that there is a good definition of an infant prodigy. The Oxford English Dictionary describes it as “a child of precocious genius.” But how precocious? How much genius?

You hear of children who can read at two, who learn Latin at four, who enter Harvard at the age of twelve. I suppose those are undoubted infant prodigies, and, in that case, I was not one.

I suppose that if I had had a father who was an American intellectual, well off and lost in his study of the classics or of science, and if that father had discovered in me a likely candidate for prodigiousness, he might have driven me onward and gotten something like that out of me. I can only thank whatever chance has guided my life that this was not so.

A force-fed child, driven relentlessly to the very top of his bent, might break under the strain. My father, however, was a small storekeeper, with no knowledge of American culture, with no time to guide me in any way, and no ability to do so even if he had the time. All he could do was to urge me to get good marks in school, and that was something I had every intention of doing anyhow.

In other words, circumstances conspired to allow me to find my own happy level, which turned out to be sufficiently prodigious for all purposes and yet kept the pressure at a sufficiently reasonable value to allow me to chug along rapidly with no feeling of strain whatever. It meant that I kept my “prodigiousness” for all my life, in one way or another.

In fact, when asked if I was an infant prodigy (and I am asked this with disconcerting frequency), I have taken to answering, “Yes, indeed, and I still am.”

I learned to read before I went to school. Spurred on by my realization that my parents could not yet read English, I took to asking the older children on the block to teach me the alphabet and how each letter sounded. I then began to sound out all the words I could find on signs and elsewhere and in that way I learned to read with a minimum of outside help.

When my father discovered that his preschool youngster could read and, moreover, when he found on questioning that the learning was on my own initiative, he was astounded. That may have been the first time he began to suspect that I was unusual. (He kept that feeling all his life, though he never hesitated to criticize me for my many failings.) The fact that he thought I was unusual, and made it clear that he did, gave me the first inkling that I was unusual.

I imagine there must be many children who learned to read before going to school. I taught my younger sister to read before she went to school, for instance, but I taught her. No one taught me.

When I finally entered the first grade in September of 1925, I was astonished at the trouble the other children were having with their reading. I was even more astonished at the fact that after something had been explained to them, they would forget and would have to have it explained again and again.

That, I think, was what I noticed very early in the game; that in my case it was only necessary that I be told once. I did not realize that my memory was remarkable until I noticed that my classmates didn’t have memories like it. I must instantly deny that I have a “photographic memory.” I have been accused of that by those who admire me beyond my deserts but I always say, “I only have a near-photographic memory.”

Actually, my memory for things that are of no particular interest to me is not much better than normal, if that, and I can be guilty of appalling lapses, when my self-absorption gets the better of me. (I can be remarkably self-absorbed.) I once stared at my beautiful daughter, Robyn, without recognizing her, because I did not expect to see her at the time and was only aware of a vaguely familiar face. Nor was Robyn in the least hurt, or even surprised. She turned to the friend at her side and said, “See, I told you that if I just stood here and didn’t say anything, he wouldn’t know me.”

For things that do interest me, and they are many, I have virtually instant recall. Once when I was out of town, my first wife, Gertrude, and her brother, John, were having some small argument, and little Robyn, about ten at the time, was sent up to my office to get down the appropriate volume of the Encyclopaedia Britannica to settle the matter.

Robyn went rebelliously, saying, “I wish Daddy were home. Then you could just ask him.”

There are, however, difficulties and disadvantages to everything. I may have been gifted with a delightful memory and a quick understanding at a very early stage, but I was not gifted with great experience and a deep understanding of human nature. I did not realize that other children would not appreciate the fact that I knew more than they did and could learn more quickly than they did.

(Why is it, I wonder, that anyone who displays superior athletic ability is an object of admiration to his classmates, while one who displays superior mental ability is an object of hatred? Is there some hidden understanding that it is brains, not muscles, that define the human being and that children who are not good at athletics are simply not good, while those that are not smart feel themselves to be subhuman? I don’t know.)

The problem was that I did not try to hide my superior mentality. I demonstrated it every day in the classroom, and I never, never, never thought of being “modest” about the matter. I cheerfully made it clear, at all times, that I was very bright, and you can guess the result.

The results were all the more inevitable in that I was small for my age, weak for my age, and younger than anyone else in the class (eventually two and a half years younger due to my being shoved ahead periodically, yet still the “smart kid”).

I was scapegoated. Of course I was.

Eventually, it became plain to me why I was scapegoated, but I spent many years accepting this because I could not bear to hide my brilliance from the eyes of others. In fact, I was scapegoated, with diminishing intensity, right into my early twenties. (Let me, however, not make it seem worse than it was. I was never physically assaulted. I was merely sneered at, derided, and excluded from the society of my peers—all of which I could bear with reasonable equanimity.)

In the end, though, I did learn. There is still no way of hiding the fact that I am unusual, considering the vast number of books I have written and published, and the vast number of subjects I have covered in those books, but I have learned, in ordinary life, to refrain from being on display. I have learned how to “turn it off” and meet people on their own terms.

If only an infant prodigy could be prodigious in grasping human nature and not in memory and quickness of intellect alone. But then, not everything is inborn. The truly important parts of life develop slowly with experience, and that person is lucky who can learn them more quickly and with greater ease than I did. 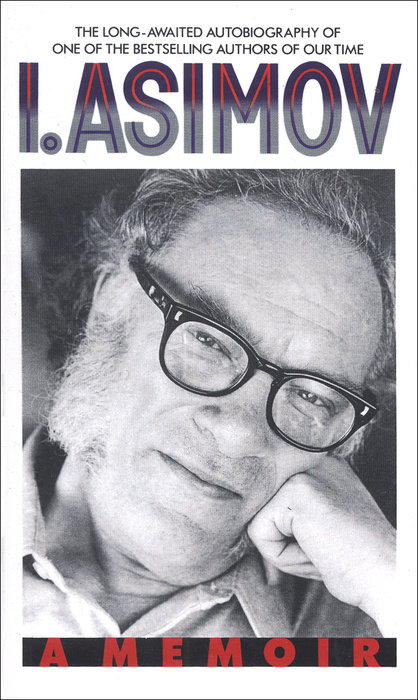