A thrilling nonfiction tour of the cosmos that brings the universe down to Earth, from one of the all-time masters of science fiction.

No one makes sense out of science like Isaac Asimov. Are you puzzled by pulsars? Baffled by black holes? Bewildered by the big bang? If so, here are succinct, crystal-clear answers to more than one hundred of the most significant questions about the essential nature of the universe—questions that have fired the imagination since the beginning of history.

Over the course of this fantastic voyage, the origins, the discoveries, and the stunning achievements of astronomy will unfold before your eyes. You will experience close encounters with giant planets, exploding stars, distant galaxies, and more. For anyone who has ever asked the ultimate questions, who has ever looked up at the sky and asked What in heaven is going on?, Isaac Asimov’s unique vision, skill, and authority will bring the big picture into focus.

An excerpt from Isaac Asimov's Guide to Earth and Space

1. WHAT IS THE SHAPE OF THE EARTH?

To begin with, we must look around us and see that the Earth is uneven and has no easily described shape. Even if we ignore houses and other man-made objects, and all living things as well, we are still left with an uneven surface of bare rock and soil.

The first conclusion we would come to, then, would be that the Earth is a lumpy object with hills and valleys, cliffs and ravines. In places like Colorado, Peru, or Nepal, where there are towering mountains that reach miles into the air, the Earth’s irregularity is very clear. But if you live in some parts of Kansas or Uruguay or the Ukraine, you don’t see much in the way of hills or valleys; you see plains, which look pretty flat.

Then, too, even if you do encounter hills and mountains, the Earth may rise on one side, but then fall again on the other side. Valleys and ravines may slant down on one side, but slope up on the other. No part of the Earth’s land surface goes up without ever coming down again as you move across it; no part goes down without ever going back up. It seems reasonable, then, to conclude that the Earth is, on the average, flat.

Again, if you were to paddle a boat out onto a body of water so large that you couldn’t see land in any direction, you would have only the surface of the water to consider. This surface is uneven because it is full of waves. Yet if there is no wind, the waves are not large, and it is easy to see that, on the average, the water surface is flat. In fact, water is much more nearly flat at all times than land.

So it makes sense to suppose that the Earth is flat, and for thousands of years that is exactly what human beings believed. Since a flat Earth made sense and since it didn’t take much thinking to see that it made sense, why would anyone waste any further time thinking about it?

Have you ever stood on a hilltop and looked out on the valley below? The valley looks pretty flat and you can look farther and farther outward, past houses, trees, rivers, and other faraway objects, though the more distant they appear to be, the less detail you can make out. What’s more, the air isn’t usually absolutely clear; bits of fog and smoke obscure the very distant portion, which becomes a kind of bluish haze where the Earth and sky seem to meet.

The meeting place of earth and sky is called the horizon, from a Greek word for boundary. If you’re looking at a flat section of the Earth, the horizon runs evenly from right to left, and such a line is therefore called horizontal.

Suppose, however, that you look in another direction at another hill close by. You can’t see past the top of the hill to the other side because you can’t see around curves. Therefore as you look at the top of the hill, you see only the sky above it, and not the Earth sloping downward beyond it. There is a sharp line that seems quite close to you that marks off the hill against the sky. Thus, if you are looking out over a stretch of land and see a distant misty horizon, you know you are looking over some pretty flat territory, but if you see a sharp nearby horizon, you are looking at a hilltop.

Imagine that you are out on the ocean on the deck of a ship. It is a clear, bright, sunny day, and the sea is calm. The sea air is usually less dusty and misty than land air, so you look off into the distance, and there is the horizon—sharp. The sea meets the sky in a clear horizontal line. You are clearly looking at a hilltop.

How can that be? There are no hills in the ocean, just flat water. The only answer is that the ocean is not flat, but curved, and from your height on the ship deck, you can see out only so far till your eyesight meets the top of the curve, and you can’t see beyond it. If you go up to a higher deck, you can see farther out before the curve cuts off your view, and if you go to a lower deck, you can see less far out. What’s more, if you stand in one place and look all around you, you will see that same sharp horizon at the same distance in every direction; not only does the ocean surface curve, but it curves in the same way and to the same extent in every direction—at least as nearly as one can make out with the eyes.

But why should the ocean curve? It must be following the surface of the Earth, and the Earth itself must be curving in all directions, too. The curving is more obscure on the land because the land is more uneven than the sea, and the air over the land is usually mistier.

You might ask why people didn’t study the horizons and come to this conclusion thousands of years ago, but the trouble is, few people thought about it at all. It was much simpler to think of the Earth as flat, and flatness didn’t raise any particular problems in ancient times. A spherical Earth, as we shall soon see, does raise problems that require further thought.

You might ask: Can we trust our eyes? Is looking at the horizon enough? Actually, in this case it is, though we are frequently misled by our eyes, if we don’t examine the evidence carefully.

For instance, suppose you are at sea and can identify a ship in the distance sailing toward the horizon. You watch it, and as it approaches the horizon, you don’t see the lower decks anymore; then, after a while, you don’t see the upper decks, either. All you see are the smokestacks (or the sails, if it is a sailing vessel), and then they disappear, too. It’s not just a matter of distance, for if you had a spyglass and watched through that, the ship would seem much larger and closer, but you would still see it disappear first at the bottom, then higher up, then still higher. What you are seeing is the ship sailing over the top of the Earth’s curve and down the other side.

The first person we know of who ever maintained that the Earth was a sphere was the Greek philosopher Pythagoras (c. 580–c. 500 B.C.), who came up with this hypothesis in about 500 B.C.

There are other pieces of evidence that show the Earth to be a sphere. Certain stars are visible from some points on Earth and not from others, and during an eclipse of the moon a shadow of the Earth falls on the moon that is always curved like the edge of a sphere. The Greek philosopher Aristotle (384–322 B.C.) listed all the evidence for the Earth’s sphericity in about 340 B.C., and though it wasn’t commonly accepted at the time, no educated man has doubted it since. In the Space Age of today, photographs have been taken of Earth from outer space in which we can actually see that it is a sphere. 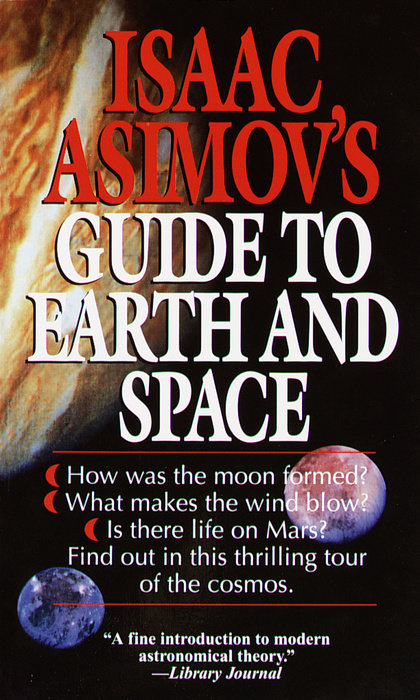