A collection of twenty classic short stories by Isaac Asimov, author of the Foundation series, featuring the definitive and only in-print version of “Nightfall”

From one of history’s most influential writers of science fiction comes this collection of twenty short works of fiction, arranged in order of publication from 1941 to 1967. Compiled by Asimov himself, who prefaced each story with an introduction, it begins with “Nightfall,” the tale of a world with eternal sun that is suddenly plunged into total darkness and utter madness. Published when the author was only twenty-one, “Nightfall” was arguably Asimov’s breakout work, making such an impression that, almost thirty years later, the Science Fiction Writers of America voted it the best science-fiction short story ever written.

The other stories in the collection span far and wide: Machines that learn to think for themselves—and direct their thoughts to overturning the establishment. The discovery that Earthlings are being destroyed by a mysterious kind of psychological virus. A day when walking outdoors becomes a sign of psychosis. And many more. Twenty stories: each riveting, each a classic.

An excerpt from Nightfall and Other Stories

“If the stars should appear one night in a thousand years, how would men believe and adore, and preserve for many generations the remembrance of the city of God?”

Aton 77, director of Saro University, thrust out a belligerent lower lip and glared at the young newspaperman in a hot fury.

Theremon 762 took that fury in his stride. In his earlier days, when his now widely syndicated column was only a mad idea in a cub reporter’s mind, he had specialized in “impossible” interviews. It had cost him bruises, black eyes, and broken bones; but it had given him an ample supply of coolness and self-confidence.

So he lowered the outthrust hand that had been so pointedly ignored and calmly waited for the aged director to get over the worst. Astronomers were queer ducks, anyway, and if Aton’s actions of the last two months meant anything, this same Aton was the queer-duckiest of the lot.

Aton 77 found his voice, and though it trembled with restrained emotion, the careful, somewhat pedantic phraseology, for which the famous astronomer was noted, did not abandon him.

“Sir,” he said, “you display an infernal gall in coming to me with that impudent proposition of yours.”

The husky telephotographer of the Observatory, Beenay 25, thrust a tongue’s tip across dry lips and interposed nervously, “Now, sir, after all—”

The director turned to him and lifted a white eyebrow. “Do not interfere, Beenay. I will credit you with good intentions in bringing this man here; but I will tolerate no insubordination now.”

Theremon decided it was time to take a part. “Director Aton, if you’ll let me finish what I started saying, I think—”

“I don’t believe, young man,” retorted Aton, “that anything you could say now would count much as compared with your daily columns of these last two months. You have led a vast newspaper campaign against the efforts of myself and my colleagues to organize the world against the menace which it is now too late to avert. You have done your best with your highly personal attacks to make the staff of this Observatory objects of ridicule.”

The director lifted a copy of the Saro City Chronicle from the table and shook it at Theremon furiously. “Even a person of your well-known impudence should have hesitated before coming to me with a request that he be allowed to cover today’s events for his paper. Of all newsmen, you!”

Aton dashed the newspaper to the floor, strode to the window, and clasped his arms behind his back.

“You may leave,” he snapped over his shoulder. He stared moodily out at the skyline where Gamma, the brightest of the planet’s six suns, was setting. It had already faded and yellowed into the horizon mists, and Aton knew he would never see it again as a sane man.

He whirled. “No, wait, come here!” He gestured peremptorily. “I’ll give you your story.”

The newsman had made no motion to leave, and now he approached the old man slowly. Aton gestured outward. “Of the six suns, only Beta is left in the sky. Do you see it?”

The question was rather unnecessary. Beta was almost at zenith, its ruddy light flooding the landscape to an unusual orange as the brilliant rays of setting Gamma died. Beta was at aphelion. It was small; smaller than Theremon had ever seen it before, and for the moment it was undisputed ruler of Lagash’s sky.

Lagash’s own sun, Alpha, the one about which it revolved, was at the antipodes, as were the two distant companion pairs. The red dwarf Beta—Alpha’s immediate companion—was alone, grimly alone.

Aton’s upturned face flushed redly in the sunlight. “In just under four hours,” he said, “civilization, as we know it, comes to an end. It will do so because, as you see, Beta is the only sun in the sky.” He smiled grimly. “Print that! There’ll be no one to read it.”

“But if it turns out that four hours pass—and another four—and nothing happens?” asked Theremon softly.

“Don’t let that worry you. Enough will happen.”

“Granted! And still—if nothing happens?”

For a second time, Beenay 25 spoke. “Sir, I think you ought to listen to him.”

Theremon said, “Put it to a vote, Director Aton.”

There was a stir among the remaining five members of the Observatory staff, who till now had maintained an attitude of wary neutrality.

“That,” stated Aton flatly, “is not necessary.” He drew out his pocket watch. “Since your good friend, Beenay, insists so urgently, I will give you five minutes. Talk away.”

“Good! Now, just what difference would it make if you allowed me to take down an eyewitness account of what’s to come? If your prediction comes true, my presence won’t hurt; for in that case my column would never be written. On the other hand, if nothing comes of it, you will just have to expect ridicule or worse. It would be wise to leave that ridicule to friendly hands.”

Aton snorted. “Do you mean yours when you speak of friendly hands?”

“Certainly!” Theremon sat down and crossed his legs. “My columns may have been a little rough, but I gave you people the benefit of the doubt every time. After all, this is not the century to preach ‘The end of the world is at hand’ to Lagash. You have to understand that people don’t believe the Book of Revelations anymore, and it annoys them to have scientists turn about-face and tell us the Cultists are right after all—”

“No such thing, young man,” interrupted Aton. “While a great deal of our data has been supplied us by the Cult, our results contain none of the Cult’s mysticism. Facts are facts, and the Cult’s so-called mythology has certain facts behind it. We’ve exposed them and ripped away their mystery. I assure you that the Cult hates us now worse than you do.”

“I don’t hate you. I’m just trying to tell you that the public is in an ugly humor. They’re angry.”

Aton twisted his mouth in derision. “Let them be angry.”

“Yes, but what about tomorrow?”

“There’ll be no tomorrow!”

“But if there is. Say that there is—just to see what happens. That anger might take shape into something serious. After all, you know, business has taken a nosedive these last two months. Investors don’t really believe the world is coming to an end, but just the same they’re being cagy with their money until it’s all over. Johnny Public doesn’t believe you, either, but the new spring furniture might just as well wait a few months—just to make sure.

“You see the point. Just as soon as this is all over, the business interests will be after your hide. They’ll say that if crackpots—begging your pardon—can upset the country’s prosperity any time they want, simply by making some cockeyed prediction—it’s up to the planet to prevent them. The sparks will fly, sir.”

The director regarded the columnist sternly. “And just what were you proposing to do to help the situation?”

“Well”—Theremon grinned—“I was proposing to take charge of the publicity. I can handle things so that only the ridiculous side will show. It would be hard to stand, I admit, because I’d have to make you all out to be a bunch of gibbering idiots, but if I can get people laughing at you, they might forget to be angry. In return for that, all my publisher asks is an exclusive story.”

Beenay nodded and burst out, “Sir, the rest of us think he’s right. These last two months we’ve considered everything but the million-to-one chance that there is an error somewhere in our theory or in our calculations. We ought to take care of that, too.”

There was a murmur of agreement from the men grouped about the table, and Aton’s expression became that of one who found his mouth full of something bitter and couldn’t get rid of it.

“You may stay if you wish, then. You will kindly refrain, however, from hampering us in our duties in any way. You will also remember that I am in charge of all activities here, and in spite of your opinions as expressed in your columns, I will expect full cooperation and full respect—”

His hands were behind his back, and his wrinkled face thrust forward determinedly as he spoke. He might have continued indefinitely but for the intrusion of a new voice.

“Hello, hello, hello!” It came in a high tenor, and the plump cheeks of the newcomer expanded in a pleased smile. “What’s this morgue-like atmosphere about here? No one’s losing his nerve, I hope.” 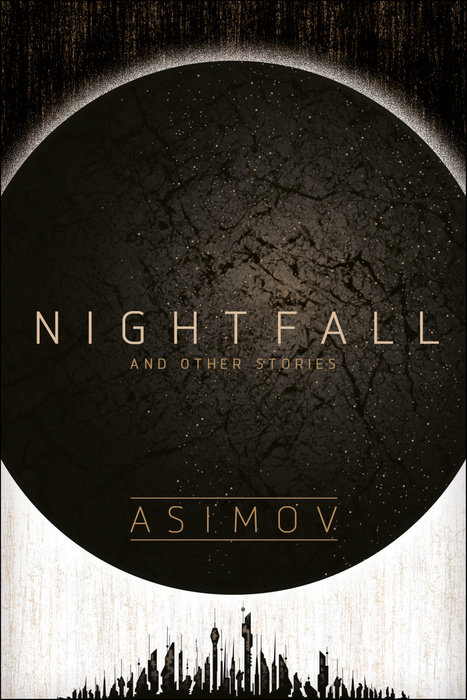