NEW YORK TIMES BESTSELLER • Jane Hawk’s one-woman war comes to an explosive climax as the rogue FBI agent gambles everything against a terrifying conspiracy, for vengeance, for justice, and for humanity’s freedom—from the author of The Silent Corner.

A visionary young filmmaker hunted for sport across a vast Colorado ranch by the celebrated billionaire at the heart of a monstrous cabal . . .

A brilliant computer hacker slipping through top-secret databases a whisper ahead of security trackers, gathering the facts to fight the all-powerful perpetrators of mass murder . . .

A pair of brutal operators, methodically shadowing their targets with every cutting-edge tool in the arsenal of today’s surveillance state . . .

A sequence of quiet heroes—everyday citizens—stepping up, stepping forward, intent on countering the advancing darkness . . .

A Vegas mob boss teamed with a homicidal sociopath, circling a beloved boy and his protectors, aiming to secure him as leverage against his fugitive mother . . .

And that fugitive mother herself, ex-agent Jane Hawk, closing in on the malevolent architects of ruin she has stalked as they stalk her, prepared to sacrifice herself to finally bring them down.

These are the people and circumstances of The Night Window, the thrilling new novel in Dean Koontz’s acclaimed Jane Hawk series. Replete—and then some—with the ingenious twists, the spellbinding action, the resonant themes, the sheer heart that have characterized Jane’s journey from the start, The Night Window follows its extraordinary heroine to her long-sought objective, in a stunning, unforgettable finale.

“The spectacular finale to Jane’s story . . . will hit series fans with all the impact of a carefully calibrated hammer blow.”—Booklist (starred review)

“The best installment in the series since the first . . . [Koontz] revs it up with entertaining encounters and offbeat humor.”—Kirkus Reviews

An excerpt from The Night Window

The triple-pane floor-to-ceiling windows of Hollister’s study frame the rising plain to the west, the foothills, and the distant Rocky Mountains that were long ago born from the earth in cataclysm, now dark and majestic against a sullen sky. It is a view to match the man who stands at this wall of glass. The word cataclysm is a synonym for disaster or upheaval but also for revolution, and he is the leader of the greatest revolution in history. The greatest and the last. The end of history is near, after which his vision of a pacified world will endure forever.

Meanwhile, there are mundane tasks to perform, obligations to address. For one thing, there is someone who needs to be killed.

In a few hours, when a late-season storm descends on these high plains east of Denver, the hunt will begin, and one of two men will die at the hands of the other, a fact Wainwright Warwick Hollister finds neither exhilarating nor frightening. Of profound importance to Hollister is that he avoid the character weaknesses of his father, Orenthal Hollister, and at all times comport himself in a more formidable and responsible manner than had his old man. Among other things, this means that when someone needs to be eliminated, the killing can’t always be done by a hireling. If a man is too finicky to get blood on his hands once in a while, or if he lacks the courage to put himself at physical risk, then he can’t claim to be a leader in this world of wolves, nor even a member of the pack, but is instead only a sheep in wolf’s clothing.

The hunt will occur here, on Crystal Creek Ranch, Hollister’s twelve-thousand-acre spread, unto itself a world of pine forests and rolling meadows. The chase will not be fair, because Hollister does not believe in fairness, which exists nowhere either in nature or in the human sphere. Fairness is an illusion of the weak and ignorant; it is the insincere promise made by those who manipulate the masses for gain.

The quarry, however, will have a chance to survive. A very slim one, but a chance. Although Hollister’s father, Orenthal, had been a powerful man physically as well as financially, his heart had been that of a coward. If ever he had decided that he couldn’t farm out all the violence required for the furtherance of his business, if he’d seen the moral need for every prince to be also a warrior, he wouldn’t have given the quarry any chance whatsoever. The hunt would have been an empty ritual with only one possible end: the triumph of Orenthal and the death of his prey.

Now the security system, which always knows Hollister’s location in this forty-six-thousand-square-foot residence, speaks in a soft, feminine voice. “Thomas Buckle has arrived in the library.”

Thomas Buckle is a houseguest from L.A. The sole passenger on Hollister’s Gulfstream V, he landed two hours earlier, at eleven o’clock this morning, on Crystal Creek’s six-thousand-foot airstrip, was driven 1.6 miles from the hangar to the main house in a Rolls-Royce Phantom, and settled in a guest suite on the main floor.

He will most likely be dead by dawn.

The house is a sleek ultramodern masterpiece of native stone, glass, and stainless steel, with floors of limestone on which ornately figured antique Persian carpets float like lush warm islands on a cold pale sea.

The library contains twenty-five thousand volumes that Hollister inherited from his father. The old man was a lifelong reader of novels. But his son has no use for fiction. Wainwright Warwick Hollister is a realist from his epidermis to his marrow. Orenthal also read many works of philosophy, forever searching for the meaning of life. His son has no use for philosophy because he already knows the two words that give life its meaning: money and power. Only money and power can defend against the chaos of this world and ensure a life of pleasure. Those people whom he can’t buy, Hollister can destroy. People are tools, unless they decline to be used, whereupon they become merely obstructions that must be broken and quickly swept aside—or eliminated entirely.

With no need for his father’s books, he had considered donating the collection to a charity or university but instead moved them to this place as a reminder of the old man’s fatal weakness.

Now, at one o’clock, as Hollister enters the library, Thomas Buckle turns from the shelves and says, “What a magnificent collection. First editions of everything from Ray Bradbury to Tom Wolfe. Hammett and Hemingway. Stark and Steinbeck. Such eclectic taste.”

Buckle is twenty-six, handsome enough to be an actor, though he dreams of a career as a famous film director. He has already made two low-budget movies acclaimed by some critics, but box-office success has eluded him. He is at a crucial juncture, an ambitious young man of considerable talent whose philosophy and vision are at odds with the common wisdom that currently prevails in Hollywood, which he has begun to discover will limit his opportunities.

He has come here in response to a personal phone call from Wainwright Hollister, who expressed admiration for the young man’s work and a desire to discuss a business proposal involving film production. This is a lie. However, as people are tools, so lies are nothing more than the various grips that one must apply to make them perform as wanted.

Upon the director’s arrival, Hollister had briefly greeted him; now there is no need for the formalities of introduction. A smile is all he requires when he says, “Perhaps you would like to select one of these novels that’s never been filmed and make it our first project together.”

Although he is the least sentimental of men and although he has no capacity for the more tender emotions, Wainwright Hollister is graced with a broad, almost supernaturally pleasant face that can produce a smile with as many charming permutations as that of any courtesan in history, and he can use it to bewitch both women and men. They see compassion when in fact he regards them with icy contempt, see mercy when they should see cruelty, see humility when he views them with condescension. He is universally thought to be a most amiable man with a singular capacity for friendship, though in his heart he views everyone as a stranger too unknowable ever to be a friend. He uses his supple, glorious smile as if it were a farmer’s seeding machine, planting kernels of deceit deep in everyone he meets.

Having been flown to Colorado in high style and having been treated like a prodigal son, Thomas Buckle takes seriously the offer to select any book in this library to translate to film. He looks around wonderingly at the shelves of material. “Oh, well, I sure wouldn’t want to make that choice lightly, sir. I’d want to have a better idea of what’s here.”

“You’ll have plenty of time to pore through the collection later,” Hollister lies. “Let’s have lunch. And please dispense with the ‘sir.’ I haven’t been knighted. Just call me Wayne. ‘Wainwright’ is a mouthful, and ‘Warwick’ sounds like the villain in some superhero movie.”

Thomas Buckle is an honest young man. His father is a tailor, a salaried employee of a dry-cleaning shop, and his mother works as a department store seamstress. Although his parents struggled to contribute to his film school tuition, Thomas paid for most of it, having worked part-time jobs since his freshman year in high school. On his two movies, he cut his fees for writing and directing, in order to increase the budget for actors and scene setups. He’s too naïve to realize that his producing partner on those projects cleverly siphoned off some of the studio’s money, which Hollister discovered from the exhaustive investigation he commissioned of Buckle’s affairs. As the child of honest people, as an earnest artist and a striver in the all-American tradition, the young man has an abundance of hope and determination, but a serious deficit of street smarts; much to learn and no time left to learn it.

As they make their way from the library to the dining room, Tom Buckle can’t restrain himself from commenting on the grandeur of the house and the high pedigree of the paintings on the walls—Jackson Pollock, Jasper Johns, Robert Rauschenberg, Andy Warhol, Damien Hirst. . . . He is a poor boy enchanted by Hollister’s great wealth, much as the sorcerer’s apprentice might be captivated by the mystery of his master during the first day on the job.

There is no envy in his manner, no evidence of greed. Rather, as a filmmaker, he is besotted with the visuals. The drama of the house appeals to him as a story setting, and he is spinning some private narrative in his mind. Perhaps he imagines a biographical film of his own life, with this scene as the turning point between failure and phenomenal success.

Hollister enjoys answering questions about the architecture and the art, telling anecdotes of construction and acquisition. Only when he senses Tom Buckle has been drawn into his host’s orbit, and then with great calculation, does Hollister put one arm around the young director’s shoulders in the manner of a doting uncle.

This familiarity is received without the slightest stiffening or surprise. Honest men from honest families are at a disadvantage in this world of lies. The poor fool is as good as dead already. 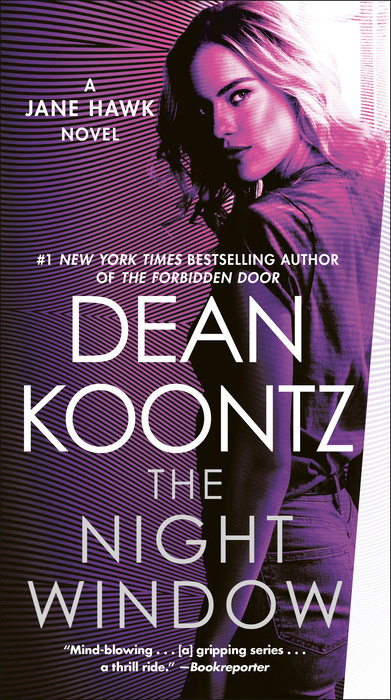